The Supreme Court played a pivotal role in the establishment of the tribal gaming industry. But as Paul Girvan reports, recent rulings and a raft of conservative appointments make it impossible to gauge how it will respond to a number of potentially transformational cases working their way through the US legal system. 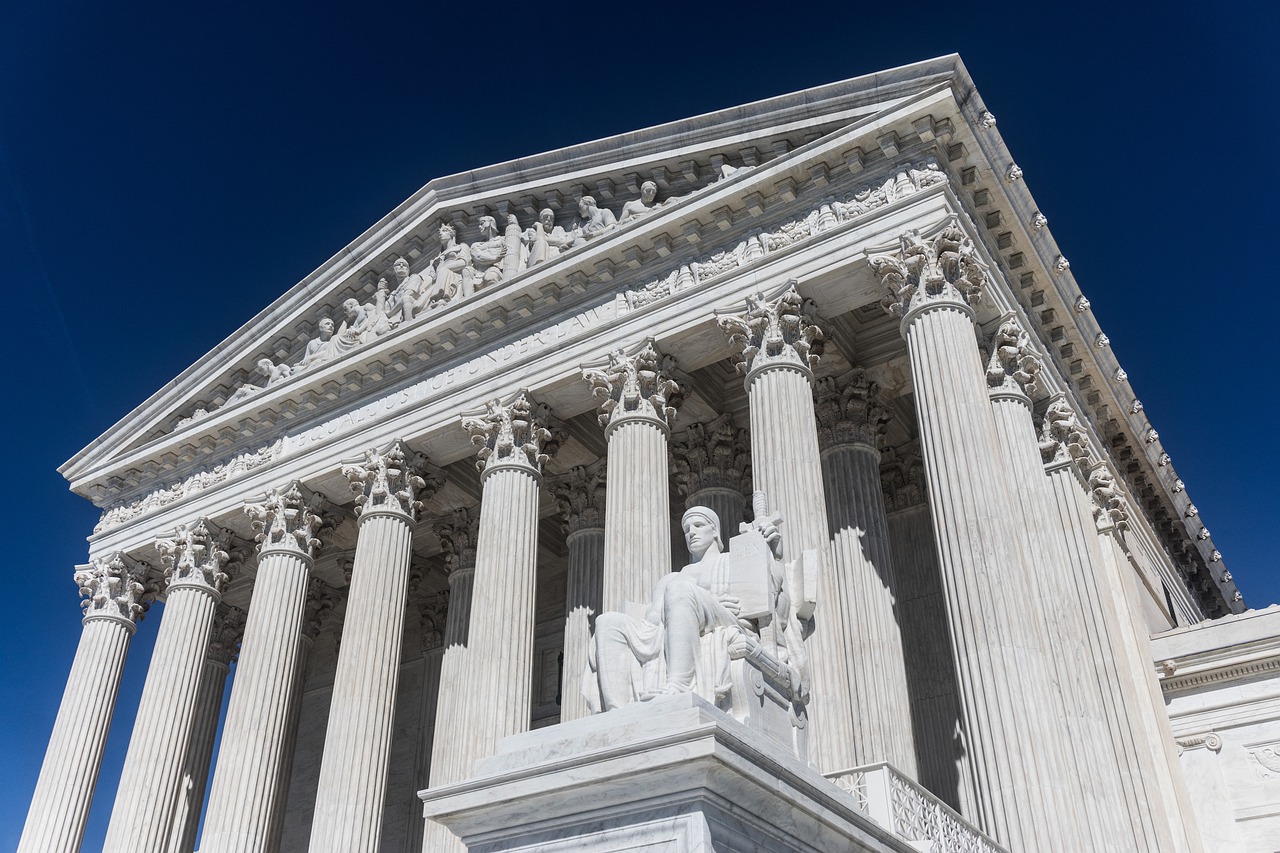 Thirty-five years ago, the US Supreme Court issued the California vs Cabazon decision, a seminal moment that birthed the modern tribal gaming industry.

This case addressed California’s effort to assert that the high-stakes bingo and cardroom operations of two small tribes (the Cabazon and Morongo Band of Mission Indians) was in violation of the state’s gambling laws.

The Supreme Court found that because state law did not prohibit gambling as a criminal matter, but rather was regulatory in nature, it could not be applied to the tribal operations whose existence was protected by tribal sovereignty.

Hard pressed tribes across the US grasped at this opportunity. Today, as a result, there are approximately 520 tribal casinos operated by 244 federally recognised tribes.

These gaming tribes operate in 29 of the 50 states and employ over 300,000 people, half of whom are Native American. In terms of gross gaming revenue these tribal casinos generate $39bn.

Over the years there have been many challenges faced by the tribal gaming industry, generally revolving around the conflict between states’ rights and tribal sovereignty, and the required negotiation of tribal and state compacts as they relate to gaming.

In the last few years there have been three significant cases to reach the Supreme Court that have had the potential to impact the cornerstone principle of sovereignty upon which the industry is based.

Only one of these rulings involved gaming directly but all have had the potential to affect the tribal gaming industry, however indirectly. These cases have resulted in increased speculation as to the direction of the court among tribes and industry observers.

Shifting composition of the court

The level of angst was increased by the changing makeup of the court. It has progressively become more conservative and is generally perceived to be more sympathetic to states’ rights over the federal government (such as the recent overturning of Roe vs Wade), and by extension the tribes.

It should be remembered that as sovereign nations a tribe’s relationship is primarily with the federal government, not state governments. Therefore, any changes in emphasis in that relationship to the benefit of the states represents an existential threat to tribal sovereignty, and the tribal gaming industry upon which it is based.

The first of these cases was the bombshell McGirt vs Oklahoma case in 2020. This was unrelated to tribal gaming and found under the Major Crimes Act, a large portion of eastern Oklahoma (including the metropolitan area of Tulsa) was tribal land. This was down to Congress failing to disestablish the reservation of the ‘Five Civilized Tribes’ in the Oklahoma Enabling Act of 1906.

As a result, crimes by Native Americans committed on these lands were the purview of tribal courts and the federal judiciary. While not directly related to tribal gaming, this decision was broadly seen as strengthening sovereignty and hence underpinning tribes’ gambling operations.

In September 2020, Bader Ginsburg died and was replaced on the court by Amy Coney Barrett in October of that year. Widely seen as a conservative justice, appointed by Donald Trump, this heralded the ascendancy of a conservative court and the highly charged overturning of Roe vs Wade. It also raised concerns among tribal leaders that tribal sovereignty might now also be threatened.

In June 2022 the new Supreme Court then issued a decision in the Oklahoma vs Castro-Huerta case that seemed, at first glance, to support this fear. The ruling acted as a clarification or follow on from the McGirt case in that it ruled that state governments have the right to prosecute non-Natives for crimes committed on tribal members on reservation lands.

This seemed to weaken the effect of the McGirt ruling which held that reservation land was outside the reach of state law for many criminal matters. Again, the decision was narrow (5-4) with Amy Coney Barrett now replacing Ginsburg as the deciding vote.

What was equally concerning was some of the statements made by justices, such as this from Brett Kavanaugh: “A state has jurisdiction over all of its territory, including Indian Country.”

It is notable that all the dissenters in this case were in the majority in the McGirt case including Neil Gorsuch, a Trump appointee. Gorsuch has emerged as an advocate for tribal issues, writing for the dissent, “Tribes are not private organizations within state boundaries.  Their reservations are not glorified private campgrounds. Tribes are sovereign.”

He further stated: “Where once this court stood firm, today it wilts. After the Cherokee exile to what became Oklahoma, the federal government promised the tribe that it would remain forever free from interference by state authorities. Where our predecessors refused to participate in one state’s unlawful power grab at the expense of the Cherokee, today’s court accedes to another’s.”

This had to have been music to tribal leaders’ ears across the US. Gorsuch’s emergence as an advocate of tribal rights stems from his history. He grew up in Colorado and served on the 10th Circuit Court of Appeals in Denver, which covered the western states of Colorado, Kansas, New Mexico, Oklahoma, Utah and Wyoming. As such he has a lifetime of experience and exposure to tribal issues from which to draw, clearly setting him apart from his colleagues.

The third case focused on the appeal by the Ysleta del Sur Pueblo of the Fifth Circuit ruling that permitted Texas to regulate electronic bingo on Indian Lands. Setting aside the derogatory references to electronic bingo as “dingo,” the Supreme Court found in favor of the plaintiff.

Since Texas allowed bingo (albeit in a charitable format) across the state and promoted the state lottery it could therefore not prohibit similar gaming on Indian lands, as per IGRA.

The state of Texas held that the 1987 Restoration Act that granted federal recognition to the Tigua prohibited gaming on Indian lands if prohibited across the state, and that this was a surrogate for federal law and superseded IGRA.

The 5-4 decision was a surprise to many, with Amy Coney Barrett joining the majority. This decision has been lauded as a victory for tribal sovereignty and directly for tribal gaming.

The dissent was vociferous, citing ‘textualist’ precepts, such as John Roberts’ statement that, “A straightforward reading of the statute’s text makes it clear that all gaming activities prohibited in Texas are also barred on the tribe’s land.”

While the balance on the Supreme Court has undoubtedly changed and impacted its rulings on tribal issues, these cases illustrate that the dynamics at play are by no means cut and dried.

Roberts, Alito, Kavanaugh and Thomas seem to be influenced by consideration of states’ rights.  Sotomayor, Breyer and Kagan provide a more sympathetic ear to tribes and appear more willing to follow Indian Canon (which holds that, where possible, deference should be ascribed to the position of Indian Tribes).

Gorsuch has emerged as a vocal advocate of tribal rights. Amy Coney Barrett, the most recent addition to the Supreme Court, has a less defined position, is less emotive, and likely to rule on the plain language of any case that comes before her. In the end Barrett, who now seems to be the swing vote on tribal issues, will likely vote based on the specifics of the case brought before her. In other words, all bets are off.

Some might argue the Supreme Court would be leery to directly assault tribal sovereignty given how it underpins IGRA and the development of a massive economic engine, spread across many states, employing hundreds of thousands of people. However, as the overturning of Roe vs Wade shows, this court does not seem overly constrained by causing national upset, or overturning precedent.

Looking forward, two tribal gaming related cases have the potential to end up before the Supreme Court. The first is the Seminole case in which the State of Florida signed a compact with the tribe to grant exclusivity on sports betting. The second is the Maverick Gaming case in Washington State that holds that the state had provided a gaming monopoly to tribes to provide sports betting.

Both cases revolve around a state’s right to negotiate compacts that essentially provide tribal monopolies. They amount to an attempt by plaintiffs to turn IGRA on its head, by arguing what is prohibited for others in the state to provide, should also be prohibited for tribes.

This, of course, ignores the requirement of IGRA that states have the right to negotiate a compact with tribes.

If either the Seminole or Maverick case – or both – make it to the Supreme Court, it is difficult to handicap which way the Court would rule, says John Tahsuda, a former Senior Counselor to the Secretary of the Interior and current partner in strategic communications firm Navigators Global.

“As supporters of states’ rights, you would think the conservative majority on the Court would rule for upholding the tribal-state compacts in support of state law, yet the disdainful remarks for tribal bingo by Chief Justice Roberts in his dissent in the Ysleta case makes that seem a poor bet,” Tahsuda explains.

The outcome is impossible to predict with any certainty and is likely dependent on the specifics of each case. Supported by the principle of the Indian Canon, it is likely that the three liberal justices will rule in favor of the tribes.

Gorsuch will, based on past rulings, likely stretch to rule in favor of the tribes, deploying Indian Canon if necessary. Conservative justices, despite their assertion of states’ rights in other cases, could invoke antitrust laws.

Amy Coney Barrett, the newest and least defined member of the Court, is likely to look at the narrow specifics of each case and rule on a ‘textualist’ basis.

Should these two cases reach the Supreme Court, adverse rulings have the potential to create significant turmoil in tribal gaming. However, it is unlikely that either case provides the basis of an existential threat to tribal gaming nationwide.

Nevertheless, in the immortal words of the robot on the 1960’s TV series Lost in Space: “Danger! Danger!”

Paul Girvan is chief executive of PKC Gaming & Leisure Consultancy. He has been involved in the US gaming industry since its development beyond Atlantic City and Las Vegas, conducting project-specific and statewide analyses for governments, tribes and commercial casino operators. Girvan has conducted numerous nationwide and state-level analyses on igaming and its legislative development. He is also the author of the annual ICE 365 Tribal Gaming Report.