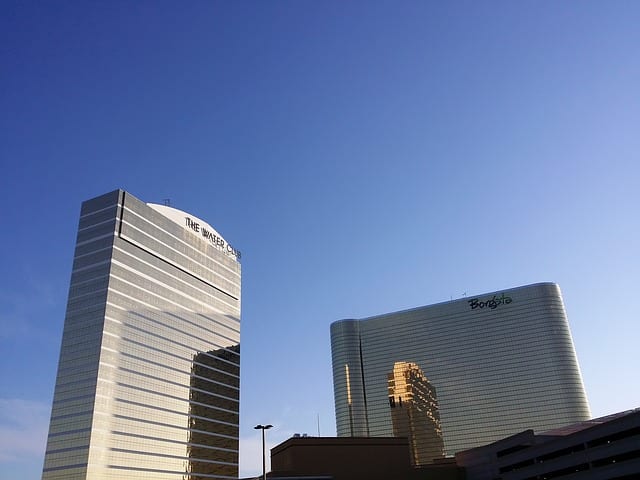 In his latest dispatch from G2E, Scott Longley reports on optimism over New Jersey’s forthcoming results.

Helped by the first full month of the NFL season and further new entrants in the market, the New Jersey sports betting market figures for September, which are due to be released on Friday, will be “stunning” according to a director from the state’s regulator.

David Rebuck, director at the New Jersey division of gaming enforcement, said that revenues from sports betting “would not disappoint the industry” as he revealed to the audience that this week’s new gross gaming revenue (GGR) figures would be “stunning.”

“It includes the first full month of both NFL and collegiate football and with a lot more operators up and running,” he told the audience at G2E in Las Vegas on Tuesday.

Rebuck said that sports betting remained in its infancy in the US and said that while progress towards further state moves would likely be limited until after the dust settles on the mid-term elections in the US in November, next year would be a “bumper year.”

He also joined the chorus of complaints from the states and the industry over the House sub-committee hearing held in late September.

Pointing to suggestions from sub-committee members that state regulators were in a “race to the bottom,” Rebuck countered that the states were actually making up for the regulatory shortfall caused by PASPA.

“We have taken a broken system, at the brink of an abyss, and in allowing states to move in we have brought the standards of regulation and oversight to the very highest levels.”

Susan Hensel, director of licensing at the Pennsylvania Gaming Control Board, concurred. “Gaming has always been a state and tribal rights issue,” she said. “We have proven we are capable and competent in regulating gaming and I don’t see why that wouldn’t hold true with regard to sports betting.”

Any Federal move would be attempting to “reinvent the wheel” according to Matthew Morgan, director of gaming affairs at the Chickasaw Nation. “There are such a network of regulatory bodies. See what works and what is necessary.”

Opening up the sports betting symposium yesterday, Sara Slane, senior vice president of public affairs at the American Gaming Association, said that the “unadulterated victory” from May in the Supreme Court was in danger if the House sub-committee chairman Jim Sensenbrenner got his preferred route of federal oversight re-inserted into the sports betting discussion.

Pointing to Sensenbrenner’s suggestion that “everyone would agree” that that if Congress were to “do nothing” it would be the “worst possible alternative,” Slane said these comments came as “something of a surprise.”

“The truth of the matter is that we are close to the election season and we expect the committee make up to change after November,” she added. “We do not need their involvement.”

Aurene Martin, president at Spirit Rock Consulting, said the tribes were in lock-step with the commercial casinos on the issue of federal insight. But she added that those expecting a flood of tribal sports betting in the next year or more would likely be disappointed.

“If I had to guess, I don’t think you will see a massive rollout of sports betting in tribal jurisdictions, I think it will be a slow trickle.”

Rebuck also castigated the efforts of the sports leagues to get integrity fees included in state legislation.

“They have been unsuccessful in getting anything they want,” he said. “I think the integrity fee issue is losing steam. It was a bad PR campaign. It was a major tax. That wasn’t going to happen. Official data is now the red herring that is being thrown out and that is confusing for operators and regulators.”

He did caution, however, that the leagues were likely to continue their campaign helped by the lobbying power of the various team owners.

“Every team is owned by a billionaire,” he said. “They have tremendous access and power and they can be very powerful advocates. Leaders have to understand the consequences of supporting the league’s position.”