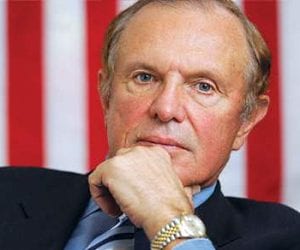 Having battled tirelessly to bring igaming to New Jersey and lay the foundations for the largest and most advanced state market in the US, New Jersey Senator Raymond Lesniak recently threw his hat in the ring to succeed Chris Christie as state governor.

The Senator spoke to iGBNA's Stephen Carter about his reasons for running, his ongoing fight to bring sports betting to New Jersey, and where igaming initiatives would fit in to his plan to revitalise the Garden State should he be elected.

iGaming Business North America: What factors have driven you to run for governor of New Jersey?
Raymond Lesniak: For me it was what a chess player would call a “forced move”. This state is in such dire straits, both fiscally and economically, that a legislator cannot have much impact on this. Only a governor can, and it will require reforming and restructuring of government. I have devoted most of my life to serving the people of New Jersey, and believe that we’re headed for a cliff, and that if we don’t have someone experienced and willing to take bold action, as I have always been prepared to do, that the state is going to continue to go in the wrong direction.

IGBNA: Which constituencies and issues will you be targeting with your campaign?
RL: My overall theme is to make New Jersey affordable, to give the people a vote and a voice in government. This is a grass roots-type campaign that has, I believe, a great chance of success in this political climate, where people are totally disgusted with the political establishment, and where the Democratic Party leadership in New Jersey have all coalesced around this guy Phil Murphy, a Goldman Sachs billionaire who is spending tens of millions of dollars to get their support. That, I believe, is not what the people are looking for or what the state needs.

IGBNA: You have been the big political champion of igaming and betting and racing expansion in New Jersey. What initiatives can we expect to see you pursue on this front if you become governor?
RL: Absolutely, and that’s part of the reason why I am running for governor, because I do not believe we have explored the potential of the igaming platform aggressively enough, not only in terms of partnership with other states but also with international partners. I would also be an advocate in Washington to ensure that what we have is not taken away, and of course to continue the fight for sports betting. The potential for revenue from internet wagering on sports is enormous, and it would give New Jersey, our casinos and racetracks in the state itself, a huge lift if we were able to pull that off. I have been the strongest advocate for [legalised sports betting] in the country, and believe I’m the one who can pull that off. That would certainly be a key part of what I would do as governor.

IGBNA: After having fought alone for sports betting so long, do you feel momentum is now swinging more in favour of New Jersey, with the Supreme Court requesting a brief from the incoming Solicitor General, and the AGA and other states joining the case?
RL: I feel I’m still fighting alone, although I’m gratified to see New York state has introduced legislation following the legislation we have in New Jersey. They come under a different federal court district, so could get a more favourable panel hearing there. And we have been encouraged by the fact the US Supreme Court has asked the Solicitor General to weigh in, which basically means that they are undecided. Since we are the appellant and we lost below, you would think that under normal circumstances and since it takes so few cases, being undecided is a good thing for us. And we have the leagues now, the NBA being strongly in favor of legalised sports betting, and baseball and hockey tacitly so.

What I’ve also been asked to do, but have resisted, is to call the NFL’s bluff, as they’re the gorilla in the room, by repealing all our laws against sports betting, which means the corner grocery store could open up a sportsbook. We wouldn’t be able to license them at all, and that would prompt the NFL to run to Washington to get it regulated. But I also do not think that’s good public policy for the state of New Jersey. Although when I was growing up, I was able to place a bet at my local grocery store in my neighborhood! But we do not want to go back to that.

IGBNA: New Jersey's igaming returns got criticised early on for not living up to expectations. In light of the growth and tax revenues it’s now generating, do you feel vindicated?
RL: It kept the lights on in a couple of our casinos, for sure, and Christie’s projections were never mine. He did that in order to be able to balance his budget, which certainly had a negative effect nationwide on other states who were considering either partnering with us or going it alone, their response being: “Ah, it’s not what it’s cracked up to be.” But when you look at it from a practical perspective, it’s a good revenue stream, particularly for an industry like the one we have in Atlantic City, which has been in constant decline. The market is now starting to mature, which also should have been expected. So, it was oversold. I never made those projections. But it’s doing its job now. However, as I said earlier, the igaming market could be doing a lot better if we partnered with other states and went international, and that is certainly something I would focus on if I were to become governor.