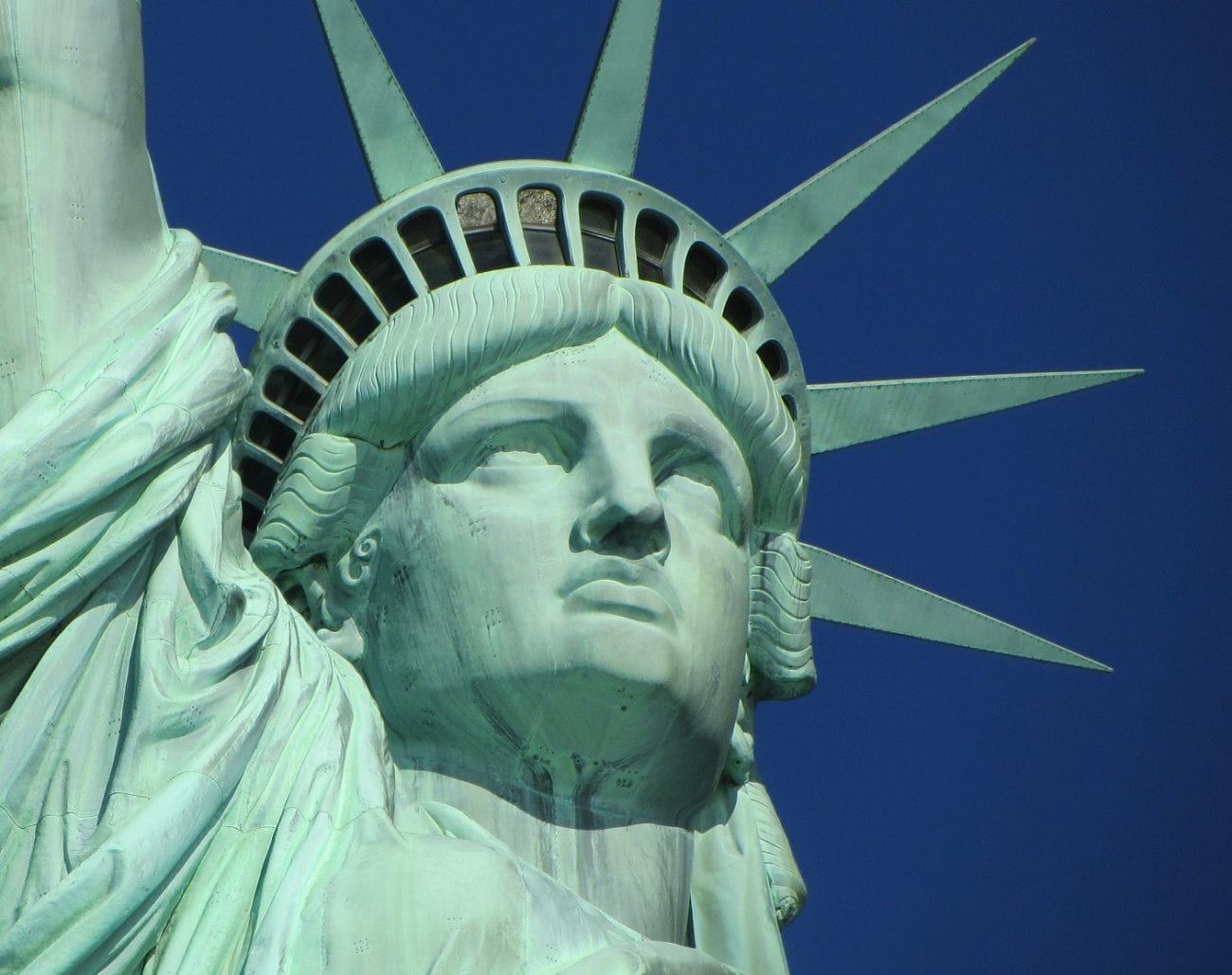 In this new series of updates from the US, Segev LLP offers a state-by-state look at how regulation is shaping up across the land of opportunity

Two months after the US Supreme Court’s historic decision to strike down the 1992 Professional and Amateur Sports Protection Act (PASPA), New Jersey and Delaware have already commenced with legalised sports betting.

At least 15 others have at least considered legalisation, and surely a handful of them will follow through within the next year.

Massachusetts: Studying the issue, nothing imminent

Despite calls from some legislators to move quickly with regulated sports betting on the heels of the PASPA repeal, governor Charlie Baker has cautioned against rushing into it and says the state will not look at the matter until 2019.

Meanwhile, in June, the Senate directed the Economic Development and Emerging Technologies Committee to commence a study of the potential economic impacts of several gambling expansion proposals under consideration.

Rhode Island: Authorised sports betting is on the way

In June the Rhode Island legislature passed a bill that will give the state 51% of revenues drawn from wagering. The state’s newly passed budget is counting on $23.5m of revenue coming from sports betting in the fiscal year starting 1 July.

Michigan: Something to think about over summer recess

In June the legislature saw the introduction of multiple measures, collectively known as the Lawful Internet Gaming Act, but adjourned for summer recess before moving on it.

The law would allow multiple forms on online gambling, including sports betting, and would create a Division of Internet Gaming to oversee licensing and regulation.

The tax rate would be 10% on gross gaming revenue, but that number could change upon review and negotiation with tribal interests.

Kentucky: Tax could be problematic

On 18 June nine legislators announced that they had formed a panel to draft a bill to legalise sports betting.

The legislature will likely take it up during the 2019 session, which runs January-April. The bill does not include payment of integrity fees, but there is some potential for league input and influence.

Carroll’s bill would allow the governor to appoint sports league executives to a 15-member commission that will make recommendations for regulating sports betting. One matter to keep an eye on is whether the 3% tax on handle can be reduced.

Many are skeptical as to whether the industry can be viable at this rate. It is unclear at this point whether legalised sports betting in Kentucky would extend to remote electronic channels.

On 12 July senators John Eklund and Sean O’Brien introduced a placeholder sports betting bill to be taken up at a later date.

The one page bill expresses “the intent of the General Assembly to develop and enact legislation legalising sports wagering.”

The state’s legislature will meet briefly in each of the final five months of the year. Whether sports betting will be a priority is unclear.

Assemblyman Adam Gray, has introduced a bill to amend the state constitution to authorise laws to regulate sports betting.

If his effort is successful, the matter will come up on the November ballot.  More than likely, however, it will have to wait. Senator Bill Dodd, who chairs the Senate Governmental Organisation committee, which oversees gambling issues, doesn’t expect such a referendum to appear until June 2020.

In July comptroller Peter Franchot announced proposed regulations for daily fantasy sports. The new rules could come into effect as early as October.

Meanwhile, Franchot spoke out adamantly against a proposed special session to work on a sports betting regulation bill, stressing that it should not be brought up until the next legislature commences in January 2019.

In March the House passed a bill to allow sports betting at Maryland casinos and horse racing tracks on the November ballot through a voter referendum on a constitutional change.

The Senate voted against the bill, which looks to be on hold now until next year.

Mississippi legalised sports betting through a fantasy sports bill passed in 2017, with regulators standing by until the repeal of PASPA in May.

The venues may only offer sports betting on casino premises. Wagering via handheld devices will be allowed, but only if the participant is physically located on the casino property.

A 12% revenue tax will be assessed, with 8% going to the state and 4% going to local municipalities. Betting will likely commence in time for the NFL football season, which kicks off in early September.

Upon authorising sports betting through the passage of a bill in March, the intention in West Virginia was for live betting to roll out by end of summer, but the government and the casino lobby will first need to come to an agreement on who will be responsible for paying integrity fees.

The Lottery Commission, which will oversee sports betting, released its newly approved emergency rules on 9 July. The Commission has until 1 December to submit permanent rules through the prescribed rulemaking process.

The license fee for participating casinos will be $100,000 annually. Betting is to take place at sports betting lounges within licensed gaming facilities.

Casinos can contract with third-party vendors to develop applications for online and mobile wagering, with remote electronic gambling limited to patrons located physically inside state borders.

Nine Pennsylvania casino operators have applied for online gambling licences, all of them within days of a legislatively mandated deadline.

The state’s 12 casino operators had until 16 July to submit applications for umbrella licenses covering three categories of gaming – slots, casinos games and poker – at a cost of $10m.

The remaining three eligible operators have until 13 November to apply for a la carte licenses at a cost of $4m per category.

The regulations allow for 12 licensees, so if any or all of the remaining three Pennsylvania operators don’t apply by the next deadline, the state will open the door to out-of-state applicants.

While the state’s 12 casinos may have to deal with out-of-state competition for online market share (if any licences remain available), they want to see to it that the state lottery cannot infringe on their exclusivity.

They collaboratively penned a letter in late June to governor Tom Wolf, asking him to shut down the state’s newly launched online lottery, which they believe includes games that mimic casino games.

Since the commencement of online sales in early June, the lottery has registered 45,000 online customers who have collectively wagered $21.6m, generating $2.9m in revenue.

The new bill, which would have levied an 8.5% tax on gross revenue, failed to progress, and the legislature adjourned 20 June.

Now, the Gaming Commission is working through “short term” regulations that would authorise sports betting at the locations specified in the 2013 law.

There is still speculation that a bill authorising full-scale sports betting in New York will be re-introduced in 2019, although Bonacic is leaving office at the end of 2018.

Legislators have considered at least five different bills in 2018 related to sports betting. It likely won’t be looked at until after the November 2018 elections.

The short-term future for sports betting in Connecticut could come down to whether governor Dannel Malloy calls for special legislative session to address a regulatory bill that failed to pass during the regular session.

While the state passed legislation in 2017 in anticipation of the PASPA repeal, a more definitive, comprehensive law will likely be needed to bring regulated sports betting to fruition.

The primary stumbling block is whether the state can work out an agreement with the Mashantucket Pequot and Mohegan tribes, which claim exclusive rights to offer sports betting.

Mallow said the measure would not proceed absent such an agreement. Whether online sports betting would be authorised in addition to betting at casinos is also a point of contention.

In addition to the states already mentioned, at least six other states – Colorado Indiana, Iowa, Louisiana, Oklahoma and South Carolina – looked at sports betting legislation in 2018 and could see it resurface next year.