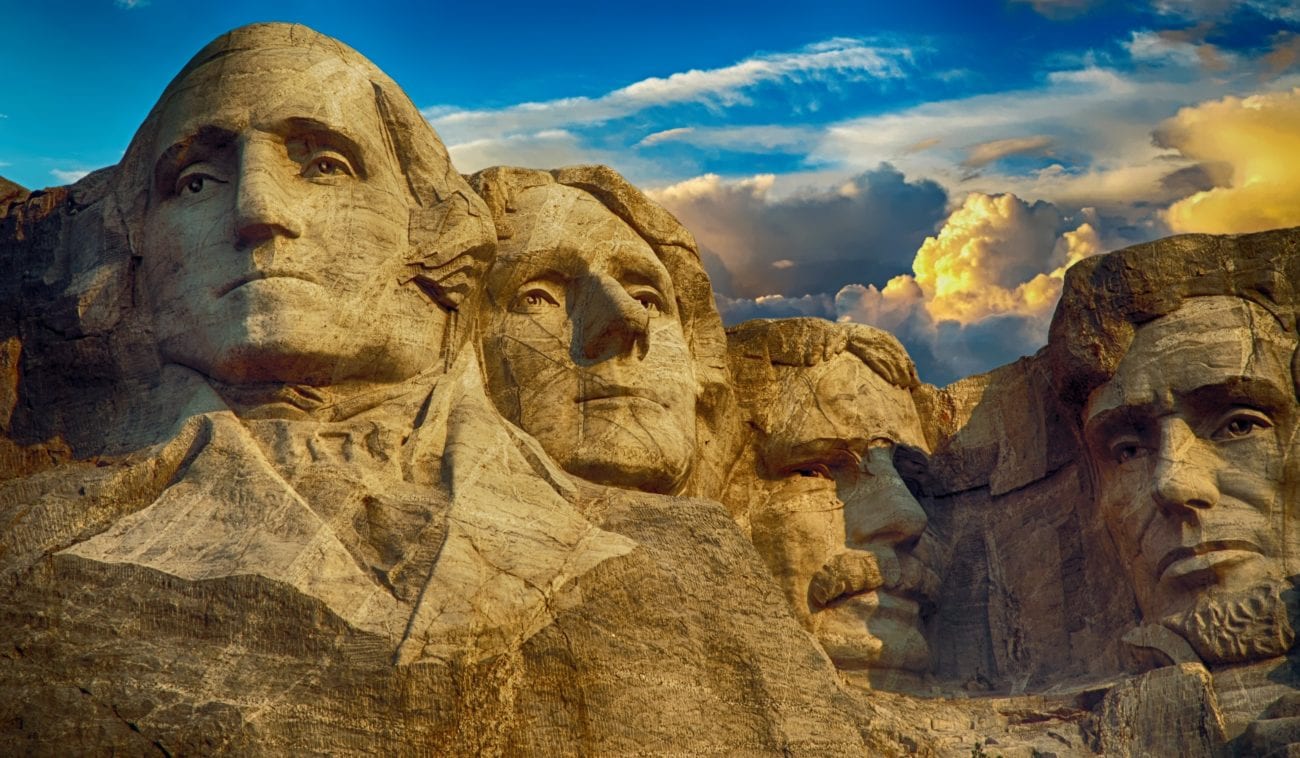 Sports betting remains at forefront of the US gambling policy landscape and will be driving issue for months to come. August got under way with the rollout of legal sports betting in Mississippi and closed with the launch of live sports betting in West Virginia. That brings the total number of states to go live since the repeal of the Professional and Amateur Sports Protection Act (PASPA) to four. Additionally, Pennsylvania and Rhode, have approved legalised sports betting and are expected to join the growing list before the end of the year.

Following is a state-by-state look at what’s happening across the country.

Legal sports betting officially began in Mississippi on 1 August at noon, with sportsbooks at Gold Strike Casino in Tunica and Beau Rivage in Biloxi opening their doors for business. Mississippi is the third state, following New Jersey and Delaware, to take legalised sports betting operational following PASPA’s repeal, and one of the few expected to do so in time for the start of the NFL season.

The venues may only offer sports betting on casino premises. Wagering via handheld devices will be allowed, but only if the participant is physically located on the casino property. A 12% revenue tax will be assessed, with 8% going to the state and 4% going to local municipalities.

Despite the $10m licensing fee and the 36% tax rate, the Pennsylvania Gaming Control Board has reported that they have received two applications for permits to offer sports betting: the first on 17 August, only a two days following the legalisation of sports betting, from Penn National Gaming, the owner of Hollywood Casino in suburban Harrisburg, and the second from Parx Casino on 27 August.

The Pennsylvania Gaming Control Board will not consider either application before its 3 October meeting, however, so sports betting will not be in place before the 6 September kickoff of the NFL season in Philadelphia. Sports wagering at the two casinos is expected to launch in late fall.

Meanwhile, nine of the state’s 12 casino operators have applied for umbrella online gambling licenses covering slots, casino games and poker. The remaining three operators – Lady Luck Casino Nemacolin and Presque Isle Downs, Meadows Racetrack and Casino and Mohegan Sun – have until 13 November to apply for a la carte licenses at a cost of $4m per category. The regulations allow for 12 licensees, so if any or all of the remaining three Pennsylvania operators don’t apply by the November deadline, the state will open the door to out-of-state applicants.

State officials in Rhode Island now believe sports betting will be up and running by mid-November, rather than the 1 October start date they had originally hoped for.

Despite the delay, the Rhode Island Lottery did formalise details of a significant partnership with gaming technology provider IGT and sportsbook operator William Hill, who have agreed to oversee management services at the Twin River Casino and Tiverton Casino, the state’s only licensed video lottery and table game establishments.

Kentucky: Odds are good for January

A bipartisan group of legislators is close to finalising a sports betting bill, which it plans to pre-file prior to the start of next year’s legislative session. The legislation will reportedly include mobile and online wagering, as well as betting at brick-and-mortar facilities.

The nine-member working group has reportedly also agreed to forgo an integrity fee and to tax net revenues as opposed to handle, as provided in Senator Julian Carroll’s previous bill from June.

Three sports betting bills have been introduced in the state legislature, none of which have passed a committee vote thus far. Senator Morgan McGarvey predicted that the odds of the most recent bill passing when the General Assembly meets next in January are “good.”

Ohio Senate President Larry Obhof said Senate Bill 316, which would provide for legalised sports betting in the state, will be studied in a committee after the mid-term elections in November. Obhof further predicted that the bill would not likely hit the Senate floor until 2019.

Meanwhile, questions have been raised about whether the legislature even has the right to legalise sports betting in Ohio. The state’s constitution prohibits gambling, except under specific circumstances. Other forms of gambling, such as casinos, were only legalised through a constitutional amendment in 2009, and Senator Obhof suggested that sports betting would need to be amended into the constitution by a vote in a similar manner.

Michigan’s legislature passed a sports betting regulatory bill this year in anticipation of the PASPA repeal. For regulated betting to commence, they must pass a second measure covering some of the finer details, like taxation and (potentially) integrity fees.  It’s possible that the second bill will be taken up after Labor Day, once legislature has returned from summer break.

The new bill, which would have levied an 8.5% tax on gross revenue, failed to progress, and the legislature adjourned 20 June. Now, the Gaming Commission is working through “short term” regulations that would authorise sports betting at the four casinos specified in the 2013 law. There is still speculation that a bill authorising full-scale sports betting in New York will be re-introduced in 2019, although Bonacic is leaving office at the end of 2018.

Efforts to fast track a sports betting measure in Massachusetts fell short in 2018, but Rep. Joe Wagner believes his initiative to legalise will be up for a vote in early 2019. Gov. Charlie Baker says sports betting will be addressed in January.

Likewise, legislators in both Kansas and Missouri considered multiple sports betting bills in 2018, and their sponsors are hopeful for approval in 2019.

In May, Assemblyman Adam Gray introduced a bill to amend the state constitution to authorise laws to regulate sports betting, but the measure failed to find the requisite support to get on the November ballot.

Proponents of sports betting in California now have their sights set on the 2020 ballot.
The state has approved signature collection for the most recent measure, which was introduced in June 2018. To land on the 2020 ballet, the proposal needs to garner 585,407 signatures from registered voters by February 2019.

In addition to sports betting, the measure would also authorise new types of games at card rooms, as well as roulette and craps at tribal casinos.

There is now little hope that legalised sports wagering will arrive in Connecticut in 2018. More than likely, lawmakers will get to the issue when the General Assembly reconvenes in January, at the earliest.

Governor Dannel P. Malloy asked leaders of the four legislative caucuses to gauge support for proceeding with a sports betting bill while he negotiated with the state’s two federally recognised tribes. However, after hearing back from caucus leaders, Malloy claimed that the Republicans did not want to proceed, and he has since ceased negotiating with the tribes.

Colorado: No constitutional barrier to legalisation

The path to legal sports betting in Colorado will be more straightforward than some had originally expected. After conducting a full legal analysis, Colorado Attorney General Cynthia Coffman has determined that sportsbetting is not subject to state constitutional restrictions. It is prohibited gambling under the state’s criminal code, however, so the matter is now in the hands of the legislature.

Unable to make meaningful moves towards the legalisation of sports betting during the legislative session earlier this year, lawmakers in Indiana have commissioned Las Vegas-based consultancy Eilers & Krejcik to study the issue. The group will provide lawmakers with financial and policy information that will help them develop sports betting legislation.  Eilers & Krejcik has already begun on an aggressive timeline, and expects to provide some results to Indiana lawmakers as early as this fall.

LA, MD, SC are years away

Sen. Danny Martiny made multiple efforts to get his sports betting bill on the agenda during special sessions, but Gov. John Bel Edwards would have nothing of it. Martiny said he'll make another push in 2019 but is not optimistic.

Maryland’s legislature has already passed a bill that would authorise sports betting at the state’s casinos and racetracks, but a referendum is necessary for legalisation to become a reality. This year they failed to pass legislation that would put sports betting on the ballot, which means the earliest it could come up for a vote is 2020.

Despite the introduction of a regulatory bill in South Carolina, the state is likely years away from authorising sports betting, which would require a constitutional amendment to become a reality.

Calls for a federal framework

Schumer's suggestions included the mandatory use of official league-supplied game data to govern betting markets, and that the sports leagues themselves should be involved in deciding what bets would be accepted. Schumer also suggested leagues should have to step up monitoring, among more obvious recommendations intended to promote consumer protection.

Segev LLP employs an eight-strong igaming team with corporate, commercial, IP commercialisation, M&A, private equity finance, public markets finance, privacy and data, and regulatory and compliance experience. The firm's senior attorneys have a combined total of more than 40 years in the industry and bolster our reputation as the pre-eminent single access point for US- and Canada-facing gambling operators’ legal requirements. Contact: www.segev.ca or US special counsel Mark Balestra at m.balestra@segev.ca.