La Francaise des Jeux’s acquisition of Sporting Group added an interesting component to the French giant’s B2B business, and one that could be increasingly important in a largely homogenised industry. 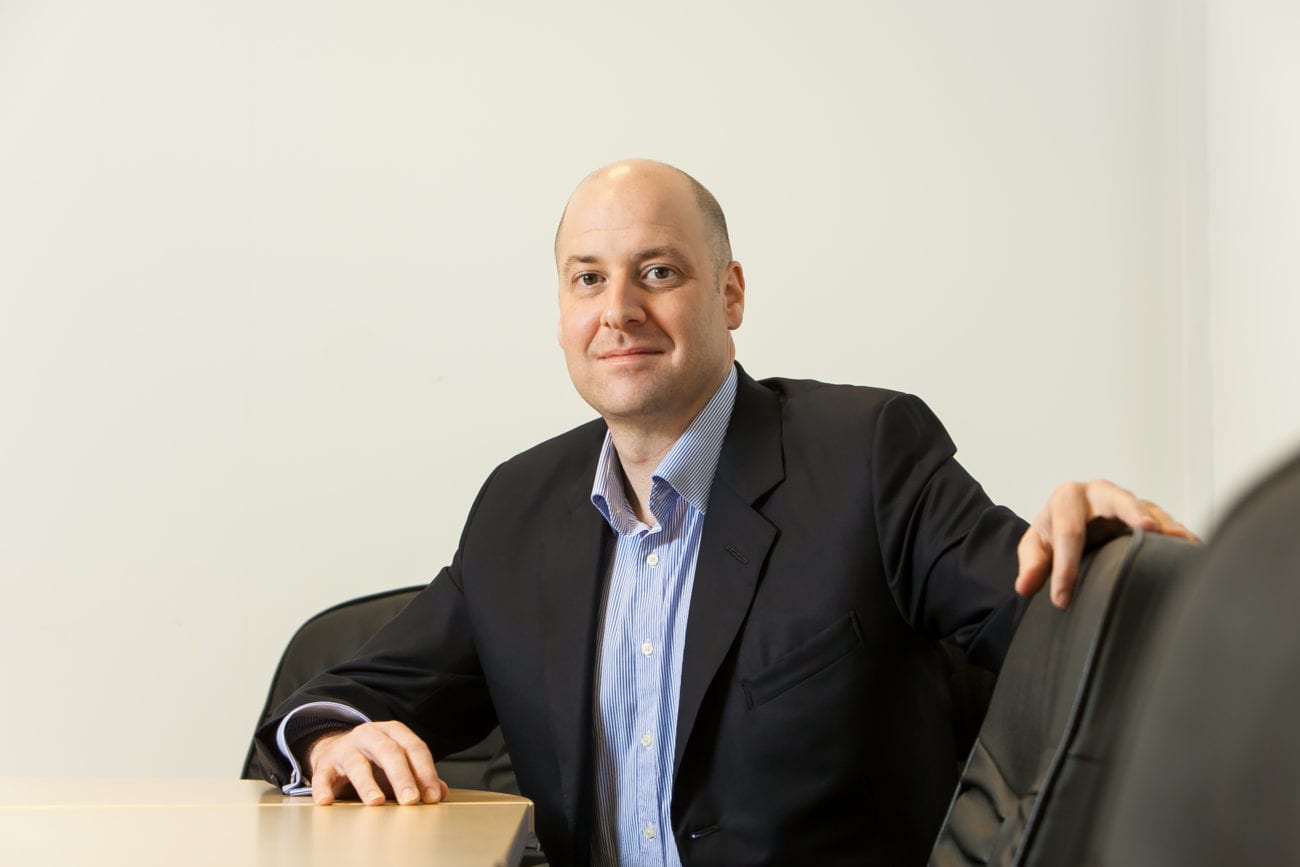 La Francaise des Jeux’s acquisition of Sporting Group added an interesting component to the French giant’s B2B business, and one that could be increasingly important in a largely homogenised industry.

The news that Sporting Group was to be acquired wasn’t so much a surprise, as it was certainly a hot property. A number of high profile suppliers had been linked with a deal for the business, previously owned by Swedish businessman Magnus Hedman. What was intriguing was the acquirer.

That La Française des Jeux (FDJ), until November majority owned by the French state, was to buy the business was a clear sign of the operator’s intent to grow its B2B business. While it has owned sportsbook technology platform Laverock Von Schoultz (LVS) since 2010, 2019 saw FDJ announce that ramping up its B2B business would be a key element of its 2025 growth strategy.

While the 2020 strategy led to the B2B elements being consolidated into the FDJ Gaming Solutions (FGS) division, the 2025 plan will put greater emphasis on growing this unit’s client base.

While FDJ’s attention has been taken up by the €1.89bn initial public offering, Sporting Solutions’ trading feed has been integrated into LVS’ Advance Betting Platform (APB). There are two deals being finalised, in North America, that mark the first time FGS and Sporting Group have worked together to secure contracts.

“It’s got off to a good start from a combined business point of view,” Sporting Group chief executive Simon Trim (pictured) says of the months following the deal.

While it retains a retail betting monopoly in France, FDJ’s core B2B business remains the lottery solutions operation. Sporting Solutions clearly fits in here, considering it counts Danske Spil and the Singapore Pools among its clients.

US prospects
However, with the US market opening up – and considering some US-facing suppliers were reportedly also in the running to acquire Sporting Group – it’s not a surprise that it will be an area of focus.

“With the US opening up there’s a big market to be going after, both for retail and online,” Trim says. “So that’s going to be a key part of [FGS’] international strategy.”

It’s arguably a surprise that it hasn’t made a push for that market yet, but in Trim’s eyes the timing just wasn’t right. Much has been made of the first 18 months of legal wagering being a period where the focus was on getting live and acquiring customers, with product to replace marketing as the focus of the market at a later date.

“I think what you’ve seen is the first wave, which is about speed to market for fantasy operators, casinos and racetracks that have the clients already,” he explains. “So the main driver has been around the sports betting engine. The likes of Kambi, SBTech, where you can stand up a service quickly have been able to take advantage of that.”

Much has been made of operators investing for the long-term. After all, today many will be reinvesting up to 100% of revenue into marketing. The biggest companies in the sector are claiming that it will take up to five years before they can turn a profit. As Trim points out, it’s much harder to make money than people thought.

“It wasn’t as if there wasn’t sports betting in the US before, there was a degree of naivety, and I think there was a need for more skill and expertise than people realised,” he says.

Whatever way you look it, the US sportsbook market is currently not worth as much as operators  are spending, so  a lot of what is being done is being done on belief,” he continues. “Larger operators probably need at least ten meaningful states – ie those with large populations – to open up with the right taxation and regulatory structures.

“In the meantime they need  to be in every jurisdiction, and are spending heavily to gain market access, build their brands, secure distribution – that’s the game they have to play. And some are doing it better than others.”

He says Sporting Solutions was “never going to be part of that initial rush” into the US market. With the ABP integration, not to mention the proprietary platform powering fixed-odds betting for Sporting Index, it can now boast a solution to power wagering for lotteries to independent casinos. It’s not harmed by the credibility of FDJ behind the business either.

“For us I think this next round is much more interesting,” he says.

While this sets out the future for the Solutions component of Sporting Group, what about Index? After all the spread betting product was where the whole business started.

It still has a place, with a new fixed odds product launched to capture a bigger wallet share of existing customers.

“We know they’re betting on fixed odds elsewhere and we have a full product set through Sporting Solutions, so it was a natural progression to launch under our own brand,” he says.

“We can also demonstrate the quality of our B2B solutions and pricing through Sporting Index, because I do think we’re in the most regulated and cut-throat market in the world in the UK, so if we can show we’re taking business and being successful there, it shows what we can do for all our Sporting Solutions clients.”

That’s not to say it’s shifting away from the core product: “Spreads is king still. It’s a fantastic business for us, and gives us a differentiated product in a world where everyone’s starting to look the same.

“We’ve been around with all those established USPs, in-play since 1992, cash-out since 1992, so we still feel we have a lot of heritage within the brand that we can grow further.”

So while the Solutions part of the business may attract more attention, Trim sees it as driving Index, and vice versa.

As part of a listed business, he’s unable to offer any figures on financial performance, but says the Cricket and Rugby World Cups have ensured a good year for the business, even without a major football tournament.

De-skilling
Perhaps key for Sporting Group in future will be the skills it has retained through maintaining its own trading and risk management services – something that has arguably been lost across the wider industry.

Trim argues that the future of the sportsbook industry will be driven by risk management, which can be used to differentiate pricing for operators.

“If you look at how quantitative risk management now dominates financials – which is essentially computers following the trading rules set by humans – 60% of trading activity on the US stock market is automated through computers carrying out the expert trading strategies they have been programmed to follow,” he says.

“This is what we are replicating through our Quantitative Trading Services (QTS) solution for sports book operators. It’s a marriage of automated algorithms set by our in-house experts.”

And the expertise to develop these expert trading strategies is something that is sorely lacking across the rest of the industry, he says.

As a trader by trade, Trim believes it’s “ridiculous” how the industry now runs.

“You’ve gone through over a decade of sportsbooks shedding the talent needed to run a sportsbook,” he syas. “In-play was a whole new product for most operators, so it was a case of getting the product out and making sure it wasn’t too different from the market, so you could choose to buy commoditised prices to power it.

“And if any player showed any skill, they’d be limited, with the focus shifting from competing on price to acquiring recreational mass market punters through free bets and bonus boosts.“

Today, however, price differentiation is necessary to generate revenue for operators – who no longer have the experience to do it. Essentially there’s too much in-play content to be managed manually, and the sort of professionals that can price events have been replaced by marketers.

“You’ve now got operators that don’t have the skill to price or the capability of automating trading strategies, so they’re stuck with a business model that is increasingly failing,” he explains.

While this hardly bodes well for the industry, it in turn creates an opportunity for specialists such as Sporting Group.

“From a Sporting Index point of view, we’re on a proprietary tech stack, all our own spreads and fixed odds systems, with all our own prices and traders,” Trim adds. “It puts us in a situation that can drive our stagey and allow us to pivot quite quickly.”

Considering this state of affairs, it’s no surprise that there was so much mooted interest in the business. And considering the charge often levelled at the largest operators, that they’re too big to think strategically and innovate, it certainly suggests some good forward planning on FDJ’s part.