DraftKings is looking to build on its sports betting success in New Jersey to become a major player across the US, writes Scott Longley 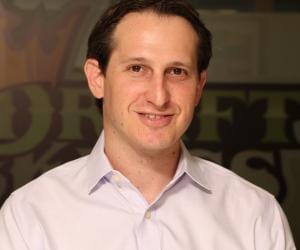 First-mover advantage in New Jersey has helped DraftKings set the pace in the early months of legal sports betting in the state, and chief executive Jason Robins says the business can replicate this dominance in other US markets.

The early data from New Jersey has placed DraftKings at the head of the market, again finding itself going head-to-head battle with fantasy sports rival FanDuel. It too is hoping to leverage its previous DFS market dominance in the adjacent sports betting sector.

Speaking at the ICE Sports Betting USA show in New York earlier this week, Robins said that being in the vanguard of the still-nascent New Jersey market had been an advantage.

“I think it is important to be an early mover,” he said. “There is a bit of seasonality to that. For us, it is particularly important to be first because we have a customer list to service. As long as you are not screwing that up, there is no reason for people to go elsewhere. The more casual customer sticks with the brand. I think most will stick.”

Robins disclosed that as it stands, in New Jersey sports betting – by handle – is 80% of the business with the remaining 20% coming from the DFS side. He said that 40% of all previous DFS users in New Jersey had made a sports bet, although he admitted having thought that the number might have been higher.

“People’s habits are sticky and it is harder to convert them from the black market,” he said.

But he added that the company was still very much in the early stages of understanding the potential and opportunity presented by US sports betting.

“The last few months have been really exciting,” he said. “Our initial view is to get a product ready that we can build and scale and have really good integration with our fantasy product. Plus we have been focusing on testing the marketing messaging and channels. We’re learning right now.”

He pointed to some of the difficulties faced by the company, having pivoted from its original daily fantasy sports focus.

“We had to figure out a whole business overnight,” he said. “[We started working on it] a year before PASPA was repealed. It was a big bet but we felt the opportunity was so large, it was too much not to make an investment there.”

He added that to a degree, it was a “leap of faith” heading into sports betting, particularly when it came to constructing the product.

Through the advertising barrage launched by DraftKings and FanDuel, now owned by Paddy power Betfair, the DFS giants are both national brands. However Robins noted that the state-by-state roll-out of sports betting would prompt a new approach to marketing.

“One thing that is really fascinating is this will be state-by-state,” he said. “So the type of marketing we had in 2015 is not going to work. It will be localised marketing. The nice thing is that it will give you the opportunity to work things out over time, whereas in 2015 we just had to scale up fast.

He suggested the pace of state-by-state would necessarily change the way DraftKings went to market: “We can’t use the same channels. It’s totally different, but we think the same capabilities that made us great will work.”

DraftKings has also entered the land-based sports-betting market in Mississippi for the first time and Robins said this would also open up new challenges.

“We’re still figuring it out,” he said. “But we clearly prioritise mobile and online.”

He also pointed out that unlike some of the larger gaming concerns in the US, DraftKings doesn’t see sports betting as merely an ancillary product, instead believing that it can be the central driver.

“Big companies can be built on sports betting alone,” he said. “For us success looks like paying the long game. Long term that is about profit. What you have to figure out is whether the long-term investment will lead to profit. This is early days, building a brand that can lead to massive long-term profit.