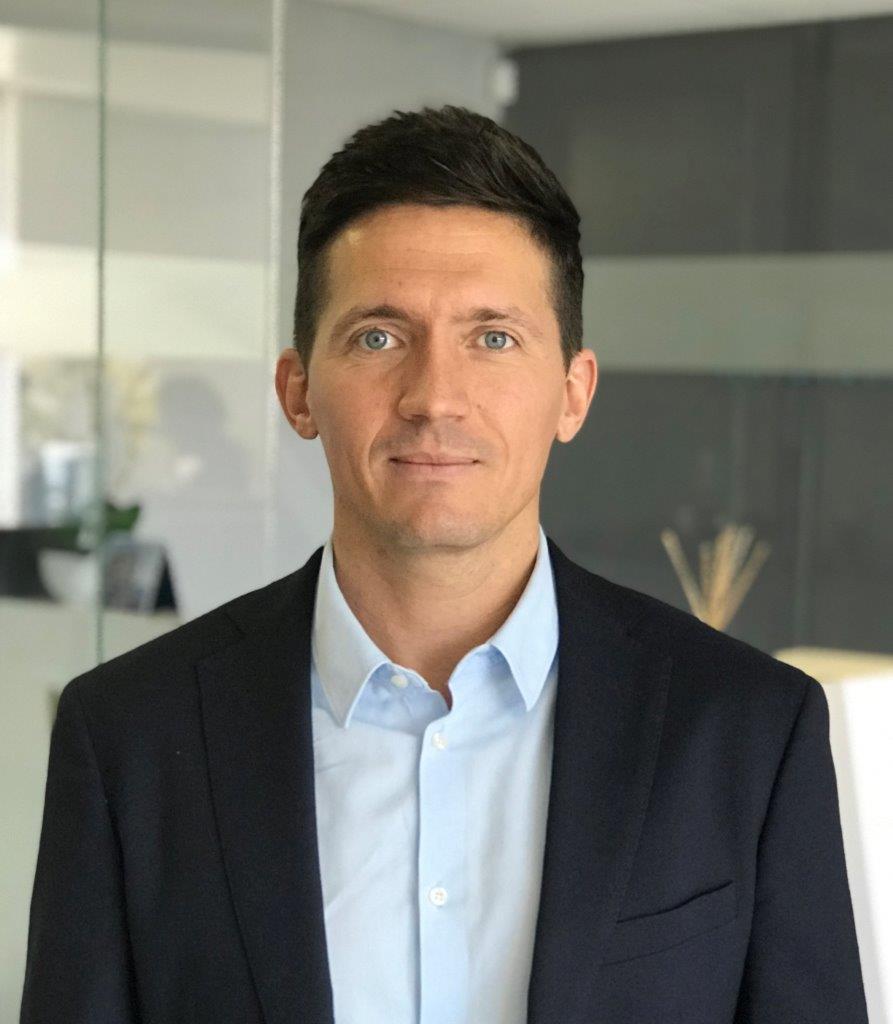 For our Africa Focus, Joanne Christie caught up with the managing director of South Africa’s largest sportsbook and chairman of the Western Cape Bookmakers Association to talk about the damaging potential effects of the proposed amendments to the country’s gambling laws, and outlines the ways his company is looking outside the box to provide players with new products

iGB: What are your thoughts on the latest National Gambling Amendment Bill tabled in July in South Africa? Do you think it has potential to impact your existing business, perhaps in terms of your lottery-based offering of Betgames?
Tyrone Dobbin: Each business will have its own challenges in adapting to some of the amendments. At this stage I think the focus must be on us, as an industry and as associations, representing stakeholders to stand shoulder to shoulder and collectively address the fundamental and technical challenges the amended policy proposes.

Anyone following the South African policy developments will know that this amendment bill, as tabled recently, was actually first published as a draft back in September 2016. At that point, interested industry stakeholders had the opportunity to comment and engage with the Department of Trade and Industry on some of the policy proposals. What we see now though is that although there have been some revisions and adjustments, unfortunately the significantly consequential items that impact the majority of licensed bookmakers all remain.

Most dramatic is the proposal to transfer the regulation of licences which permit betting on any form of lottery from the provincial licensing authorities to the National Lotteries Commission. The additional proposal to limit the number of licences approved to do so is very significant and frightening for bookmakers in South Africa, especially those which have built large businesses betting on the outcome of local and foreign lottery results.

Another significant consequence for related industry stakeholders is the provision prohibiting banks and internet service providers from processing payments or providing technological support to operators without licences that currently engage in this activity.

Do you think there is still potential for the industry to influence change?
There are a number of proposals and some major operational challenges, and not all specific to the bookmaking industry. This bill will create some challenges across the gambling sector as a whole, with structural changes and overhauls throughout the sector, including to some existing licensing authorities, and it is for this reason that I expect the process of signing it into law to be long and arduous.

So I think there is plenty of time for industry and public engagement. Hopefully as an industry we will see positive and constructive participation, with outcomes that are acceptable to all parties.

There have been a lot of false starts on the issue of licensing new verticals in South Africa. Are you hopeful there might be an opening up of the market anytime soon?
I think this bill is an attempt at moving us in the other direction. However, we all know that regulation can’t ever keep pace with innovation, so an interesting development now is the creative blurring of lines and innovative operators moving into verticals outside of the traditional licence scope but still technically fitting into existing law.

For example, on the Sportingbet site we offer fixed odds betting products from suppliers such as Evolution and Betgames as fully licensed, regulated and permitted services. In a first for online gaming in South Africa, earlier this year Sportingbet began offering the Dream Catcher game from Evolution on our site. It is a live dealer casino-style game where players bet on a ‘wheel of fortune’ in an immersive studio-based gaming experience.

We are also in the process of obtaining approval to launch some of the Ezugi live dealer and draw products, as well as an expanded Betgames product suite. Since 2008 we have sat and waited for certain verticals to become regulated but there’s a move now towards building products that fit within the existing regulation and the likes of these games fit within the existing regulation.

Legislation aside, sports betting has been the dominant vertical until now in Africa. How much potential do you think verticals such as casino and poker have in the South African and wider African markets?
I have always believed we should be prioritising consumer protection and establishing a regulatory framework for licensed operators to build businesses that can meet and satisfy the varied needs of all consumers. As far back as 2008, I have been quoted calling for action and amendments to policy on this.

We can see by the number of unlicensed and unregulated casino and poker sites targeting South Africans that there is huge demand for these verticals. Gambling with licensed operators is a permitted and regulated activity in South Africa.

Therefore, customers should have the right to choose the channel and form of entertainment they wish to participate in. It’s up to the government to provide the framework and protections. The Casino Association of South Africa has also recently made announcements on the proliferation of these unlicensed businesses and the consequences of having no consumer protection framework or benefit of tax collection.

Do you see opportunities for Sportingbet SA in other African countries as they move forward with legislation?
Of course. Natural resources have long made Africa a land of opportunity; now is the time to focus on the igaming potential. Africa, however, is complex and is made up of 54 very unique countries.  As a business we've identified regulated markets where we understand the complexities and localisation required, were we can work closely with regulators and are positioned so that the businesses we build will be successful in a mobile centric environment. Watch this space.

I know you’ve worked with regulators in a number of African nations. How do you see the overall African regulated gambling space shaping up over the next five years?
Most of the African regulators are in a very favourable position in that they get to look at regulations and policy from around the world and adapt it to their markets rather than create things from scratch, which is enviable. Equally important is that we see regulators’ appetites as being engaging and understanding rather than being prohibitive and closing the door on gaming.

There’s quite a big split between the English-speaking and French-speaking nations, and between East and West in terms of policy approach — some are quite monopolistic, others are more open to the market and commerce. But overall I would say the industry is moving towards regulation rather than blocking it. Regulators see the value in protecting their customers and they see the value in benefiting from tax collection.

Do you think the growth in mobile is removing the need for a retail presence in South Africa?
Most people would arguably agree with that thought. We challenge it though because if you look at the growth in retail operators opening up in South Africa over the last year or two it has exploded and this is contrary to what you would expect with mobile becoming a more acceptable form of engaging with commerce. Yet we see retail shops opening aplenty so I think they are complementary. But we don’t have any plans to go into retail.

How big a role is in-play playing now? Are there particular sports it is most popular with?
In-play has been significant for a number of years, probably from before the 2010 World Cup. It is obviously always getting bigger. In-play has become standard, it is not a ‘nice to have’ or feature anymore, it is a non-negotiable. The things that consumers are moving towards now are the bet builder and cash out options and these are where you can still set yourself ahead of your competitors. In terms of particular sports, in-play is popular across the board.

What new technologies/products are having an impact in South Africa at the moment?
I think you need to consider the landscape in general and consider that you are transacting with consumers on a mobile phone or website and this means that if you are not able to satisfy their needs, they will take their business elsewhere. The competition is only a finger tap away or a mouse click away so you need to be positioned to work with the technology and satisfy your customers’ needs. Tech and product have a big impact but it is not just in our industry, it is in ecommerce in general.

Do you think there is scope for foreign operators to succeed in South Africa?
I think we’ve seen a number come and go but we’ve also seen some successes. I think it is down to their localisation efforts. As with any territory, you can’t put something in because it works somewhere else and have a plug and play mentality and sit back and wait. You’ve got to adapt, you’ve got to configure, you’ve got to be engaged with the local audience and their specific needs.

You’ve also got to be able to communicate in their preferred means of communication. Customers might like to have support via WhatsApp but European operators won’t offer that — WhatsApp is very popular here. Or they might want to talk in their local language or a hybrid of their languages, so if a foreign operator wants to succeed they are going to need to configure their business model to fit in with the local marketplace. It won’t just work to take what works elsewhere.

Also, it’s a bit broader than foreign operators, it is also foreign regulators and foreign industries that are starting to see value in South Africa. We see ourselves being used as an example when operators are looking at the States now. South Africa is one of the few jurisdictions to operate within that same regulatory framework as what is proposed in the States, where it is a federal and state-by-state regulation, so it is a nice benchmark for operators to look at and see what works. I know the regulators there are talking closely to some of our regulators.

This article originally appeared as part of the Africa Focus in the September/October issue of iGaming Business. The focus ties up with ICE Africa, which takes place between 24-25 October 2018 in Johannesburg, South Africa