After tripling its business and raising €16m via convertible bonds, Gambling.com CEO Charles Gillespie is on the lookout for more acquisitions 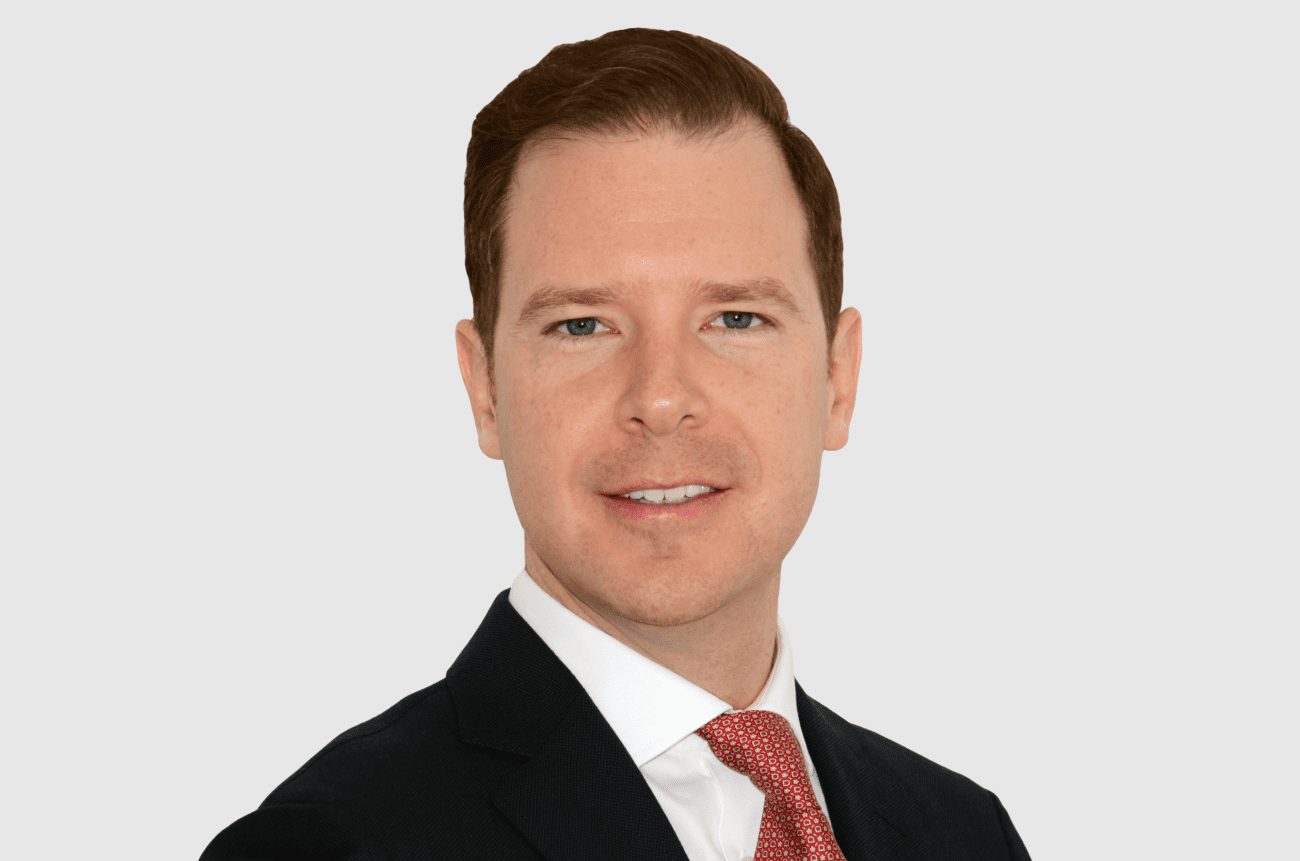 After tripling its business and raising €16m via convertible bonds last year, Gambling.com is on the lookout for more acquisitions this year. CEO Charles Gillespie explains that it’s quality, not quantity, the company is after

iGaming Business: You recently secured funding for further acquisitions. What kind of acquisitions are you planning?

We have our board meeting on 5 February where we will discuss and approve a plan for 2018 but I would say that our fundraising plans for 2018 will be bigger than they were in 2017.

So you’re planning more acquisitions not less in the following year then?

I expect us to spend more money on acquisitions. That said I wouldn’t necessarily say that we are going to do more deals. We have communicated a target of doing four deals a year to all of our bondholders — the people who invested in 2017 — and we remain focused on that. That number could be plus or minus one. We could do three or we could do five but it is not going to be 10 and it is probably not going to be one.

What is your integration strategy for acquired assets – will they be running as standalones or do you intend to integrate them with your own platforms to drive greater efficiencies?

It would obviously depend on the acquisition but generally speaking the reason we’ve said we will do four acquisitions a year is because we think we can meaningfully integrate four acquisitions a year. But if you look at Catena they have done 28 acquisitions at this point and that is really a lot of work, even if you’ve got the best team in the world. We are trying to be a little more focused, do fewer but bigger and better acquisitions, meaningfully integrate them, make a difference and then grow them. That’s what we did last year and that is what we will be trying to do this year.

What advice would you give affiliates looking to grow via acquisition? How can they appeal to companies like yours?

If we see a business which looks like it has been built in order to be sold, that is a turn-off. We want situations where the people behind the business have taken things seriously and they’ve built the business for the long term. That is usually pretty obvious. A lot of affiliates never really thought about selling their businesses because until recently you couldn’t sell one for a meaningful amount of money. A lot of these guys in the industry have been around a long time, they have the right goals and those are the kind of people we want to be talking to. If you just started doing this a year ago and you’ve done a bunch of black hat SEO and all of a sudden you have one really good month and then think we are going to pay you €10m for your website, then probably not.

Does Gambling.com feel under pressure to participate in the consolidation play, given the drive towards scale and networks initiated by the likes of Catena?

Sure, we feel the pressure a bit, but we are also buying things. We are in the game, we are not being left behind on this. A number of things have changed in the industry in the last couple of years which are making it much harder for the small guy and if I was the small guy I would be pretty worried. The bigger affiliates are bigger than ever and those big, professional affiliates control a higher proportion of the overall traffic than ever before. The demands from the operators in terms of compliance are really going up and that means that affiliates have to dedicate more resources to adhering to operators’ compliance-related requests and every operator has a different request. The operators don’t co-ordinate their compliance so what one thinks is compliant another does not. We are all for compliance — our goal is to be the most compliant game in town— but from a process perspective it can be very frustrating because the amount of time that you have to spend on this is all of a sudden substantial, whereas two or three years ago no one really cared about it. Suddenly, all of the operators are worried about being fined by the Gambling Commission. They think affiliates are a risk factor on that and they are not wrong. For the big affiliates like ourselves it is relatively easy to do this stuff — we can put one or two people full-time on fielding these types of requests — but if you are a one-man band you have to do it all yourself, so the pressure seems to be increasing on the small guys.

With regard to compliance, last year saw some drastic actions such as the Sky Bet closure and ‘one strike’ policies from other big brands. Do you think we will see more of the same?

The Sky situation is quite funny. Let’s be clear — Sky still works with strategic media partners. My take on the Sky situation is that it was a set of unique circumstances: they are preparing for a listing this year, private equity owns the business, the owners and the management of the business are being very aggressive on hitting targets and what could be easier than turning off a bunch of legacy rev share and using compliance as an excuse? They are the only ones that have done that and I suspect they will remain the only ones that do it. It was very heavy-handed and a lot of people, small affiliates, live off that rev share — they have mortgage payments to make and kids to put into school. That affiliate/operator rev share agreement is sacrosanct and that was the first case of the operator really violating it in a systematic way. But I do not see it happening again. Bet365 has gone through an exhaustive review of its performance marketing business and from my perspective they have concluded that review and they have tightened things up drastically. They got rid of a few affiliates that they probably should have gotten rid of and at this point it has been cleaned up and it is business as usual.

Do you think all of this pressure on small affiliates will lead to greater opportunities for large affiliates to grab an even greater share of the market?

Yes and no, because if you are Catena Media you are not going to buy some guy who makes €50k a month because you make €5-6m a month and if you do a deal for €50K a month it ain’t going to make any difference. So if the small guys don’t get bought and they don’t get big — how long are they going to last? Maybe not forever.

What other factors do you see driving further consolidation in the affiliate space – do you think perhaps developments like the GDPR will speed up the trend?

I think most small affiliates won’t even bother to google GDPR and it probably won’t be a big problem for them because they are so small. Many of them are not even incorporated. At a certain point you are so small you are under the radar. Maybe the affiliate programmes will come out and say we need some sort of GDPR statement from each affiliate attesting that they are compliant and they have done this, that and the other to be compliant. Then it is going to make a bigger impact, but it is definitely an example of another thing that the smaller guys have to deal with that is crowding in on their time. From our side we are up to speed on GDPR and will be fully compliant prior to the implementation date.

You’ve recently entered the US market. What model and revenue shares do you work off and how does this compare to Europe?

We have a vendor registration licence in New Jersey, which means we can only do CPA deals. There are two types of licence: vendor registration and ancillary services provider. If you get the ancillary services provider you can do rev share, if you don’t you cannot. There seems to be no reason to push for it. It is early days so we’ll see how we get on and we’ll make a call then. We will operate on vendor registration until we deem it worthwhile to upgrade and get a more serious licence but the licensing process is far from trivial so it needs to be very clear that it will be worthwhile. The CPA rates are healthy — that is all I will say about it.

Now that you’ve launched in New Jersey, how are you preparing your company for the possibility of other states/verticals opening up in future?

At this point we have a framework in place on Gambling.com to target any US state once they regulate so we’re sitting and waiting. We don’t have to be the first person through the gate in each of these states. We are happy to let other people break the gate down and then we will evaluate the best opportunities and we are happy to move as a second or third player, with a view to ultimately being number one.

How do you see the affiliate landscape changing if New Jersey is successful in its Supreme Court sports betting case?

I see it creating an incredible amount of excitement about sports betting online in the US but I think that the states will struggle initially to draft legislation that sensibly regulates US sports betting online. I think that people are very, very optimistic about it. I am optimistic about it but I think it is going to take years until it works its way through the system. As the states legislate there will be some unworkable tax rates and different levies and then they will go back and do it again and try to fix it. Hopefully, there will be some co-ordination between the states. Each state is effectively sovereign and can create its own set of rules so it is super fragmented, which just increases the cost of compliance.

You’ve also recently announced plans to expand in the Nordics – which areas are you mostly focusing on and why?

One of our two acquisitions in 2017 was a set of three Swedish casino websites and we have since doubled the size of that acquisition. It now does approximately twice the amount of sales it did when we acquired it. We have really kept the focus on Sweden, so we’ve done a Gambling.com version for Sweden, we’re looking at doing some TV in Sweden for Gambling.com and the focus will definitely remain on Sweden as the biggest of the gambling markets in the Nordics.

What are your thoughts on the impending regulation there? Do you see that as a positive?

It should be a positive. They have actually come out with a sensible tax rate so that is very positive. I think people are just trying to understand how it will be implemented at this point but we all know what the end game looks like.

A big part of your business has historically been the UK market and largely casino. Are your moves into other territories such as those above, and your recent expansion into sports, related to any challenges in what has previously been your area of core focus?

No. It is just there’s money to be made elsewhere so we might as well go for it. The UK is our biggest market and it is still growing and we expect it to continue growing meaningfully.