Bird & Bird’s Piotr Dynowski and Michał Sałajczyk delve into Poland’s forthcoming legislation and conclude that while there are some positives for operators, these are few and far between. 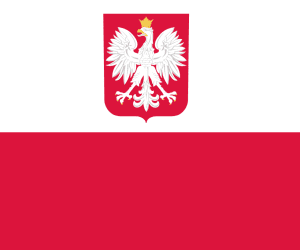 Bird & Bird’s Piotr Dynowski and Michał Sałajczyk delve into Poland’s forthcoming legislation and conclude that while there are some positives for operators, these are few and far between.

Gambling law in Poland is very restrictive – it imposes strict rules on gambling and sets harsh requirements for gambling operators, with severe penalties for their violation.

When plans for amending the law were announced, the government presented them as an expansion of the legal forms of gambling.

Does this mean, however, that after several years, gambling operators may celebrate the liberalisation of the Polish market? Unfortunately the simple answer is “no”.

Nevertheless, the changes, which will definitely have a huge impact on the gambling industry, will come into force soon – starting from 1 April, 2017.

From 1 July, 2017, when the relevant new laws enter into force (three months later than the majority of other amendments), the Minister of Finance's office will be allowed to ‘blacklist’ websites used for unlicensed gambling by entering their domain names into a newly established register.

Such websites will be inaccessible for Polish customers – thus enforcing the prohibition on participating in online gambling that has been present within Polish law for years. It is prohibited – and will remain so under the new law – to gamble from Poland on any foreign website not holding a local licence.

It is also illegal to play unlicensed gambling games — the law only allows consumers to conduct betting online, with other forms of online gambling prohibited. There are currently seven licensed online betting operators in Poland, but they find it difficult to compete with unlicensed foreign companies, which are not bound by steep gambling tax rates or limitations on the types of games they are permitted to offer to customers.

Despite the fact it is illegal to do so, many customers (around 70%, according to some reports) turn to foreign operators. In order to combat this – as well as to boost the country’s gambling tax revenue – the idea of blocking unlicensed websites was introduced.

In essence, the new law will launch a publicly accessible register of websites “addressed to customers in the territory of Republic of Poland”, which are used for gambling but which do not hold a valid gambling licence in Poland.

The register will, in particular, target such websites which are available in the Polish language or advertise in Poland. The Minister of Finance will manage the register and decide, ex officio and at his own discretion, if a specific website should be blacklisted.

Internet users who try to access such sites will instead be redirected to a page maintained by the Ministry of Finance. Internet service providers will be forced to set up their servers to redirect users there, and if they fail to observe the rules, they will have to pay fines.

Similar means will be used to cut off the funding of blacklisted services. Payment service providers will be obliged to terminate their cooperation with any websites entered into the register within 30 days. Otherwise they too will face fines or may even lose their own licences.

New games, but only for the state
Website and payments blocking, while revolutionary in the Polish market (such approaches have never been used in Poland before), are not the only changes being introduced under the new law.

For example, online casino-style games are classified as a new form of legal online gambling. These, however, will be exclusively operated by a state-owned company and not available for private operators.

Although they are currently banned, they continue to operate in several places and are regularly closed down by the authorities. Some operators argue that the law banning slot machines is unenforceable, as the government failed to notify these regulations to the European Commission.

Operators of slot machine parlours sometimes implement sophisticated measures (such as hidden power switches) as a precaution against inspectors finding them in the act of committing an offence.

The new law seems to be aimed at counteracting this by making it a crime for anyone other than the authorised entities to even own a slot machine, and allows for administrative fines of PLN 100,000 (approximately €23,000) per machine to be imposed on unauthorised owners even if the machines are not operational.

The discussion on the legality of slot machine parlours continues, but on top of this, the new law introduces a new form of this activity, to be operated by a state-owned company (Totalizator Sportowy Sp. z o.o.), which plans to open its first outlets later this year.

Some attempts at liberalisation
Although the majority of the new legislation seems to tighten the rules and expand the means of state control over the market, there are also some aspects which point towards liberalisation. For example, the ban on advertising of betting, both land-based and online, will be lifted.

Currently it is illegal to advertise any form of gambling in Poland, with minor exceptions such as the advertising of lotteries or non-public forms of promotion. Betting operators may also, to a limited extent, inform consumers about the fact that they sponsor specific entities, such as football clubs.

From April, they will also be allowed to advertise on TV and in cinemas, albeit with several restrictions on the contents and placement of ads. For example, they may only be broadcast after 10pm or during transmissions of sponsored events (such as football matches). The ads may not include certain claims, such as associating gambling with financial success.

There have been many discussions on possible liberalisation of the laws regarding the playing of poker but in the end, the new rules will not introduce significant changes. Playing poker for cash or in-kind prizes is heavily regulated in Poland and will remain so under the new law, but its regulation will be relaxed at least to some extent.

At present, a poker tournament may only take place in a casino and requires a specific prior notification to the authorities, the new law will also allow minor tournaments (with in-kind prizes of very limited value) to be organised by anyone, although still only following a notification.

Players in the casino will also be able to play games against the house, while currently they can only participate in tournaments against other players.

What’s next?
The new law includes several other changes in addition to those outlined above, and certainly represents the most radical overhaul of Polish gambling regulations since 2009. However, it is also worth noting which suggested changes were not implemented.

First, during parliamentary works on the new law, a change in the basis of gambling tax in relation to betting was proposed. Currently the tax is 12% of total turnover, while some MPs proposed it should be 20% of gross gaming revenue (GGR).

The change would have made the Polish betting market more competitive, as lower winnings caused by high taxes are often cited as one of the reasons why Polish-licensed operators are unable to compete with foreign operators.

In the end, however, the proposal was not passed.The law also has several other weaknesses, too. The blocking mechanism (based on the domain name system or DNS) is easy to circumvent.

Controls over which sites are entered into the register are limited, and the very idea of website blocking is controversial and problematic from a civil liberty and freedom of expression perspective.

Only time will tell what the impact of the new law will be. For now, some foreign gambling websites have announced that they will no longer be providing services to users located in Poland. There are also rumours of some betting operators seeking a local licence.

In the meantime, the state-owned company is working on introducing its new gambling services. All this means that in just a few months, the gambling landscape in Poland may look entirely different from what it does today.