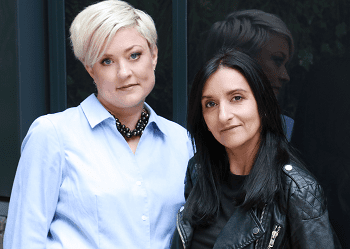 All-In Diversity’s inaugural All-Index could mark a turning point in both external and internal perceptions of the gambling industry – if others take the opportunity to come on board.

The 43-page report published on the All-In Diversity website today lifts the lid on diversity and inclusion in gaming for the first time but it is only a snapshot of 25 firms.

Co-founders of the project Christina Thakor Rankin and Kelly Kehn have been clear since the launch of the project in 2017 that for the All-Index to paint an accurate picture of the industry as many businesses as possible have to participate.

And there are clear benefits to doing so. Participants receive a ranking on the basis of their answers, offering them some context on their current performance and what more might need to be done.

The published ranking is anonymous, so there is no risk of individual performance being released unless a business chooses to share it.

Moreover, as part of the project’s goal to establish and finesse the All-Index in the first year, All-In Diversity has been liaising with the British Standards Institution to have the Index formally recognised.

GVC is one of several big names to have participated in the first survey. The company’s head of diversity, inclusion and talent development Juliet Daye says being part of the first report was not only important to aid their own benchmarking initiatives but “symbolic” of their belief in the importance of it.

“It’s beneficial on a practical level to complete the survey because it gives you an audit of what you’re doing and what you’re not doing,” she explains.

“We only started looking at diversity and inclusion on the Ladbrokes Coral side at the beginning of 2019, and started implementing it in March this year”.

Daye says she was pleased with where Ladbrokes appeared among the list of 25 given the firm is “at the start of the journey on this”.

Meanwhile, GVC has rolled out its diversity initiative today. As such, Daye said she was unsurprised to see GVC rank a little behind Ladbrokes Coral.
As a business that has grown extraordinarily quickly over the past few years, GVC perhaps exemplifies both the advantages and the challenges that igaming has in this area.

As head of CSR and corporate communications Jay Dossetter points out: “From a GVC perspective, the business has come a long way in such a short time. This year there was a recognition that we needed to grow up fast and take the broader issues around CSR seriously and give more resources to it”.

GVC won’t be the only business to have only recently recognised the need to measure and manage diversity and inclusion but its sudden need to play catch up is perhaps a warning for smaller businesses to take the plunge before their scale demands it.

NetEnt is notably absent from the list of 25 inaugural participants. It does not feature despite its longstanding pledge to achieve a 50/50 gender balance at all levels of the company by 2020.

All that said, All-Ins first report proves that while the gaming industry might be regarded as archaic and seedy by those who are unfamiliar with its scale and variety, some quarters are making strides in improving diversity and inclusion, while others are at least willing to challenge the pale, male, stale stereotype.

The topline figures, while drawn from a small pool, are hopeful. Overall the gender split within the 25 firms that opted to complete All-In Diversity’s first questionnaire was 53.4% male, 46.5% female. Closer to equal than some may have anticipated.

Gender equality of the focus of the first survey but that will be expanded out to cover ethnic diversity, sexuality and disability, as well as mapping gender demographics in future.

The topline figures in today’s report look positive. For example, 21% of employees in tech roles identified as female, which is higher than the US average of 19% and 17% in the UK.

Women were also found to make up 28% of non-executive director positions among the firms that reported, which is greater than the 18% reported in the US and 26% in the UK.

However, we have to assume that answers in this survey will skew slightly positive as a result of coming from the first 25 firms to volunteer to participate. It is likely, one must assume, that they are already onboard with the cause.

Infact the survey reveals that is likely the case in this group. 50% of the respondents said that they already educate staff about bias, while 38% said they offer information on training and leading diverse workforces.

The summary of scores on the first ranking shows that 59% of participants scored above average, suggesting that this first group is on average more engaged with diversity and inclusion than may be the case more generally.

The group was also broadly from Western Europe, with 60% operating primarily in the UK.

It is critical therefore that more businesses step up to take part in future surveys and broaden the pool from which this data is being drawn.

Describing IGT’s reasons for becoming a founding member of the project, vice president of diversity and inclusion Kim Lee says: “This inaugural All-Index report is a valuable tool for IGT and other industry members committed to diversity, inclusion, and equity in our industry. Beyond the data, All-In has created a platform and forum to engage with all stakeholders on the critical issue of ensuring the global gaming industry reflects our evolving global player base.

“Diversity, inclusion, and equity are no longer nice to have initiatives for our industry, they are critical, and All-In’s inaugural report helps to provide organisations with tools to make this a priority.”

Last year’s headlines proved that sensibilities around this subject are changing rapidly across all industries. Now really is the time to take action on inclusivity and prove that gaming can foster inclusive working environments and attract the best talent from all backgrounds.