Proponents of legalized igaming in Pennsylvania may only have a week or two to resolve the standoffs between the House and Senate on the online casino tax rate and VGTs, otherwise they could be shifting their focus to 2018 and beyond, says Mark Balestra. 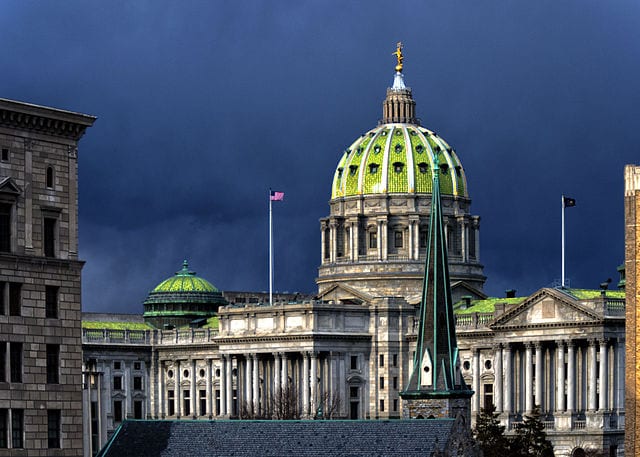 Proponents of legalized igaming in Pennsylvania may only have a week or two to resolve the standoffs between the House and Senate on the online casino tax rate and VGTs, otherwise they could be shifting their focus to 2018 and beyond, writes Mark Balestra of Segev LLP.

Policymakers in Pennsylvania are intent on wrapping up the state budget before June comes to a close, and for igaming, that means the game of legislative ping pong could be about to end.

The proverbial ball is HB 271, a measure seeking to legalize online gambling, and with time running out, the inception of regulated igaming in the Keystone State is contingent upon the two chambers coming to terms on the bill.

The road to now
For those keeping score, the House served up an extensive gambling bill last year that included provisions to legalize and regulate online gambling; it failed to gain traction in the Senate.

In April of this year, the House pushed through HB 271, which at that time authorized tablet gambling in airports, in anticipation of the Senate expanding the legislation to encompass Internet gambling.

The Senate did just that in May by approving a reconfigured version of HB 271 that included a framework for regulating Internet-based casino games, lottery games, poker and daily fantasy sports. The House volleyed again on June 7 with a newly marked-up version and once again awaits the Senate’s return.

The most notable discrepancies between the House and Senate bills lie in the Senate’s insistence on a higher tax rate and the House’s inclusion of a provision to legalize video gaming terminals (VGTs).

Fragmented interests, poison pills
To be frank, this is not a case of multiple special interests in favor of regulated igaming wrestling over how the pie is to be sliced. Amendments surfacing in both chambers have looked more like poison pills than negotiable propositions.

The VGT provision, for example, is likely a non-starter in the Senate given the heavy opposition from the casino industry. The language was included in last year’s doomed House bill and reinserted into the latest House version of HB 271.

If passed as is, HB 271 would authorize up to five VGTs in most venues with liquor licenses and up to 10 VGTs at truck stops and off-track betting parlors. The VGT amendment squeaked through in the House and is expected to face even stronger opposition in the Senate.

On May 1, nine casinos signed off on a letter to Senate leadership, urging the recipients to oppose the legalization of VGTs, which the signees claim would equate to adding 18 new casinos in the commonwealth.

With that it is easy to see why VGTs were left off the latest Senate bill and why their re-insertion in the House could derail the entire effort.

Sheldon’s back
Not surprisingly, Las Vegas Sands CEO Sheldon Adelson is making his voice heard as well. Adelson, who threatened in October to halt all Sands investments in Pennsylvania if the state were to legalize online gambling, has launched a $1m ad campaign in opposition to VGTs in the state.

So, depending on how much influence Adelson and local casinos have on the Legislature, a vote in favor of the including VGTs could translate to a vote against online gambling in Pennsylvania.

Closing the tax gap
The other major discrepancy between the most recent House and Senate proposals—the tax rate—has been a point of contention from day one. Last year’s House-approved measure prescribed a 14% tax on revenues for all regulated online gambling, a proposal met with disapproval among Senators in favor of a higher rate.

The rate was elevated to 25% in the version approved by the House in April. The Senate conceded to a 16% on poker in its amended bill approved in May, but that version also called for a 54% tax on slots and casino games. The House countered in its latest edition with a proposed 16% tax on both casino games and poker.

From a competitive standpoint, proponents of the high rate are making no distinction between terrestrial slot machines and any online casino game with outcomes determined by a random number generator.

The approach is inconsistent with taxation in the igaming space, where the rates are much lower. New Jersey, for example, levies a 14% tax across the board.

Down to the wire
Barring the emergence of unforeseen circumstances, the bottom line is that proponents of legalized online gambling in Pennsylvania may only have a week or two to get it done. And to accomplish that end, they must resolve the VGT and taxation standoffs. Otherwise, they could be shifting their focus to 2018 and beyond.