Mark Balestra provides an update on where igaming fits into the multiple gaming expansion proposals now in play in the state of Pennsylvania. 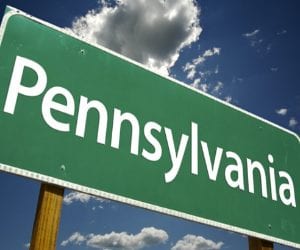 Mark Balestra provides an update on where igaming fits into the multiple gaming expansion proposals now in play in the state of Pennsylvania, and what to look for going forward.

With three bills on the table and perhaps more to come, Pennsylvania remains the epicenter of ongoing efforts to legalize and regulate Internet gambling in the United States.

Last year, after much debate, the state House of Representatives settled on HB 1887, one of several online gambling proposals, but the Senate shot it down.

In a nutshell, the proposal included the following provisions:

Following that defeat, there is still a will to get something done this year, but various industry interests, as so often is the case, are battling over which version of the multiple online gambling proposals is to be adopted.

SB 477 was introduced in the Senate on March 6 and referred to the Community, Economic and Recreational Committee. Neither has progressed beyond committee assignment.

The new bill on the block
The latest bill to come into the mix in Pennsylvania is HB 865, introduced March 16 and referred to the Gaming Oversight Committee. It shares many of the provisions included in the companion bills, but it also presents some significant differences as well.

The most contentious change is the tax rate, which HB 865 bumps from the 14% proposed in this year’s companion bills to 25%.

HB 865 also proposes higher fees than that proposed by its predecessors. The licensing fee under the new measure is US$10m, compared to the US$8m prescribed by HB 392 and SB 477.

The numbers game could get interesting. Par for the course, the division of industry interests inevitably presents a challenge for virtually every effort to expand regulated gambling.

The cynical observer, for example, might suppose that larger operators would benefit from the loftier fees, which could contribute toward pricing smaller operators out of the market.

Whatever the case, no industry interests have embraced the 25% tax rate. More likely than not, the success of the new proposal will be at least partially contingent on bringing that number closer to the originally proposed 14%.

Perhaps even more impactful on the state’s budget, the new bill also authorizes online lottery sales—a provision not included in previous proposals. To this point, however, the lottery language hasn’t yet been a focal point of debate.

What to watch for
A couple of components to keep an eye on moving forward are the language allowing tablet gaming at airports and the authorization of video-gaming terminals (VGTs) in the bill approved by the House in 2016.

The airport tablet provision would authorize online gambling at airports. In addition to being a tax grab, it would also contribute toward online poker rooms’ ability to reach a critical mass in the quest for adequate player liquidity.

The provision could conceivably be lopped off, however, if the drafters are deemed to have bitten off more than they can chew.

State Rep. Jason Ortitay in January introduced HB 271, which would allow licensed casino holders in Pennsylvania to apply for airport terminal tablet gaming permits for a one-time fee of $1m.

The games would be taxed at 14% (equivalent to the online gambling tax proposed in 2016), with an additional 20% tax earmarked for the airports.

A standalone version of provisions included in online gambling proposals, the measure was approved in the House on April 6 and has been referred to the Senate Community, Economic and Recreational Development Committee.

The bill’s reception there could lend some insight into whether the Senate’s appetite for an online gambling bill has changed since last year.

Its reception could also guide House reps’ thought processes in determining which provisions the final version of the full online gambling bill should include.

Like the airport tablet gaming language, the VGT provision is a portion of the larger online gambling bill that may or may not find its way onto the final draft. Earlier versions of HB 1887 included the VGT language.

The provision was removed from the final version, however, on speculation that the Senate would not approve it. The proposal faces heavy opposition from casino operators, who see VGTs as a threat to their businesses.

Conversely, there is a strong sentiment among some legislators that legalizing VGT’s would eliminate the legal headache of dealing with the thousands of such presumably illegal devices in bars and taverns throughout the state.

If the provision fails to find its way back onto the online gambling bill, it too, like the airport tablet provision, could reemerge as standalone legislation.

Moving forward
Where does all this leave Pennsylvania when it comes to igmaing moving forward? The forecast for passage of an online gambling measure in the House of Representations remains relatively positive.

As was the case in 2016, its chances of becoming law probably hinge on whether enough support can be garnered in the Senate.

For now, the crux of debate is twofold:

In the meantime, one should not preclude the instance of additional issues (heightening debate over the online lottery authorization, for example) surfacing before all is said and done.