They’ll never ban pre-watershed gambling ads in the UK right? Don’t be so sure, says Graham Carrick, and if they do, don’t expect the likes of Paddy Power, Ladbrokes and William Hill to be shedding many tears. 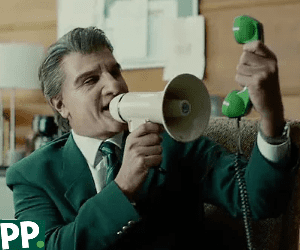 They’ll never ban pre-watershed gambling ads in the UK right? Don’t be so sure, says Graham Carrick, and if they do, don’t expect the likes of Paddy Power, Ladbrokes and William Hill to be shedding many tears.

Could it be the beginning of the end for gambling-based TV advertising? Australia is going through a noisy argument about the “unsavoury” connection between gambling and sport and is considering a full out and ban on any betting-related advertising during live sport of any level.

So, you are sitting there, saying “Graham’s crazy, they’ll never ban gambling ads before the watershed on TV, sport and gambling go absolutely hand in hand”; right? Remember how people said the same about the drink driving limits that is now down to less than one pint.

Industry comparisons
They also said the same about ads and sponsorship for cigarettes and alcohol brands, the same goes from smoking bans on planes, followed by pubs, followed by the workplace, followed by just about everywhere where other human beings can breathe in your smoke within a 100-metre radius. Oh, you like vaping, that’s nice, we just banned that too.

You also probably think the gambling sector will get around any legislation by being smart about it.

Sure a quick look at the English Premier League’s current crew of 20 top-flight clubs shows that a staggering 12 of the 20 have a betting company as their main sponsor with every other of the 92 or so professional level clubs in England all pretty much having a betting sponsor or partner of some kind.

Think about it – how many ads for cigarettes have you seen online, on TV or even in your Facebook newsfeed? None.

In any case a pre-watershed ban would not be a bad thing necessarily for gambling companies. Well, not those in existence anyway. Banning Formula 1 advertising made the cigarette companies more profitable than ever. No more millions of pounds or euros ‘wasted” on marketing. No more super-expensive sponsoring of the F1 cars, no more Rothmans and Williams or Ferrari and Marlboro.

UKGC licence examination
Significantly, the UK Gambling Commission (UKGC) is continuing its hawk-like examination of how operators are behaving with regard to licence conditions, and it’s worrying.

Not only is the Commission not in a pro-gambling mood, but it is being highly aggressive in fining or reviewing existing licences.

Only this month it fined BGO Entertainment £300,000 for misleading advertisements on its website and via three affiliate platforms and this morning 888 announced its UK licence is currently under review.

If we assume that BGO and 888 are just the tip of the iceberg of the UKGC’s campaign, do other operators, affiliates and investors really see the threat that is on the horizon?

In this scenario a ban on pre-watershed gambling could be conceivable and would also not be the biggest worry for those operating in the UK.

Winners of an ad-ban
If the ban does get the go-ahead, the massive incumbents such as Paddy’s, Ladbrokes Coral and Bet365 must secretly be licking their lips as I’m sure a they will no longer need to advertise to the death with each other to get tiny extra slithers of market share.

They can keep their existing market shares and churn out a profit, if they have the resources to do so that is. A pre-watershed ban effeticvely means there won’t be many new entrants to the market as they won’t be able to advertise to attract customers.

As I’ve reported previously, this is another example of the raw luck and hard time that startup companies in the betting space get and builds to the mountains of problems they face in trying to grow.

My prediction – shops will become valuable as their signs will be a form of advertising, although they will eventually go the way cigarettes did, where they will likely just be allowed to write their names outside the shop.

A pre-watershed ban would be bad news for Bet365, although the Stoke-based bookie has the resources to respond in other ways.

It would be good news of a sort for the likes of Ladbrokes, Hills and Paddys and would also lead to further consolidation as those bookies look to buy anyone with a sizeable audience to lock down their market share before the ads are switched off.

Media companies and smaller bookies are going to be bought for very high multiples as there will be a much more valuable lifetime value attached.