888’s recent announcement that it may relocate to Malta brought the challenges of Brexit into sharp relief. Graham Carrick surveys the potential fall-out for the industry. 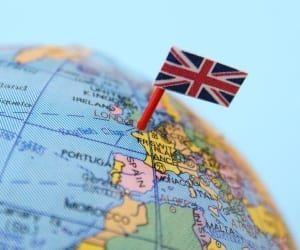 888’s recent announcement that it may shift operations from Gibraltar to Malta because of Brexit brought the challenges posed by the latter to both igaming companies and their jurisdictional set-ups into sharp relief. Graham Carrick surveys the potential fall-out for the industry.

With Brexit in full flow, a snap general election coming up in the UK and plenty written about it already, I figured it was time to weigh in with my opinion on what fate might befall the gambling industry in the betting powerhouses of Gibraltar and Malta, as well as look at what might happen to other jurisdictions such as the Isle of Man and Alderney from a gambling perspective.

I’ll also delve into how places like Gibraltar can lead to a far-less-than-level playing field for startups in the gambling space. Hint – it’s related to tax.

To begin with, it is probably best to explain why the hotly contested British Overseas Territory of Gibraltar, to give its official title, and Malta are relevant at all in the gaming sector.

The answer – again – is mostly tax, as well as the smaller factor that people simply want to work, and live, in the sun rather than rainy Britain or snowy Sweden.

Gibraltar
OK, Gibraltar is really tiny, and is adamant it wants to remain British. Gibraltar is just 6.7km squared (only twice the size of Central Park) and has a living population of just 32,000.

It has a British military and naval base, which takes up a large amount of the land and has also reclaimed a large chunk, which is now the bustling Europort business area where the likes of Bet365, William Hill and Ladbrokes Coral reside, among many, many others.

In fact up until the late 1980s, it pretty much had nothing else bar the military base, hence the need to diversify and offer financial services, attract online bookmakers, in fact; any company looking to avoid taxes.

For gambling companies based in Gibraltar, there are lots of them in the new Europort area (pretty much all in one building) and in the brand new World Trade Centre, the core benefit of being Gibraltar-based and equipped with a local betting licence, incorporated company and workforce is that all your marketing spend (which is very high for the igaming companies) is, quite wonderfully, VAT exempt.

A quick check of the Gibraltar Gambling Authority’s site shows there are now 30+ registered gambling licenses, most of which are now casino operators.

So why is the ability to write off VAT such a big deal?
Well, there’s 60,000 companies registered in Gibraltar and only 30 are gambling entities, so what’s the big deal?

Put simply, the big players spend millions (even tens of millions) a month in online adverts and pay per click (PPC), which they don’t have to pay the VAT on.

Is this fair? Especially when looking at whether startups compete on a level playing field?

Startups can’t afford to set up shop in Gibraltar
This is, yet again, another prime example of an unlevel playing field in the betting space where the big companies get bigger and the smaller gambling startups struggle to grow.

What this means is that the big boys can save 20% (20% is the UK VAT rate, 23.5% in Ireland) on their tens of millions of marketing spend, whilst the startups cannot.

Get enough cash from an investor to set up and you’ll have to fork out £40,000 a year to a lawyer just for compliance alone, so it doesn’t come cheap.

Corporation tax is also significantly lower than in the UK at 10% versus 20%. However, this isn’t too far off what Malta and Ireland offer.

So what are the main challenges for gambling companies in Gibraltar after Brexit?

Is the Gibraltar gambling license now just a piece of paper?
Yes is the likely answer. A major concern for Gib-based betting companies is whether the licence will allow them to operate in other EU countries that don’t have their own specific gambling regulations, grey markets in other words, or that expressly forbid the activity.

And the number of these European countries with no gambling regulations is shrinking, with Ireland bringing in regulations in 2015 and Sweden and the Netherlands regulating by 2018.

Once Gibraltar is out of the EU, it will be less grey and actually like more black for Gib-licensed companies to operate in EU countries with no regulations in place.

The exodus may well have already started, with 888 recently announcing that it is considering moving its Gibraltar operation due to concerns, among others, that their staff won’t be able to freely move within the EU in a post-Brexit world.

Whether more will follow will take a couple of years to become apparent.

There are further headaches facing Gibraltar such as… the border crossing can be really annoying
For anyone that has been there you will agree the border is congested at the best of times, especially if you’re driving.

Arriving from the airport is an experience in itself, with the runway traversing Winston Churchill Avenue, which connects Gibraltar to the Spanish border.

Get stuck while a plane is coming in and you may have a 20-minute wait and large amounts of tax-free goods such as cigarettes making their way across the border into Spain, the authorities may have a point when they tighten the border; the Spanish taxman is cheated out of a small fortune.

Rent is crazy in Gibraltar (and the border is really annoying)
The Rock has London-like rent prices so the vast majority of the mostly European gaming sector staff live across the border; either in La Linea (20 minutes walk to work) or further into Spain, where the car drive is usually around 45 minutes.

From speaking to people who work there and live in Spain the mood of the Spanish authorities has a huge effect on their working lives as the border crossing can go from being a two-minute affair to an hour-long needless queue.

With Brexit now in full flow the Spanish can easily cut off or massively delay the few thousand gambling staff from getting to work.

Who will benefit from Brexit? Malta should capitalise
Malta is likely to be the EU member to benefit the most from Gibraltar’s exit from the EU.

At a paltry 316 kilometres squared and with a population of just 445,000, it’s packing quite a punch in the igaming space (reportedly employing 6,150 people, making up 12% of total GDP and taking in €28m in tax revenue) with Scandinavian big hitters Betsson, Kambi and Kindred (Unibet), as well as Germany’s Tipico all having major operations and licences there.

In terms of a gambling hub, it totally dwarfs Gibraltar with 471 registered licences versus just 30 in Gib.

Malta’s core focus is definitely more Scandinavian and European than the Gibraltar-based operators who are mostly British with the odd Irish player mixed in.

Recent billboards popping up in Malta show a heavy recruitment drive by Paddy Power Betfair, which is opening a customer service division on the island, so it is clearly attracting big players.

Another plus for Malta is its accessibility compared to Gibraltar with flights from global hubs such as Dubai with Emirates and up to 12 daily London flights.

Also, there is cheap rent and low-cost staff to hire without the worry of a hard border crossing every day. On top of that you will definitely have access to the Eurozone, since it is actually in the Eurozone.

Perhaps companies will decide to locate in both Gibraltar and Malta instead of one or the other.

What will happen to the wider industry?
Overall the current trend in Europe is leading towards most major markets self-regulating, which has the potential to make the licensing regimes of Gibraltar, Isle of Man, Alderney and even Malta pretty much obsolete in the near term.

Whether companies decide to stay in Gibraltar to benefit from the friendly VAT laws, only time will tell, as the costs of being there may well eat into the savings they make from the marketing VAT exemption and the risks of doing business from Gib grow.

This will unfortunately very likely not be the case anymore from 2019 onwards, which will likely mean a major loss of tax and server hosting revenue for the three territories if the various betting operators decide to jump ship to Malta or Ireland (EU members).

VAT exemption rules on marketing spend is another big question, which only time will answer.

All the major operators will of course keep their UK licences as they need to operate in the world’s largest regulated market; however, whether they stay licensed in the smaller territories will only be known in two to three years time.