Now in its second year, the iGaming Business Most Influential Women list aims to celebrate the highest achieving women in our industry. Today we reveal the first three women featured in the 2019 list 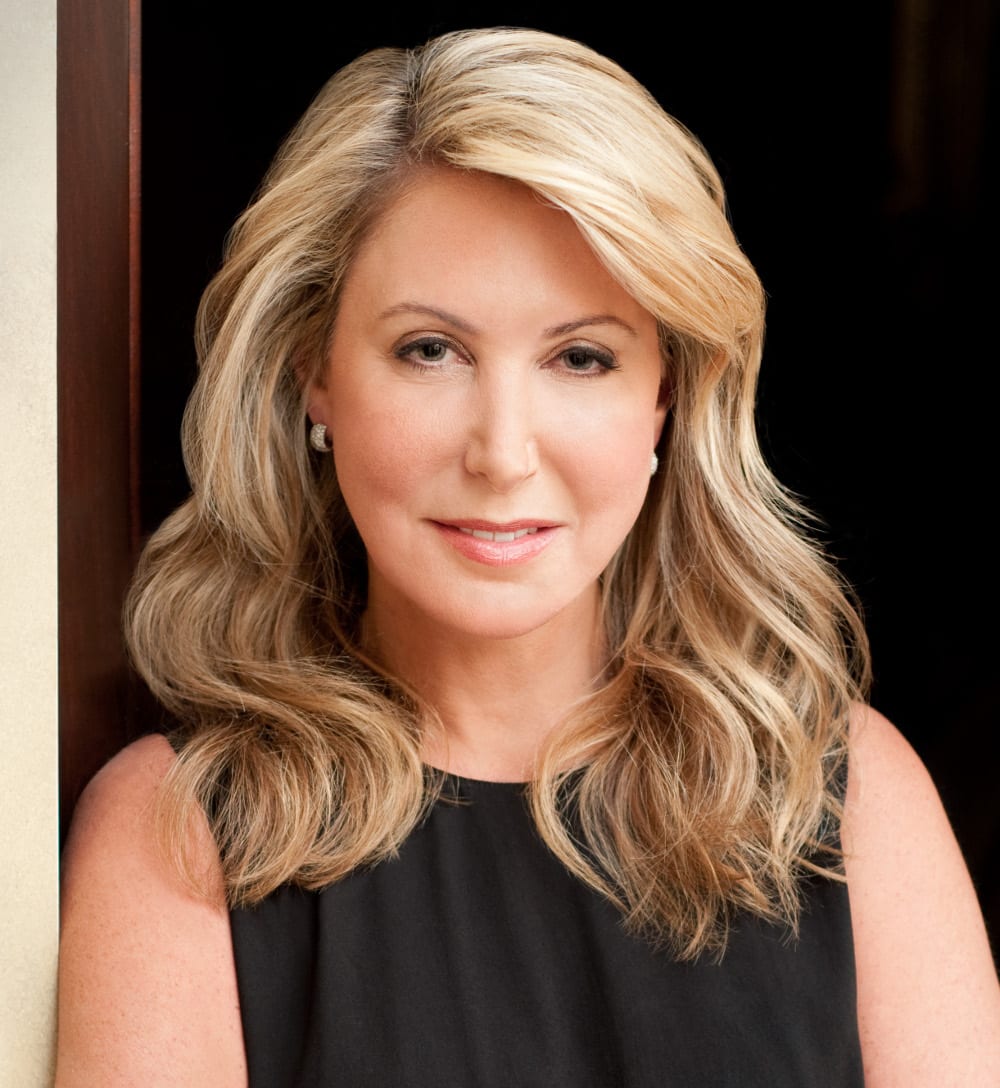 It’s no secret that women are under-represented at the highest levels of the igaming industry. Now in its second year, the iGaming Business Most Influential Women list aims to redress the balance.

There’s a wealth of evidence to support the idea that companies that are gender diverse perform better than those that aren’t.

Figures from the inaugural All-Index, produced by the All-in Diversity Project late last year, show that overall the betting and gaming industry is close to having an evenly split workforce in terms of gender diversity. Analysing data from 25 betting and gaming organisations, it found that 47% of employees in the industry were female.

However, when looking at the more granular detail, it quickly becomes clear that there’s an issue. While numbers were close to parity at entry level (53% men versus 47% women) and team leader or supervisor level (51% to 49%), after this things start to diverge.

Gambling is not the only industry where this is an issue. In its Women in the Workplace 2019 report, for which it interviewed 68,500 employees across 329 organisations in the US, McKinsey identified a “broken rung” in the career ladder for women.

While it reported a 24% improvement in the number of women in C-level roles over the past five years, things were less positive lower down the ladder. It found that while women made up 48% of the workforce at entry level, this fell to 38% at manager level.

“This early inequality has a long-term impact on the talent pipeline,” says the report. “Since men significantly outnumber women at the manager level, there are significantly fewer women to hire or promote to senior managers. The number of women decreases at every subsequent level. So even as hiring and promotion rates improve for women at senior levels, women as a whole can never catch up. There are simply too few women to advance.”

This inequality at the more senior levels goes some way towards explaining the persisting gender pay gap. In the UK, for example, many had hoped that when the second annual gender pay gap figures were released this year there would be signs of significant improvement.

Sadly, this did not prove to be the case and when the numbers were revealed they showed little change. The median gender pay gap had decreased only slightly, to 9.6% from 9.7% the previous year, based on those companies that had reported by the 31 March deadline.

It’s not all doom and gloom, however. There are plenty of examples of women performing at the highest levels of our industry. Last year we launched the Most Influential Women survey to shine a light on those women who are shaping our industry and we’re now ready to reveal the results of our second survey.

Again, we threw nominations open to the industry and this year we received a significant increase in entries.

There were, inevitably, a number of candidates where more than one of these elements came into play, particularly with such a strong field to choose from. In fact, judging the top 10 from such a talented pool was so tough we decided this year to also list the five runners-up.

Here are the first three of our 10 Most Influential Women 2019, listed in alphabetical order.

Melissa Blau, director, iGaming Capital
Known as a fierce supporter of innovation, Blau, pictured above, has been chair of the Clarion Start-up Launchpad since its inception in 2009. “When I got into the gaming industry I really did like the more entrepreneurial side,” she says. This is perhaps no surprise given she began her career in investment banking before moving into venture capital.

Alongside her work with start-ups, Blau also consults for a wide range of gaming businesses. After a number of years working in the industry in Europe and also commuting across the pond, Blau returned permanently to her native US in 2015 and has played an integral role in the developing US market. She worked with Tropicana to launch its igaming offering in 2013, and also managed the igaming RFP and vendor selection for the Delaware Lottery. Blau also launched and continues to own one of the first licensed affiliate businesses in New Jersey. Described by an industry insider as “an enormous force in the industry”, Blau’s other clients have included Hard Rock, Pechanga, Mystic Lake and Akwesasne Mohawk. She’s currently working with SuperBook on the nationwide expansion it announced last year.

Her advice to women looking to make a mark is to make themselves visible. “Be out there in front,” she says. “Do a lot of writing, especially if you have something to say. The magazines are always looking for great, innovative content and a lot of them are also doing events. Work with them on attending conferences and doing webinars – understand specifically what you are good at and what you think you can share in terms of leadership and expertise and make yourself public.”

No one could accuse Boeskov of resting on her laurels since featuring on our Most Influential Women list last year. Since then she’s been promoted to head a new division at Kindred and also taken on a board position as independent non-executive director at Racecourse Media Group.

She says she hopes this appointment will lead to more board-level positions for women. “There is a really sound logical argument that boards over time should become much more diverse, not only in terms of gender but to represent the general population and the stakeholders of that company,” Boeskov explains. “I am really glad that Racecourse Media Group was pursuing that path. It is a good step and hopefully it has a bit of a snowball effect – as women see it is possible to combine executive roles and board roles, there might be more opportunities for them.”

In terms of her role at Kindred, Boeskov is now front and centre as the operator (and the industry more generally) shifts from being product-led to customer-led. She says the focus on customer experience does present challenges but that the effort is already paying off in terms of player and staff engagement.

Asked for some words of wisdom for those looking to follow her career path, she says: “Always say yes to new experiences and slightly uncomfortable tasks. Do formal training and seek informal advice from people who you see have been able to do what you want to do. Most of the time they will be very happy to support you.

“Also enjoy the fact that it is a very diverse industry with real challenges and real question marks around its identity right now,” she adds. “It is a fantastic time to be in the industry as we try to redefine who we are and why we should be in society at all.”

Ask anyone involved in the nascent US iLottery space where they turn for inspiration and one of the first words out of their mouth is likely to be Michigan.

The driving force behind Michigan Lottery’s online lottery operation is DeHaven, described as “the preeminent expert in all digital and iLottery matters” by one industry insider.

“Michigan was the first state that was able to prove that offering lottery online could be profitable and could increase revenue contributions for the good causes that lotteries are supporting,” says DeHaven. “I have been incredibly proud to be a part of that effort.”
She joined the state lottery in 2010 as club games/interactive coordinator, moving over from the sporting goods industry. After a couple of promotions, she took charge of its iLottery operation in 2016 and since then, sales have gone from strength to strength – in fiscal year 2019 online sales exceeded US$1bn.

Michigan’s success is all the more impressive given a little-known piece of legislation that means the lottery can only offer a game online if it offered one with the same mechanics prior to 2004.

“A lot of people would not know that we have that constraint, however we do and we have had to be very creative with how we develop our games,” says DeHaven.

Though happy that others are looking to Michigan as a guide, DeHaven says one of the secrets to its success is not being afraid to fail.

“Not every implementation at Michigan Lottery was perfect. We failed more than once, but our success actually came from those failures. I think a lot of lotteries are afraid to fail, especially when they are going online, so while we are proud to have brought a template to many lotteries, here in my division we often say, ‘If you’re not failing, you might not be trying hard enough’.”

Ewa Bakun is director of industry insight and engagement at Clarion Gaming. She is in charge of key industry relationships and market intelligence to identify industry trends and ensure the editorial integrity of the educational content presented through Clarion’s brands. Eva has been tracking industry developments since 2009 and has seen the rise (and sometimes fall) of trends, brands and people, a testament to the pace with which the industry evolves.

Andrew Bulloss is a partner at search firm Odgers Berndtson and has been placing directors, senior executives, C-level and non-executive directors in the gaming and gambling industries for a decade. Prior to joining Odgers, he spent eight years leading recruitment in the technology/ online, consumer goods and financial services industries in the UK and Europe.

Kelly Kehn is co-founder of the All-in Diversity Initiative, which advocates for a data-driven approach to improving inclusion in gaming. During her career, Kehn has held leadership roles in marketing, operations, management and sales. She won the Women in Gaming Award for Leader of the Year in 2016.

Suzi Read is head of talent development at Kindred, where she looks after diversity and inclusion, engagement and values. Prior to joining Kindred, she worked across many industries in commercial roles and also leading global talent and people development teams. She has more than seven years’ experience in the gambling industry.

Holly Straker is inclusion and engagement executive at Sky Betting and Gaming, working to make the company an inclusive place for everyone. This involves managing SBG’s inclusion work streams, which this year are gender, parents and carers, ethnicity, pride, age and wellbeing, as well as other initiatives across the broader inclusivity and community agenda.

Christina Thakor-Rankin is the other half of All-in Diversity and runs a consultancy business. Her career in the industry spans 25 years and the whole betting and gambling ecosystem, including landbased, online and mobile gaming. She firmly believes that diversity and inclusion are critical to success in business.

Helen Walton is founder and CCO of Gamevy and Gluck. She started her career at Unilever and has worked with Boots, Frucor, Tate Britain, PZ Cussons and dozens of other brands. She describes herself as a dealmaker, writer and marketer who enjoys solving problems, trying out ideas and making things happen.

Part II of iGB’s Most Influential Women 2019 list will be published in this section tomorrow.