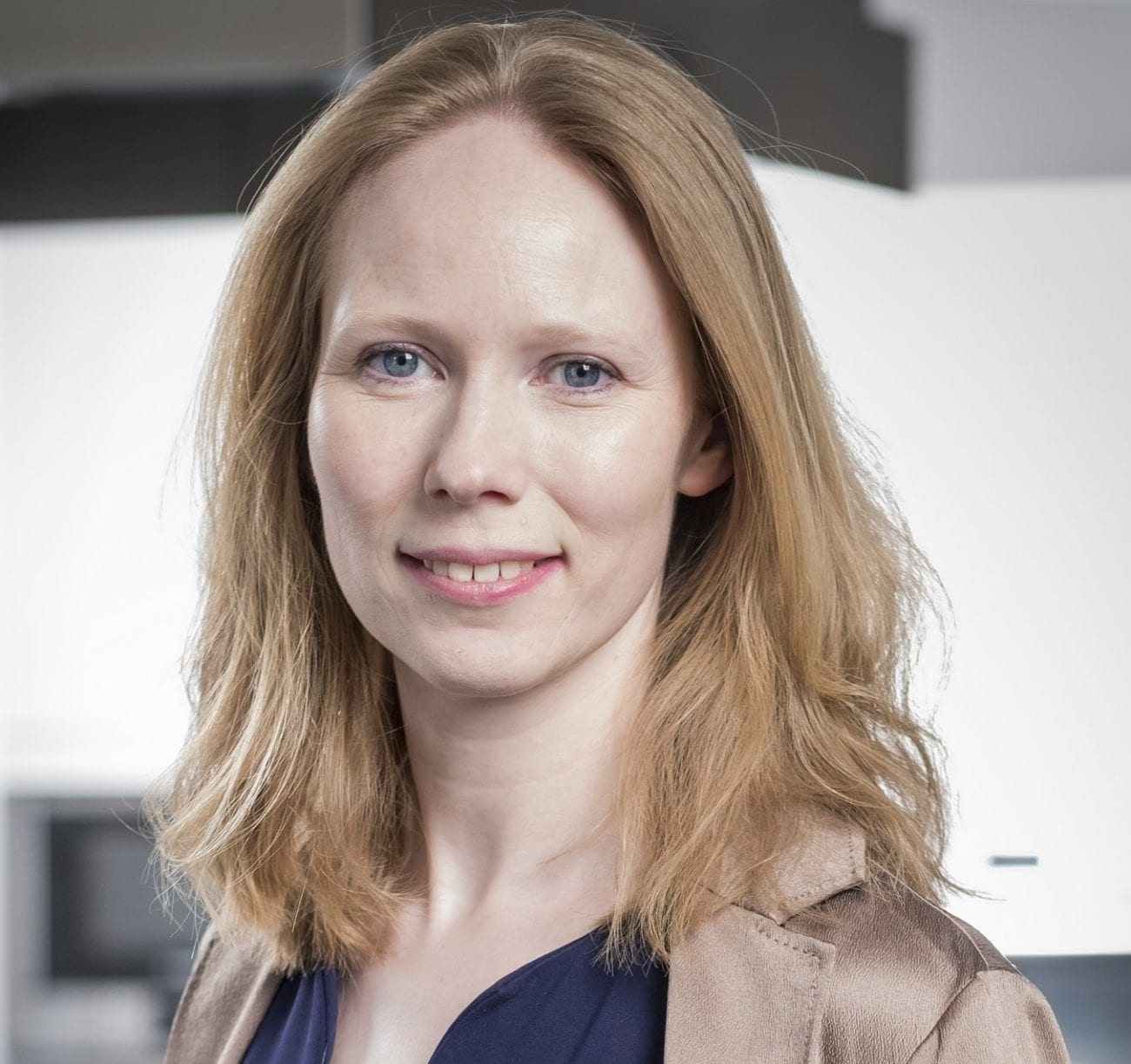 This year’s gender pay gap reporting revealed that women remain under-represented at the top of business, and consequently so does their influence. The inaugural iGaming Business Most Influential Women list aims to redress the balance.

Research shows that the more diverse and inclusive businesses are, the better they perform. According to McKinsey, companies with gender equality at a senior level perform better and for every 10% increase in gender diversity on senior executive teams, EBIT increases by 3.5%.

For now, though, quantitative measures of how the industry is doing in terms of diversity and inclusion are limited. What we do know is that, while men still greatly outnumber women in the higher reaches of the industry, there are some extremely accomplished women at senior level.

It seemed like the right time to make some noise about those women and to highlight their achievements as a reminder, to those coming through and anyone considering a career in igaming, that there are, as one of the women on our list put it, high rewards “for those who dare”.

A few of the names in this feature will not come as a surprise; after all, igaming boasts not just the highest-paid female business leader, but the highest paid, period. Her presence, in part two of this feature next week, reflects the fact that igaming is perhaps one of the few industries where the glass ceiling has been well and truly smashed, and there is a real opportunity for other women, other people from all backgrounds, to take advantage of that.

However, there are also some surprises in here. Some names you may not have heard of. It was important for us to make the process of identifying our first 10 most influential women as fair as possible, so we opened the nominations process up to the industry.

In this first installment we reveal three of the women that make up the full list of ten. The remaining seven will be unveiled in two further installments online early next week and the feature is also out now in print in the July/August edition of iGaming Business magazine.

It is worth mentioning that each of the women on our judging panel received enough nominations to have been considered for the final list had they qualified for inclusion. As this would have posed a conflict of interest, they were withdrawn from the reckoning. We thank them for waiving their likely positions on the list to share their insight and help us reach a fair conclusion on who should be featured. Three rounds of judging later, we had settled on the final 10.

It’s important to highlight that while drawing up this list was done as fairly as possible, we accept we were not judging from an exhaustive line-up of the women that make up this industry. We hope this feature showcases not just what women in our industry are achieving today, but how rewarding a career in the gambling industry can be, irrespective of background.

Paula Cara Farcas, CTO, Colossus Bets
Farcas became chief technology officer at Colossus six months ago, having joined the supplier as a developer in October 2015. Just 25, she has had a stratospheric rise through the ranks since graduating in 2015 with a computer science degree from Babes-Bolyai University in Romania. Little over a year after joining Colossus, Farcas took the helm at Colossus Racing, and as the leader of partner integration grew Colossus’ network from five to more than 40 partners globally. She also led the development of Colossus’ cash-out product for Canadian racetrack Woodbine. Having worked through several obstacles relating to legacy technology on the operator’s side Farcas launched North America’s first ever cash-out product last year. Her latest challenge is steering her 20-strong tech team through the delivery of Colossus Racing’s new pools product. Farcas says the most rewarding part of her job is seeing new products succeed in a highly competitive market. “I’m also equally proud of the numerous, albeit less visible, instances when we’ve worked around legacy technologies to deliver modernised outcomes for our partners,” she adds. “I now have an increased appreciation of how big a challenge it is to make an impact in this industry, and innovation coupled with adaptability is key.” Over the next few months Farcas will be focused on delivering the pools product to Colossus’s global partners, travelling widely to meet new racing partners and cementing relationships with existing clients. She advises other women aspiring to success in igaming to “look beyond the gender imbalance and just take the challenge”. Farcas points to the “conscious drive” by business to bring in more female leaders in the industry, adding “the rewards can be high for those who dare”.

Pelc has been heading up LeoVegas’ casino product and operations department for more than three years, having previously helmed the casino offering at Betsafe. Her career in the gambling industry started in land-based casinos as soon as she finished school and has gone on to span 15 years, the last five of which have been in a succession of senior roles. Last year she gained a raft of industry recognition for her work in launching LeoVegas’ live casino product, in particular for the implantation of the site’s dynamic API. Her work contributed to LeoVegas picking up awards for Best Live Casino and Best Mobile Product this year. Pelc also delivered multi-fold GGR growth to the relaunched LeoVegas Live product vertical and, in conjunction with partners at Evolution, expanded it from a three-table offering to more than 12 tables in a multi-language dedicated environment. Pelc is vocal about improving diversity in the industry and told iGB earlier this year that she frequently receives messages from women struggling to get a foot in the door. Having just returned to work after the birth of her son last year, she says her biggest challenge at present is finding the balance between career and family life. “I have some work to be done on mastering the implementation as I tend to work around the clock and feel I need to change that,” she adds. Despite needing to find a balance, Pelc is passionate about casino products and the process of bringing them to market. Her advice to women that want to do the same is: “Be confident and dedicated to your dreams and ambitions. Yes, you might have to learn how to communicate with diverse personalities and cultures to be well understood but don’t get held back from giving an opinion not to ruffle any feathers”.

Boeskov joined Kindred, then Unibet Group, in 2005 in a position that quickly evolved from management trainee to business development manager. During nearly three years in the role she added three new gambling product verticals, before being promoted to head of acquisition services in 2007, head of the customer service centre the following year and into the executive team as chief operations officer in 2009. Boeskov took the position of chief programme officer in 2016, the year that Unibet became Kindred, leading the new entity’s change management initiative Becoming Kindred. Flying relatively under the radar from an external point of view, she has been responsible for co-ordinating Kindred’s technical and commercial operations, guiding the 1,400-strong group to year-on-year growth across its key financials. Despite spending almost her entire career at Unibet, and latterly Kindred, Boeskov says igaming was “an unexpected career choice”. She was looking for “opportunities to learn, grow, take part, solve problems and develop this business beyond the imaginable” and the industry delivered. The judges remarked on Boeskov’s meteoric rise in an ever-changing business, where managing cultural change over the past two years has been key to its ongoing success. Boeskov describes the industry as “a fantastic place to grow for ambitious women”. Despite some companies still needing to do a better job of fostering more inclusive working environments, she reckons “your vocal support and leadership can push that change”, adding “there are so many progressive companies in our industry that really lead the way”. Boeskov’s advice to women wanting to enter the industry is to leap on the “tough”, “existential” challenges the industry faces in how it relates to customers and society. “Join new projects and ventures that aim at solving these. Don’t wait to become an expert, it’s part of the industry DNA that we’re learning as we go. Your contribution could make all the difference!”

Stephen Carter is editorial director across the iGaming Business stable of magazines and websites. He has more than 10 years’ experience working for a variety of igaming sector publications and affiliate websites, including a stint as deputy editor at EGR before going on to join iGB as editor in 2014.

Kelly Kehn is co-founder of the All-in Diversity Initiative, which advocates for a data-driven approach to improving inclusion in gaming. Since entering the industry in 2004, Kehn has held leadership roles in marketing, operations, management and sales. She won the Women in Gaming Award for Leader of the Year in 2016.

Christina Thakor-Rankin is the other half of All-in Diversity and runs a consultancy business. Her career in the industry spans 25 years and the whole betting and gambling ecosystem, including land-based, online and mobile gaming. She firmly believes that diversity and inclusion are critical to success in business.

Helen Walton is founder and marketing director at gaming software company Gamevy. A relative newcomer to igaming, she brings with her a wealth of experience from journalism, marketing and education. She believes the corporate definition of ‘experience’ is limiting and unrelated to the core skills of analysing problems, building solutions and managing people.

Andrew Bulloss is a partner at executive search firm Odgers Berndtson and has been placing directors, senior executives, C-level and non-executive directors in the international gaming and gambling industries for a decade. Prior to joining Odgers, he spent eight years leading recruitment in the technology/online, consumer goods and financial services industries in the UK and Europe.