The second installment of iGB's inaugural Most Influential Women list 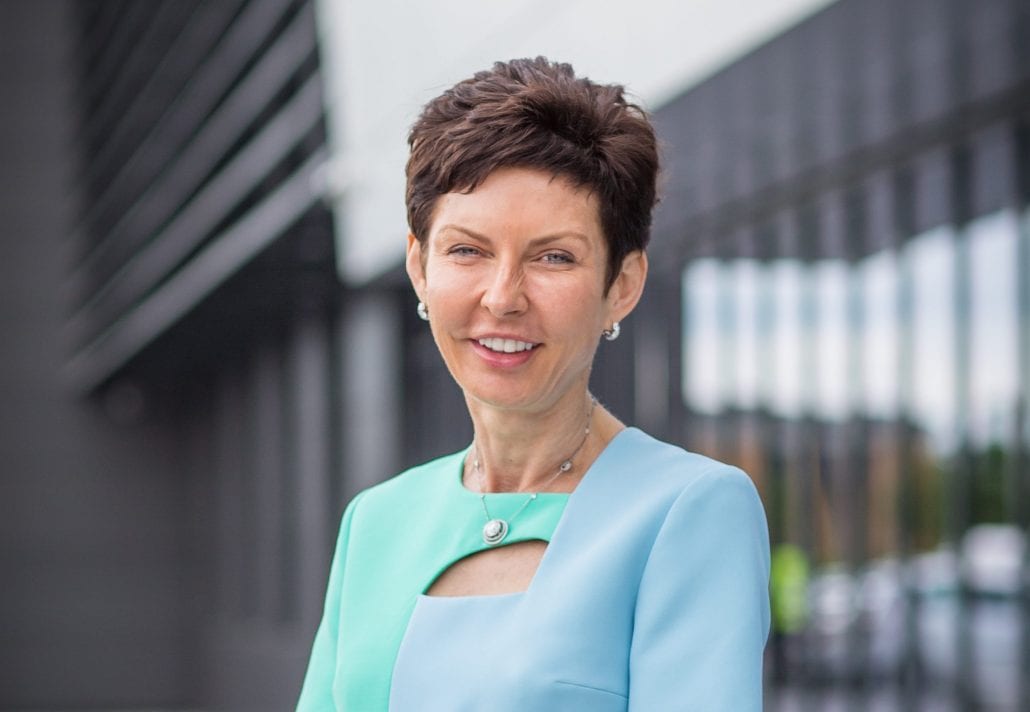 The inaugural iGaming Business Most Influential Women list aims to raise the profile of women in the industry and showcase what women in our industry are achieving today, as well as how rewarding a career in the gambling industry can be, irrespective of background.

This is the second installment of a three-part series online. To read more about how the list was drawn up, why we thought now was the time to do it and who the judges were read Most Influential Women 2018 published on 13 July, 2018.

Shelly Suter-Hadad, COO/MD, Mansion
Suter-Hadad joined Mansion as head of marketing operations in 2008, having entered the industry as a consultant a couple of years earlier. Ascending the company hierarchy steadily since then, she has been director of business development, CCO and now also managing director. Suter-Hadad led Mansion back into sports betting earlier this year, launching MansionBet via SBTech’s sportsbook and using its Chameleon360 platform. Since then, the new brand has inked sponsorship deals with Gibraltar’s World Pool MastersOne and horseracing’s York Cup. One judge described her as “completely committed and looking to buck the trend of the established players”. Suter-Hadad described the new product as “a very exciting challenge which is taking a considerable portion of my focus”. The launch is a bold move in a saturated market, but Suter-Hadad is taking a holistic approach to getting the brand USP, offering, digital presence and user experience right. “This includes leveraging on each effort across all marketing activities, including our CRM, acquisition channels and PR endeavours,” she explains. Her influence at Mansion and across the wider market was recognised with a Women In Gaming Award last year, the same year that she oversaw the rebrand of Mansion’s casino.com brand. Her advice to women wanting to make their mark on the industry is to think of yourself as a leader before all else. “Forget your nationality, your gender, your status or anything else holding you back,” she says. “Be brave! Go out there, speak up, share your ideas and take a chance! There is no perfect timing – good timing is good enough.” A natural mentor, Suter-Hadad says it is one of the most rewarding parts of her job to bring other people on and develop them. “Nothing is as rewarding as chaperoning someone through the process of self-discovery and development; setting audacious goals, achieving personal accountability and learning the power of persistence,” she says.

Irina Cornides, CEO Group Marketing, Jackpotjoy Gaming
Cornides has been CEO of the Jackpot Joy gaming brand since May, having successfully led its operations division since 2015. As one of the only female CEOs in the industry, she heads up a company that holds circa 22% of the UK bingo market. She joined the firm in 2014 following Intertain’s acquisition of bingo operator Mandalay Media, where she was managing director, which later became Jackpot Joy. She has also held senior roles at Party Gaming and BGO, as direct marketing manager and head of bingo, respectively. Cornides says after consulting for Roland Berger and completing her Master’s degree, she was looking for “an entrepreneurial industry where I could put data driven strategies into action”, when igaming came calling. “During a windsurfing holiday in Tarifa, I met Gibraltar-based industry professionals and my interest was piqued,” she explains. Reflecting on her recent promotion, she says: “My sole focus is to continue our stellar track record, outperform targets and further grow and solidify our market position.” Her new role gives her control of the UK’s biggest bingo brand, overseeing the entire Jackpotjoy portfolio across all European markets, and consequently control of the majority of group revenue and profits. Cornides says the broad remit of her position and the fast-paced, competitive nature of our industry is part of what appeals to her most about her job. Her advice for women hoping to replicate her success in the industry is to “trust in your capabilities and surround yourself with supportive people who believe in you; both professionally and personally”. With that foundation to work from, she adds that you are then able “to set ambitious goals, deliver your best and enjoy what you do”.

Kostandina Zafirovska,CEO, BtoBet
Zafirovska has been at the helm of Malta-based sportsbook and gaming platform BtoBet since January 2017, having served the previous two years as the company’s chief operating officer. She has more than 17 years of experience in computer science engineering. Alongside heading up BtoBet Zafirovska is on the executive board of Swedish software consultancy Seavus. She rose through the organisation, heading up several departments on the way, and assisted high-profile clients from various industries including insurance and finance. Her specialty has been designing and developing IT software products aimed at improving customer experience and simplicity of use. One of the projects she started working on almost five years ago was the development of the gaming and sports betting platforms that now constitute what she describes as “the backbone” of BtoBet. As such, she has seen the firm rise right through from its inception. Having overseen the launch and growth of BtoBet in a highly competitive market, she says her next challenge is “to influence the gaming community to embrace ever more the concept of advanced technology, and to recognize the value that this same technology has in terms of operational results”. One igaming exec described Zafirovska as “funny and charming” but “one of the most commercially shrewd and determined people you’ll ever meet”, while the judges saw her as the driving force behind a “technology challenger platform” and “making inroads in new markets”. This year alone BtoBet has articulated plans to expand in Italy and Peru. Asked what she would say to other women looking to excel in igaming she said: “Be confident, grasp every opportunity to demonstrate your knowledge and expertise in the field, and base your action on wisdom and integrity.”

Denise Coates, CEO, Bet365
Last year Coates became the highest-paid CEO in the UK, paying herself an astonishing £217m. She is reported to have accrued a net worth of £3.5bn since the launch of Bet365 in 2001. Coates entered the industry as a cashier in her father’s small chain of betting shops before growing the family business to the online gambling behemoth that it is today. Coates’ career in igaming is not a story of breaking through; it’s one of crafting the industry we know today. “I was running the family chain of betting shops when the internet was in its relative infancy,” she tells iGB. “I saw the opportunity that the internet provided to build a market-leading sports betting provider. I knew that the shop estate I was running was only ever going to be a good regional player. So we set about developing sports betting software and Bet365 was born.” Coates’ vision manifested the igaming industry’s biggest brand, one that is instantly recognisable even to those that don’t use it to bet. Coates flies under the radar as much as she can as far as publicity goes, but she remains highly engaged with the business. She says the best part of her job is “the challenge and excitement of running a global business along with the satisfaction of providing high quality jobs” and says her ongoing challenge is to “always to be the best at whatever I do”. Asked for a few words of wisdom for other entrepreneurial women looking to make their mark on the world, Coates says: “Work hard and focus on the detail. It’s the detail that sets you apart.”