Newgioco has plans to dominate the industry in the coming years, but expansion efforts in markets such as the US and its native Italy have been slowed by novel coronavirus (Covid-19). However, as chief executive Michele Ciavarella tells Robin Harrison, rather than deterring the business, it has instead prompted a temporary shift in approach. 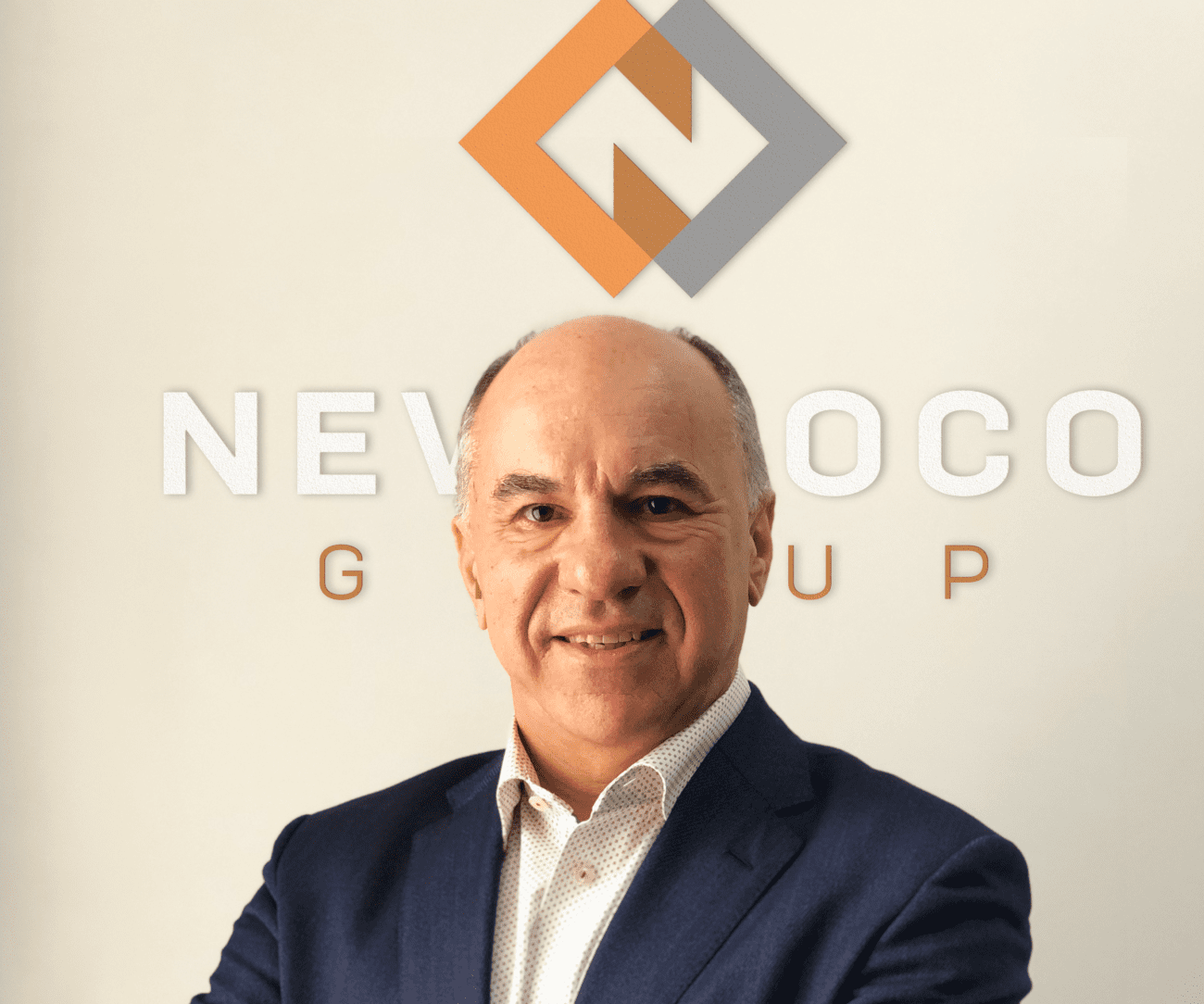 Newgioco has plans to dominate the industry in the coming years, but expansion efforts in markets such as the US and its native Italy have been slowed by novel coronavirus (Covid-19). However, as chief executive Michele Ciavarella tells Robin Harrison, rather than deterring the business, it has instead prompted a temporary shift in approach.

Newgioco has set out ambitious plans for expansion in the US as it looks to build on robust foundations established in its native Italy through a flurry of acquisitions.

The business was first established in 1998 as Empire Global Corporation but it was a series of acquisitions from 2014 onwards that put it firmly on the map. First, it acquired land-based and online gaming operator Multigioco in 2014, before doing with a deal for Rifa – via Multigioco – to burnish its Italian land-based operations in 2015.

This was followed by the 2016 acquisition of Odissea, now Newgioco’s software development arm and creator of its Elys sportsbook platform, the core component for its US expansion plans. A bolt-on acquisition of Ulisse, another land-based gaming operator in its native Italy followed later that year, as did a rebrand to Newgioco Group. This has since been complemented by a deal for virtual sports specialist Virtual Generation, agreed in January 2019.

“Our strategy goes back around five years,” chief executive Michele (Mike) Ciavarella explains. “The plan was to develop this brand-new software to become one of the major operators around the world, and to deploy it first in the Italian market then expand around the world.

“In the long term we aspire to be the next GVC – we want to blanket the globe with our product like they have done so successfully.”

If these aspirations seem especially lofty, Ciavarella believes the Elys platform gives it a unique advantage over its competition in the US. Using the experience gained in the highly competitive Italian market, he says the business is working on “a platform module that is unique for the US sports betting market”.

Development of this platform is expected to be completed and ready for launch, though only “once the current global health crisis subsides and sports leagues get back underway”, Ciavarella says.

With Italy the first European market to be hit hard, shutting down betting shops and gaming halls, before the shutdown of all major sports leagues and US casinos followed, Newgioco has seen much of its business disrupted.

“Clearly, sports is an important product vertical,” Ciavarella notes. “However, what the pandemic has also done is forced us, like others, to rely on our non-sports products such as online casino, poker and virtual sports so that we can continue to service our clients and provide an entertaining experience while most people are in self-isolation.”

He argues that to some extent the pandemic has offered a silver lining for the business, for two reasons.

“The first is that because most other markets are suspended, we now have greater capacity for our technology team to focus on the US platform coding project. Secondly, it has put the brakes on our competitors’ growth and therefore held back market development in existing regulated states in the US, thus allowing us to complete our development schedule in parallel.”

That’s not to say the business is struggling to keep the lights on, though early in April Newgioco reported a 42.7% decline in sportsbook revenue as a result of Covid-19. However, this was mitigated in part by a shift to online casino and poker, with activity up by around 25-30%, and revenue rising 16.6%.

“In addition, we also saw a shift to virtual sports and games in our online channel compared to what we find is traditionally a land-based favourite,” he says.

However, Ciavarella adds a caveat, noting that the shutdown of betting shops initially resulted in a drop in virtual sports revenue, reflecting the products’ popularity across its retail network.

“But even though we experienced an initial decrease we have been working towards preparing incentives for customers to switch on online play of virtual products,” he says. “The challenge, however, is there is a ban on advertising that makes it difficult to promote gaming products through traditional channels.”

Virtual pivot
All this makes January 2019’s acquisition of Virtual Generation, and the scope to expand beyond its core Italian market, more important. The team behind the subsidiary developed the product on the Elys platform, meaning Newgioco was very familiar with the business and the team behind it.

“After they proved the concept of their virtual RNG engine, we completed the acquisition,” Ciavarella explains. “Now it’s part of the group and we’re expanding it.”

This has seen Virtual Generation quickly snap up Colombia’s first online virtual sports licence, and agree a quintet of supply agreements with as-yet-unnamed partners in Africa, including two in the Kenyan market.

Having met with a number of potential partners at Clarion’s ICE Africa show in Johannesburg, it came away with 12 potential partners, in various stages of licensing processes, and aims to spread across the continent through these partners.

By having this broad range of products, Ciavarella believes Newgioco will be able to be nimble, to meet demand for a certain product as and when it arises. With virtuals currently seen as a way to mitigate sporting suspensions, it just so happens they are the product in demand today, but these agreements will be used to expand partnerships into other products and verticals.

“In the US, aside from the Covid-19 situation, if we open with the Elys platform and start signing clients, we hope to cross-sell into Virtual Generation,” he explains. “It’s the same in South America – we have a very unique virtual product, with some of the highest sales in the region.

“It’s a process of being nimble and taking up opportunities, rather than going into a jurisdiction and saying ‘you have to take everything’. We can provide components as they need them.”

Acquisitive nature
And this agility, he argues, will help it identify and take advantage of opportunities as and when they arise, especially when it comes to M&A. Ciavarella believes Newgioco has built a strong core, one which can help it grow organically in its core Italian market.

“That all said, we believe that there are several good M&A opportunities available,” he adds. “But we are focused on screening those opportunities that are accretive to our existing core business and can add an element, component or technology that will add efficiencies and additional flexibility as we grow into our prospective new markets.”

After all, if it is to achieve its ambition of emulating GVC, it could be expected to look to add more B2C elements to its predominantly B2B business. And with its heritage in the regulated, competitive Italian market, Ciavarella sees the company as having greater prospects of growth in other regulated territories.

But being nimble to take advantage of opportunities does not mean Ciavarella will jump before he feels the product is ready. While Newgioco, in partnership with Handle19, is preparing to make its US debut in Washington DC, the Covid-19 enforced delay to the market opening is not a setback, he says.

“We are not planning to launch until the product is absolutely perfected,” he says. “This is quite critical, because sports betting is quite unique, it is the only product in the world where the vendor competes with the customer and that competition results in business risk. This requires patience.

“The differentiator with Newgioco is that our Elys platform has a specialised risk-management processor that is purpose-built for this industry. Therefore, when we have our US platform ready, we will execute on our plans. You can expect strong market adoption throughout the US including DC at that time.”

DC, by allowing smaller retailers to compete against the state lottery, is taking a different approach to states that have made land-based gaming operators the power brokers. Ciavarella believes it is the most accurate representation of what the US sports betting market will ultimately evolve to be.

“The situation in Washington, quite uniquely, is that they are allowing the retail locations to get a licence and open up,” he says. “I see that same scenario in Virginia, Maryland and Illinois, so it’s very interesting how the DC folks gave the online rights to Intralot with the state lottery.

“The US market is going to be more like Washington DC than New Jersey. It’s going to be more restaurants, bars and delis getting licences to provide betting, so I think what’s happening with DC is a brilliant opportunity, and people are not looking at it.”

“I’m happy to be working with [Handle19 founder] Shane August in that market, as my expectation is that the model we see in DC is the model that’s going to go across the US.”

This might take five or even ten years, he says, but Ciavarella is convinced that is what the US market will ultimately look like.

This, obviously, is on hold until Covid-19’s spread is slowed or halted. But in the meantime, through its expansion into virtuals and supported by its online casino and poker offerings, Newgioco has a buffer that can help it mitigate the pandemic’s impact.

After all, if it is serious about its ambition of becoming the next GVC – a company that has “done an exceptional job of growing [its] business globally,” Ciavarella notes – this drive to be the best across all verticals will be crucial.

“We believe that having built one of the newest state-of-the art betting systems in the world, we definitely expect to see global adoption of our products as these new jurisdictions come online,” he adds. “The US market is one such prime example of this capability.”