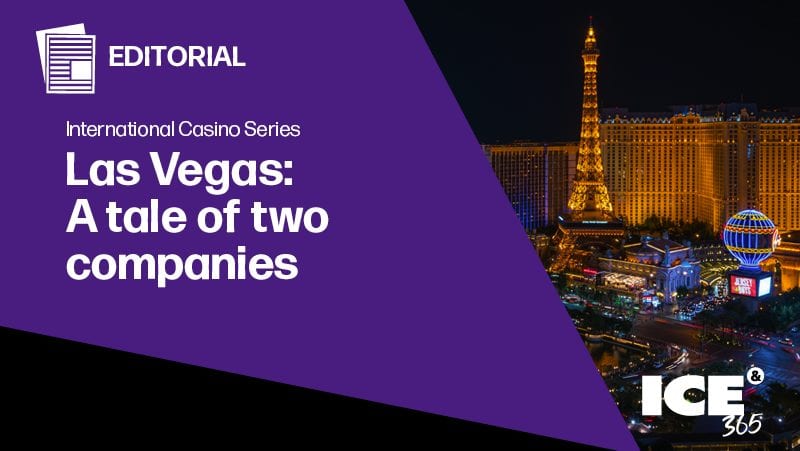 Meanwhile, Genting’s Singapore rival Las Vegas Sands is ditching the Strip, selling the Venetian, where LVS founder Sheldon Adelson changed the course of casino history, for US$6.25bn to focus on Asia. Both companies may be right.

“Las Vegas makes sense for a group like Genting, which also has large developments in the US and is looking to expand its footprint,” Global Market Advisors managing partner Steve Gallaway says. “However for an Asian focused company, such as Melco or Galaxy, and now LVS, I question the benefit of paying the high cost of owning and operating a Las Vegas Strip asset.”

RW Las Vegas president Scott Sibella says: “Our goal is to bring more awareness of the Genting and Resorts World brands to the domestic consumer, and ultimately help this prestigious company become a household name in the US market.”

Genting remains a contender for an IR license in Japan, where gaming regulations amplify Singapore’s fastidious model. “Since Genting operates in Singapore, it has insight into the impact that entrance fees and other restrictions can have on operations,” Strategic Market Advisors managing director Matthew Landry says. But Japan’s delays and demands make it Asia’s “least dirty tee-shirt in the laundry,” one executive says.

Still Las Vegas Sands has chosen to focus on Asia, which produced 90% of its US$5.4bn EBITDA in 2019. LVS chairman and CEO Rob Goldstein’s Venetian sale written statement said: “Asia remains the backbone of this company and our developments in Macao and Singapore are the center of our attention.”

“LVS has invested an incredible amount of money in Macau,” resort architect Paul Steelman says, an estimated US$15 billion. “It must be one of the largest private investments in the world.”

LVS is currently investing more, remaking Sands Cotai Cetral as Londoner – between Venetian and Parisian – and adding a fourth tower and arena to Singapore’s Marina Bay Sands. With those additions, LVS “will be much better placed with the mass customer,” Weststar Architects International managing director Paul Heratakis says.

The Venetian sale includes the shell of St Regis Residences, construction halted in 2008. “If the Las Vegas market is so great, why was this project never completed?” Klebanow Consulting principal Andrew Klebanow asks. “One must understand Las Vegas is a very mature, slow growth market.”

Accounting for two-thirds of LVS Asia EBITDA, Macau is a gamble since casino concessions expire next year. “LVS is clearly taking a risk so close to the end of the concession period,” Hong Kong based risk consultant Steve Vickers says. “However, the Macau government will be mindful of the impact on property values and broader confidence that any abrupt decision might have. That risk may well pay off.”

“I’m afraid that gaming and IR development and operations will be increasingly politicized in the greater APAC region and beyond, especially in markets that rely heavily on China as a key feeder,” The Innovation Group Senior Vice President Michael Zhu says.

Geopolitics plus potential concession revisions could lead LVS to reduce its 70% share of Sands China, the Hong Kong listed entity holding its Macau properties. Sands China may even be compelled to bring in a strategic partner, a scenario simplified without Nevada regulators’ oversight.

That doesn’t look like a future Sheldon Adelson or his heirs would welcome. LVS could have more cards to play.