Last week Germany made a decisive move towards a total overhaul of its gambling regulations. Wulf Hambach, Stefan Bolay and Stefanie Fuchs of leading German law firm Hambach & Hambach outline what may happen next – and what needs to happen to ensure a satisfactory conclusion for all stakeholders. 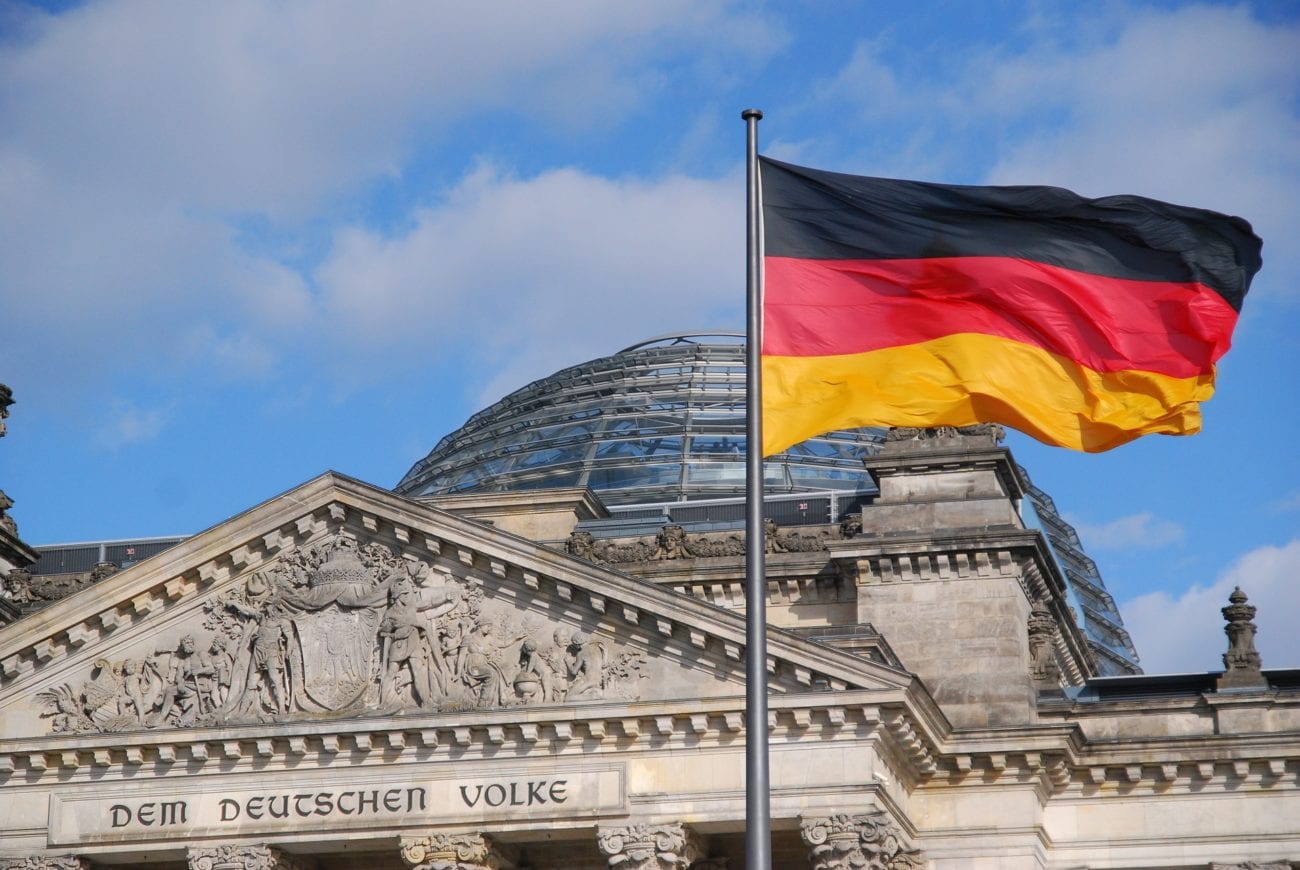 Wulf Hambach, Stefan Bolay and Stefanie Fuchs of leading German law firm Hambach & Hambach outline what may happen next – and what needs to happen to ensure a satisfactory conclusion for all stakeholders.

At their conference on 21 March, the German Minister-Presidents agreed – as expected – on the third Interstate Treaty to amend the Interstate Treaty on Gambling (3. Glücksspieländerungsstaatsvertrag, 3. GlüÄndStV).

They decided to extend the so-called experimental phase for private sports betting offers in the current version of the Interstate Treaty on Gambling (GlüStV) until 30 June 2021 (the date of expiry of the GlüStV), while dropping the 20-licence cap.

The Treaty still needs to be notified to the European Commission, which will take place in April, so the standstill period of up to four months will expire in August 2019.

After that the 3. GlüÄndStV also needs to be ratified by the parliaments of all federal states, which is expected to happen between August and December 2019.

The tender process for this original seven-year period initiated by the federal state of Hesse failed due to court orders which expressed doubts concerning the constitutionality and conformity with EU law of the 20-licence cap, as well as the legality of the selection procedure.

The dropping of the licence cap means that a selection process is no longer necessary. All sports betting operators can be granted a licence if they meet the minimum requirements of the GlüStV, which remain unchanged in the 3. GlüÄndStV.

We expect that Hesse will publish a catalogue of requirements comparable to the conditions set out by Schleswig-Holstein (SH) for the implementation of the transitional regulation and the Regional Council of Darmstadt regarding horse race betting licences.

Among the main requirements are a connection to the OASIS self-exclusion system, a responsible gambling strategy and proof of anti-fraud and anti-money laundering processes. Demonstrated reliability and expertise in organising games of chance will most likely also be needed.

The issuing of licences is planned for the beginning of January 2020, when the 3. GlüÄndStV enters into force. Therefore, licences will be valid for only about one-and-a-half years.

Sports betting operators that have applied for or even received a transitional waiver from SH, as well as operators which have successfully fulfilled the minimum requirements in the previous tender process, may be able to use this for a licence from Hesse. But it remains unclear exactly how this will work.

Moreover, it is unclear how the material restrictions set out by the GlüStV will be handled by the Regional Council of Darmstadt, especially with regard to the prohibition of online casino games on the same website, customer bonuses and promotions, and the prohibition of other live betting on the final result and of bets on events occurring during the match (such as next corner and next yellow card).

Live betting and bets on events occurring during the match are the most popular bets in the market, and account for approximately 60% to 70% of sports betting turnover, according to German sports betting association DSWV.

In addition, the market for casino games is growing much faster than the market for sports betting. The market for online casino games has experienced growth of nearly 50% during the last couple of years and currently these make up 59% of the total unregulated market of offerings licensed in other EU member states, according to the annual report published in November last year by German gambling authorities.

Questions over implementation
The Regional Council of Darmstadt might demand the separation of online casino and sportsbook offerings and a ban on live bets other than those on the final result of the match as key licence conditions.

Operators, however, could file claims against conditions which prohibit such offers. Such court proceedings will most likely not be finished until the expiry of the new sports betting licences on June 30, 2021 and the conditions should not be enforced during the court procedures.

The general restriction to maximum stakes of €1,000 per month could be handled by the Regional Council of Darmstadt in a similar way as it is by the Ministry of the Interior Schleswig-Holstein.

This would mean the monthly maximum stake limit would not need to implemented if the operators alternatively implement a comprehensive, IT-based player monitoring system to identify characteristics of problem gambling and a procedure for dealing with endangered players.

As already outlined, the prohibition of online casino offers has not been altered by the 3 GlüÄndStV. However, the chiefs of the state chancelleries passed a resolution in their meeting on March 21 whereby other federal states will allow SH to deviate from sec. 4 par. 4 GlüStV and prolong the licences granted to online casino operators on the basis of its former Gambling Act SH (GA SH) until June 30, 2021 to maintain a regulated market.

Until transitional regulations for online casino enter into force, SH will not take any enforcement action against licence holders.

SH will issue at the end of May a law on transitional regulations for online casino games, with which it will extend the existing 23 online casino licences granted to online casino operators on the basis of the former GA SH until June 30, 2021.

Furthermore, online casino operators holding a SH licence granted on the basis of the GA SH will also be granted a transitional waiver for the operation and the distribution of sports betting products, as long as the licence holder has applied for such a waiver. Thereby, SH does not demand the separation of online sports betting and online casino offerings.

Obviously, newcomers without an existing online casino licence shall not have any opportunity to acquire a licence and to operate in the regulated SH market until 30 June 2021 on this basis.

In recent times, the voices speaking out in favour of the implementation of a joint qualitative online casino regulation applying all over Germany are growing louder.

These voices do not only belong to academics such as leading economist Justus Haucap, who explained the necessity of gambling reform in an article published in German journal Beiträge zum Glücksspielwesen (Contributions to Gambling) on March 22, but also members of the German federal parliament such as the gambling expert Patrick Sensburg.

In an article published in the same journal on the same date, Sensburg warned that without a qualitative regulation of all verticals, the online gambling market will increasingly move to foreign countries, including those outside of the EU. The prevention of gambling addiction and youth and player protection will thereby be further decreased instead of increased.

With a qualitative regulation this could be changed, Sensburg said. Law abiding operators may be separated from non-conforming operators, against which enforcement measures may then be taken with clear and undisputed regulations that are compliant with constitutional and EU law.

Youth and player protection will therefore be increased, in part by ensuring licensed operators’ compliance with the qualitative regulations – which, however, need to be viable and allow companies to develop competitive offerings.

Further, the state would create a reliable long-term legal basis for collecting taxes which may be used for public tasks such as addiction prevention or charitable purposes.

The commissioner for narcotic drugs for the German federal government, Marlene Mortler, also demanded this form of qualitative regulation covering all verticals in a press release of 21 March.

In addition, members of the parliaments of the federal states are supporting these calls. For example, Hans-Jörn Arp, member of the SH parliament, issued a press release on 21 March in line with Mortler’s, while Hessian member of parliament and minister of the interior Peter Beuth told newspaper Badische Neueste Nachrichten that the previous regulation had failed and that the situation needed to change.

Since the states of Bavaria, Saxony-Anhalt and Saxony are also sympathetic to these calls, it seems likely that the majority of the federal states are supportive of online casino regulation for the first time. At the moment only Hamburg, Berlin, Brandenburg and Bremen are blocking such a move.

Therefore, a qualitative regulation of all verticals, including online casino and online poker games in much of Germany, is expected from mid-2021.

In order to guarantee a joint regulatory framework applying in all federal states, an opt-in or opt-out model might be agreed upon as a compromise. This would allow every federal state to individually decide, within the framework of a joint Interstate Treaty, whether to allow online casino or not.

The Deutscher Verband für Telekommmunikation und Medien (DVTM) has put forward this solution in a white paper on German gambling regulation, which it developed in collaboration with its think-tank, of which the former German economics minister Wolfgang Clement and Sensburg are members.

This, it suggested, may be a solution should no agreement on a qualitative regulatory framework be agreed by all states.

However, a patchwork of regulations in Germany works in nobody’s interests – as the chief of the state chancellery of SH Dirk Schrödter made clear in an interview published in German newspaper Behörden Spiegel (Authorities Mirror) in January.

Therefore all federal states should consider in their decisions that the goal of channeling as many players as possible to legal offerings is absolutely key for achieving the aims of the Interstate Treaty on Gambling.

High channelisation may only be reached with a qualitative regulation of all verticals, as experiences in other member states of the EU demonstrate. Moreover, in those countries, the liberalisation of the gambling market has not resulted in a noticeable increase in problematic or pathological gambling.

With the third treaty an important first step has been taken, although there is still quite a long way to go.

March 2019: All Schleswig-Holstein licensees are informed that they will be allowed to operate until the transitional law is brought into force, and all existing licences are renewed.

April 2019: The Third Amended State Treaty on Gambling is submitted to the European Commission for approval

May 2019: The transitional law is passed and brought into law in Schleswig-Holstein