James Noyes’ proposals for reforming key aspects of Great Britain's gambling industry have received major coverage. They show how sensitive the issues are for all stakeholders and why the industry must engage in a constructive manner. 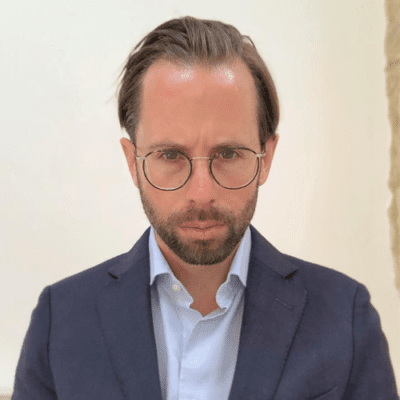 James Noyes’ proposals for reforming key aspects of Great Britain's gambling industry have received major coverage. They show how sensitive the issues are for all stakeholders and why the industry must engage in a constructive manner.
By Jake Pollard

James Noyes’ proposals for reforming key aspects of the UK gambling industry are that rare thing when it comes to discussing those topics, in that they are moderate and well-reasoned. With the Gambling Act review set to take place during the course of this parliament, they are also timely.

Noyes is Senior Fellow at the Social Market Foundation thinktank and a former advisor to the former Member of Parliament and deputy leader of the Labour Party Tom Watson. His proposals focus on five key areas of reform: gambling licences, content, affordability, tax and regulatory framework.

Of those, the topic that has attracted most coverage has been gambling affordability. The report calls for a soft cap of £100 per month on deposits, at which point affordability checks would be carried out by independent third-party providers that would assess whether players could safely afford to go over that level of spending.

The Betting and Gaming Council came out strongly against the proposal (but supported the calls for overall reform of the Gambling Act). The BGC said it was “an arbitrary and random low cap on spending and can think of no other area of the economy where the government determines how much an individual can spend”.

Media coverage also centred on the measure, saying the report called for “gamblers to prove they can afford losses”. In fact, Noyes tells iGB, the call is “for a soft cap, not a hard cap, on spending.

“Others have talked about fixed limits, but it’s about having a soft threshold and then affordability checks if certain criteria are met”.

If Noyes wasn’t exactly disappointed with how the proposal was portrayed, he does lament the fact that the headlines were all about “thinktank recommends capping play”.

Instead he says, the detail is that when players get close to losing £100, “that is the point when checks come in and source of income, affordability, whether patterns of harm or unsafe play are present, can all be assessed”.

Complex and technical
The topic points to the febrile atmosphere currently surrounding the GB gambling sector, with the issue of regulation often quickly falling into binary arguments about individual freedom vs. the nanny state.

It could be that Noyes’ report is summed up in such simplified terms because it doesn’t lend itself to snappy headlines and easy to digest copy. It grapples with issues that are highly technical, complex, and nuanced.

“Some journalists are very knowledgeable and fair, they know their brief and are sometimes dismissed by the industry as just being against the sector,” he says. “But as mentioned, they’re writing for people who have no idea about offshore tax, speed of play or the difference between net gaming revenues and gross profits. Issues can get reduced to binary angles when the challenge is technically complex and politically sensitive.”

Clearly the industry doesn’t want prohibitive legislation and must find a way to capture the nuances and respond to the concerns of the man on the street.

“It’s such a challenging task and the reason we haven’t moved forward is to do with the fact that the issue is politicised,” Noyes says. “That’s because it is easier to politicise or kick into the long grass a topic that is uncomfortable than it is to answer questions about affordability, white labels, addiction levels or risks of money laundering.”

Such comments might come across as damning of the gambling sector, but it can be argued they are accurate. For too long it has deflected and not addressed the issues. This all came to a head during the fixed odds betting terminals fiasco, that dragged on for almost a decade.

The infighting and tensions between the casinos, bookmakers and the amusement centres did not help. But that is not an excuse for not discussing the topics openly, especially when the industry is being torn to pieces in the mainstream press. In addition, no amount of denial or press releases can substitute for core competency and taking action.

Noyes points out that his objective has always been to take the sting out of the debate and offer clear-headed, moderate and evidence-based policy goals. And it must be said that the BCG recognised this in its overall response to the report. However, the issue of affordability is unlikely to go away and the industry will have to address it.

All-Party Politics
On the political side, the All Party Political Group on Gambling Related Harm led by the Labour MP Carolyn Harris has endorsed Noyes’s report. He says the industry should look at the number of MPs who support the group and its objectives as a sign of where the debate is headed.

It should also be pointed out that the Social Market Foundation’s financial supporters include Derek Webb, the founder of the Campaign for Fairer Gambling which had such a major impact on reducing stake levels on FOBTs. Webb is also an associate member of the APPG-GRH. The SMF acknowledged this in the report and said: “Neither he (Webb) nor the APPG have had any role in the research or writing of this report. The SMF retains full editorial independence over all its work.”

Noyes says: “In the first instance the APPG supports the report because the aim from both is to support player protection and harm reduction. It’s also important to note that the APPG is not just three anti-gambling MPs (Ronnie Cowan of the SNP and Iain Duncan Smith of the Conservatives being the others), as has been claimed by some executives.

“The group has over 50 MPs from all parties, including influential ones like Tom Tugendhadt, Chair of the Foreign Affairs Committee and Richard Holden, who is a new Tory MP from the so-called red wall of ex-Labour seats,” Noyes points out. “They are vocal members of the APPG. Focusing on Carolyn Harris and painting her as an extreme voice would be a mistake.”

The other obvious point to make is that the backbiting worsens a difficult climate further and is not productive.

Rather, “the industry should see the current situation as a challenge and show critics why they are wrong”, says Noyes. “It should demonstrate why the critics are wrong, how the industry is truly addressing the issues and how it’s building consensus across sectors and with pressure groups and politicians.”

Noyes adds that the reason an MP such as Harris has involved herself in the debate is because families were coming to her with stories of relatives suffering emotional and financial breakdown, huge debt and, in some cases, suicide.

“Carolyn Harris is an MP who fights for victims of domestic abuse, disadvantaged children, and is not from a privileged background: she is exactly the kind of MP people want to see, an ordinary woman fighting to make people’s lives better. She got involved because she has seen people be badly affected by certain types of gambling.”

The BGC noted in its response to Noyes’s report that UK levels of problem gambling in the UK have remained at 0.7% for nearly two decades. The statistic puts the issue in some context, but amid the noise from campaigners and the impact of radio and TV programmes featuring families that have suffered from gambling harm, the point is that that figure doesn’t register. And if one was being particularly critical, the constant harking back to the low levels of problem gambling has a whiff of the FOBT debate about it.

Political momentum
“Operators should show Carolyn Harris and MPs on the APPG that they are reforming and adopting new policies for protecting players,” Noyes says. “Some executives understand that, but others don’t and also seem unaware that there is political momentum for reform across political parties.”

That last point is beyond doubt and politicians including House of Commons Leader Jacob Rees-Mogg and Health Secretary Matt Hancock have also committed to reforming the Gambling Act. Noyes says he is confident nuances of what is achievable will be reflected in the discussions between politicians and operators. But because of the history of the FOBT debate, MPs’ urge for reform has only strengthened.

“Where there might have been a willingness to balance the needs of horse racing towns, high streets or to keep a close eye on tax revenues, most of them are now committed to change. If the industry responds in a way that is viewed as not being constructive, there is a danger voices will become more strident, the search for consensus will be lost and those calling for moderation will be ignored.

“We’re reaching a tipping point, do we listen to the details on how to implement the technology and new measures or do we resort to complaints about overbearing governments and individual freedom or excessive VIP schemes and not protection players?”

The other key aspect of the discussion is that there is no major political figure to drive it forward. Tom Watson was a high profile and longstanding politician who had got to grips with how the industry worked. Although Harris and Duncan-Smith are well established, neither hold a government position that would give them the clout to drive the review forward.

“If there is no leader there is the risk of polarisation and binary debates that don’t address the underlying problems. We can talk of wanting a broad church, but if there is no senior politician saying: ‘I’m going to own this and make sure it’s done sensibly’, there is a risk of a lack of consensus and no bridge building,” says Noyes.

Window of opportunity
The pandemic and economic shock that will result from it, to which can be added a potential no deal Brexit, will dominate the agenda. The gambling sector will need to garner the attention of politicians at a time when they will have minimal headspace for the intricacies of how bookmakers generate margins, affordability checks, fighting money laundering – or whether it wouldn’t just be simpler to ban VIP schemes.

“This is why on the political side the Gambling Act review should be a true cross-departmental effort, so that there is a real understanding of the issues at play and how they interact with one another,” Noyes says. “For operators, there is a window of opportunity to be heard and explain how complicated, technical reforms can be implemented, while also addressing highly emotive societal subjects.

“The industry had Tom Watson as a moderate interlocutor previously, but currently they don’t have a senior politician who can establish common ground across business and politics. Which is why they must not waste this opportunity to show government they can reform and change.”

The call for a change of tone from the industry is not new and many senior executives agree with it, even if they won’t go on the record. The problem with not speaking out however is that it leads to a situation where there is no industry leadership to work with politicians.

“The review is going ahead and legislation will happen. All of us have a duty to ensure it is successful,” says Noyes.

“It’s a chance for the industry to be proactive and steer the debate, rather than being spoken about. The alternative is a total advertising ban, stake and time limits on certain products and content. I remain an optimist for moderate change, but the industry must take this opportunity.”