Recent amendments to the Interstate Treaty on Gambling are “a step in the right direction”, but major doubts remain over its viability. 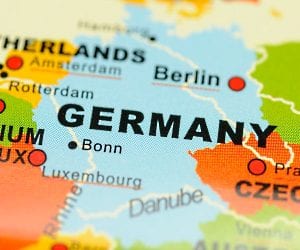 The German Sportsbetting Assocation (DSWV) says recent amendments to the Interstate Treaty on Gambling are “a step in the right direction”, but with several question marks still hanging over the legislation, choppy waters could still lie ahead for the government.

The amendments signed off in March by the Ministers of the country’s 16 federal states (Länder) removed the more controversial measures of the 2012 treaty such as the maximum number of 20 sports betting licences to be issued.

In reality the changes were a patch-up job; fixing the holes in a leaky piece of legislation that had been through a bust-up with the European Commission and a wave of litigation from disgruntled operators.

In 2012 the Ministry of Hesse – in charge of issuing licences – was tasked with selecting 20 licensees from a choice of 35 applicants that included several multi-national brands.

Shortly afterwards in 2014, a group comprised of the rejected applicants (including Bet365, BetVictor, Sportingbet, Tipico and Betclic Everest) launched legal actions against the state, claiming that the process had been discriminatory and lacked transparency.

This complaint was upheld by the Administrative Court of Hesse, sending the legislation spiralling into crisis.

The subsequent stalemate has meant that, since 2012, none of the proposed licences have been issued, with Germany-based gaming firms currently operating in a grey zone.

Back to 2017 and the amendments signed off in March have been criticised by the European Commission, which said they prolonged an unenforceable ban on online poker and casino and meant that Germany had changed the economic terms of operating in the market without updating its legislation accordingly.

The possibility of infringement proceedings being launched against Germany as soon as the Treaty comes into effect also looms.

The regional parliaments have been sent the amended legislation back for ratification, but as North Rhine-Westphalia replaces Hesse and scrambles to establish a new gambling authority ahead of its 2018 deadline, industry observers are questioning whether the second attempt at the Second Interstate Treaty has solved the issues of the first.

The key issues
Under the changes ratified in March this year, the thorniest part of the original Second Interstate Treaty on Gambling – the licence cap – has officially been lifted, paving the way for a new licensing regime with no upper limit.

In an interim agreement lasting until 2018, each of the first 35 applicants will be given provisional permits to offer sports betting products to German customers, with the option to apply for a new licence next year.

On the face of it, this should kill two birds with one stone – appeasing the original complainants while paving the way for a more long-term solution.

But Dr Joerg Hofmann, partner at Melchers and past president of the International Masters of Gaming Law (IMGL), believes it could lead to further legal problems while the EC has also commented that the provisional permits were an unfair advantage over new market entrants.

Arp said Schleswig-Holstein’s existing legislation: 20% tax on gross gaming revenues and no product restrictions; is the “very simple” solution to the regulatory impasse.

Hofmann said: “These ‘provisional’ licences will expire after one year, so regulators are supposed to design a new licensing regime, but we don’t know how, if and when this will come into play.”

“We don’t have any provisions available for applying for the new licences, and we can assume that there will be another wave of litigation initiated by those companies who were not part of the original regime.

“They could argue that it is unfair competition if somebody gets a licence, while other operators have to wait. And that’s assuming there will be another procedure that allows them to apply for a licence next year.”

The state responsible for fleshing out many of these details with the industry will be North Rhine-Westphalia, which is scrambling to establish its new gambling authority and issue guidance to operators before the end of the year.

As yet, nobody has been appointed to head up the new body, and the German Sports Betting Association (DSWV) has said that whoever is in charge will have their work cut out in interpreting the law in an attractive way for both operators and consumers.

According to Luka Andric, managing director of the DSWV, much of the regulation is still based on Germany’s old monopolistic model, with restrictive rules looking set to cause difficulties in the new competitive market.

Casino and poker opt outs
Despite additional pressure from the recently-established German Online Casino Association (DOCV), one of the major concerns remains the fact that sports betting licences will not be permitted to offer casino products such as slots or poker on their sites.

“You may question the logic and the legality of that,” says Andric. “You may question whether this is a coherent policy, but this is definitely how the authorities see it and they will try to make sure that any operators offering sports betting products in Germany do not also offer casino products on the same site. I’m assuming that some operators will be challenging that in the court.”

This is a prediction shared by Joerg Hofmann, who believes that the separation of casino and betting products is likely to create logistical and financial issues for major multi-channel operators who offer a large share of poker, live dealers and slots as part of their business model.

“They have to challenge these contradictions in order to survive with the whole business in place, so it’s more than likely that there will be litigation coming up very soon,” he said.

Operators are also questioning the logic of the €1,000 (US$1,095/ £845) per month staking limit outlined by the Treaty, which will cap the amount of money consumers are entitled to spend regardless of their income, winnings and losses.

At the Länder Prime Ministers’ Conference last November, when proposals for the new amendments were drawn up, legislators agreed to look at the possibility of replacing this staking limit with a loss limit of the same amount. So far, however, it appears that the limit on stakes will remain in place.

“I don’t think that’s viable,” says Andric. “I think they need to look at alternatives to make this work properly.”

Market outlook
Despite the uncertainties and concerns around the amended legislation, online betting and gaming firms continue to target the market.

Germany is the largest EU economy and one of the biggest populations and has the potential to become one of the most significant gaming and sports betting markets on the continent.

“The market here is a strong market,” says Hofmann. “If you compare the US, UK and (the rest of) Europe, Germany is probably the third largest market in the western world.”

Betting operators have not been put off by the regulatory uncertainty and betting volumes grew from around €3.3bn in 2012 to €4.6bn in 2015, representing an average yearly growth rate of 12%.

With many of those ‘grey market’ bookmakers paying taxes on their betting revenues, despite not being licensed, the German government took in more than €250m in state tax receipts, Goldmedia said.

While this may compare unfavourably with the UK’s £12.6bn-per-annum market (offline included), there are hopes that some clarity around the licensing structure will yield rapid growth over the coming years.

For the operators wanting to apply for licences, much of their lobbying and rationale will simply come down to their product focus. “There are definitely operators who want to get a licence as soon as possible, and who are happy to adhere to all the licensing conditions that are being set out,” Andric explains.

“It generally depends on their product portfolio: there are some who aren’t particularly strong in the casino sector and their focus is on sports, so for them it’s not a big headache, whereas other operators who have a much wider product portfolio take a very different view of the issue.”

The pressure for the German authorities to look again at online casino regulations remains high, with the German Online Casino Association (DOCV) continuing to push for what it terms an “orderly opening of the market” that will allow operators to provide safe and well regulated products to customers.

At present, though, concerns linger that a spate of legal battles will simply prolong the impasse and could lead to the Treaty’s ultimate collapse.

“The European Commission obviously has some doubts, particularly about whether this unfair competition issue and exclusive prohibition of online casino games is in line with EU law,” says Hofmann.

“This is just another effort by politicians without any clue on how to regulate and the destiny of this new approach could well be another collapse. In effect, this will mean they have to start again in order to put a complete regulation together.”

Related articles: Germany: never-ending saga continues
As Lottoland looks to Germany, how will it address challenge from monopolies?
Germany: will gaming reform unleash market potential?
European regulation round up