In the second part of iGamingBusiness.com's interview with Vermantia chief executive Filippos Antonopoulos, he discusses the importance of a diversified geographic footprint, and explains why he sees the supplier's majority shareholder Arena Racing Company as one of the most exciting businesses in the industry. 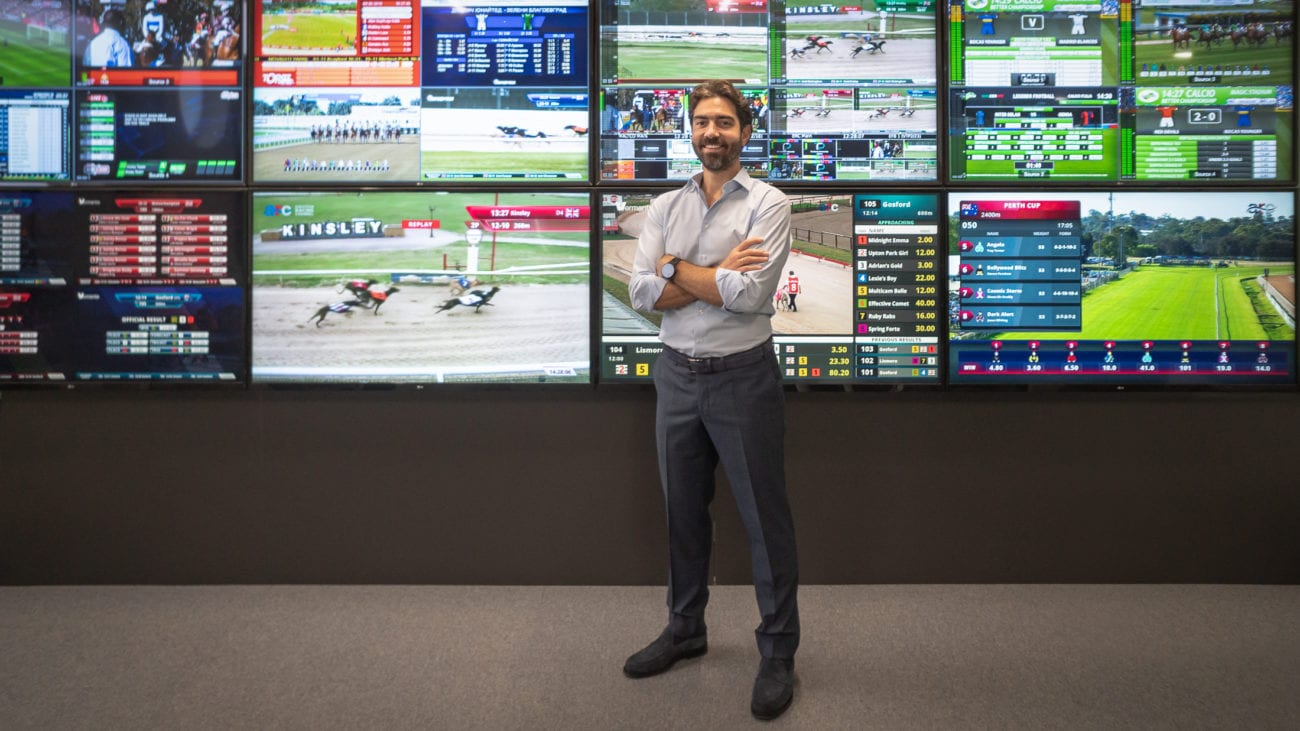 In the second part of iGamingBusiness.com's interview with Vermantia chief executive Filippos Antonopoulos, he discusses the importance of a diversified geographic footprint, and explains why he sees the supplier's majority shareholder Arena Racing Company as one of the most exciting businesses in the industry. Read part one here.

To ensure a business can withstand regulatory change in one market, a diversified geographic footprint is key Antonopoulos says: “We are obviously big fans of emerging international markets.”

This, he explains, is because a supplier can control their business model, rather than end up with a patchwork of different agreements and terms, depending on what sort of partnerships are available, as is the case in more established, competitive markets.

“In terms of which markets are good, you want to look for a few basic good points,” Antonopoulos explains. “The must-haves are: as many operators competing as possible and as large a market as possible.

“So let’s take two examples. Both Nigeria and Ethiopia are very large from a population point of view, so they fit the bill of a large market. Let’s say that Ethiopia is run by a single operator similar to OPAP in Greece, and Nigeria has a multitude of operators. You want to be a vendor that wishes to go in with a strong solution – so which one of the two is better?

“From an expansion point of view you’d say Nigeria is better, as there isn’t this binary case of one operator, so you’re in or out.”

A new Arena
Yet for a business with such an international outlook, and a CEO very aware of the need to avoid being wedded to a single market, Vermantia is now majority owned by Arena Racing Company (ARC), a UK racetrack operator. It’s clear that Antonopoulos sees huge potential in the business, even against a backdrop of uncertainty for the wider racing sector.

“Arena is in some ways it is a very mature business that operates within a stretched environment in terms of margins and gaming climate,” Antonopoulos says. “On the one hand it looks like an ‘old economy’ asset.

“On the other hand, it is to me one of the most valuable businesses in the world today,” he adds, however. “In the sports and racing part of the gambling universe, they are one of the very few true generator of their own content that is also able to go all the way to the shop.

“It is as if ARC is the combination of FIFA and Sportradar. They own the racecourses and create the sports and betting content together,” he explains. “So in terms of potential, they are a diamond.”

Not only can Vermantia provide the technology to bring ARC content into betting shops around the world, creating new revenue streams, but it further diversifies, but it can provide technical know-how to update the racing – and horserace betting – experience.

“That’s what ARC’s board sees, why they have made very bold and aggressive moves. And that’s who I like to collaborate with, those with aggressive strategies.”

This aggressive approach to business has served him well in that he was able to build Vermantia, a relative latecomer to the retail supply market, into a thriving business. He points out that not only did this mean the business had to operate in a more efficient and effective way, but it also benefitted from not being wedded to legacy technology.

“We run what is the world’s largest broadcaster for the gaming industry from a space that is one fifth the size of our biggest competitor,” he says. “Why? Are we smarter? We’d like to think so. Are we more cash-intensive, if we derive more value from each Euro? Maybe.

Next up is OKTO, a new payment solutions provider. As with Vermantia, Antonopoulos is targeting a mature and highly competitive market, in which consolidation has seen a number of major incumbents establish powerful positions.

Yet he believes that with a better understanding of what players actually need will allow OKTO to carve out market share.

“There is no better way to monetise this knowledge than to go back, design build and come back to the player offering them a wallet solution. There are few things as true and directly connected to the player as their wallet.”

OKTO plans to launch a range of solutions, including digital banking tools for challenger banks and retail and mobile payment products. It’s all based on the rationale that it creates a product build specifically for customers, rather than to aid businesses.

The opportunity stems from the European Union’s second Payment Services Directive, which essentially breaks down banks’ monopoly on user date. Merchants will be able to retrieve account data from the banks, processing payments without redirecting customers to services such as PayPal or Visa

Antonopoulos is under no illusions that payments is a highly competitive sector. Nevertheless, he adds, he believes the current range of products and solutions leave room for improvement.

“As a user, I can see the seams of the dress,” he says of the current payments market. “I really think that I can sew a one-piece dress.”

Boldness and confidence in his, and his colleagues’, abilities have already worked for Vermantia. It remains to be seen whether he will have the same level of success upon the foray into payments.​