With iGB having opened nominations for the industry's most influential women for 2019, iGB catches up with some of those who made last year's Top 10 to find out what they’ve been up to since as well as get their views on who deserves to feature this year 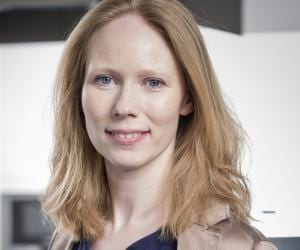 With iGB having opened nominations for the industry's most influential women in 2019, iGB catches up with some of those who made last year's Top 10 to find out what they’ve been up to since as well as get their views on who deserves to feature this year

At the time of announcing the survey we provided some inspiration on potential nominees, and last week All-In Diversity Project’s Christina Thakor-Rankin, one of the survey’s judges, gave her view on what’s important in a role model.

This week we caught up with some of those on the inaugural list to find out what they’ve been up to since featuring on the list, as well as get their views on who deserves to feature this year.

Moving up and on
As might be expected, there have been a number of professional changes in last year’s group of Most Influential Women.

Following the announcement in June that Jackpotjoy Group is to acquire its technology partner Gamesys, Irina Cornides, CEO of Jackpotjoy’s gaming division, is set to become chief commercial officer of the enlarged group. As she explains, her role is, “growing to include looking after additional international markets for the group, with a focus on Asia and our B2B operations”.

At Kindred, Britt Boeskov’s (pictured) role has also expanded, with her title changing from chief programme officer to chief experience officer. “We reorganised in autumn 2018 and determined that it was central to recognise the customer experience further, to ensure our investments and development priorities deliver the highest perceived value,” she says.

In April, Boeskov also joined the board of Racecourse Media Group (RMG) as an independent non-executive director. “This has provided an exciting prospect to use my gambling industry knowledge in a very different setting.”

Shelly Suter-Hadad, meanwhile, has left her role as COO/MD at Mansion and in September will take on the role of CEO at Casumo.

Lydia Barbara has also moved on from her role as head of innovation strategy at Microgaming. She’s now non-executive chair at Digital Isle of Man, and has also founded a start-up company outside the gaming sector.

Karolina Pelc left her role as casino director at LeoVegas to move back to London, where she is now group CPO for Games Marketing and Felt, alongside running her own consultancy, BasicStrategy.co.uk, which she describes as “super fulfilling”.

Kostandina Zafirovska, CEO at BtoBet, will shortly be leaving the B2B provider and is looking for new opportunities.

Increasing opportunities
Boeskov says while she can’t be certain, she believes her inclusion on last year’s list of Most Influential Women may have been a factor in her making the list of the candidates for the RMG board position.

She adds: “I’ve also been invited to speak at various events, and most recently to chair a panel at WGES, which was a great experience. In general, being included on the list isn’t just about personal exposure, but also to show an image of an increasingly diverse industry, where all sorts of professionals should feel at home.”

Pelc says: “One of the direct opportunities that I believe materialised after the article was Facebook approaching me to interview me in their ‘Women in Gaming’ series of videos.”

Others say their inclusion on the list has led to them being able to further promote diversity within the industry. For her part, Zafirovska says it not only helped her meet more women in the industry, but also “to be able to actively participate in panels for the inclusion of women in management positions”.

Barbara adds: “Although I dislike the necessity of ‘women-only’ lists, I recognise that they are sometimes the only platform onto which our under-represented group is lifted. Things are improving and some companies are better than others, but across the board more change is needed to reach parity.

“The gaming industry is, historically and presently, almost entirely run by men. Considering our end users are as demographically diverse as the world itself is, companies are undoubtedly missing out on revenues and good ideas simply by not incorporating strong female voices in their decision-making processes.”

Who’s up this year?
Needless to say, last year’s winners are full of ideas about who should make the cut this year. Some are keen to see colleagues recognised, for example, Cornides puts forward Janine Woodford-Dale, marketing director at Jackpotjoy Group. “She is an incredibly talented individual and exceptional leader. She’s single-handedly transformed our marketing department and manages teams across three countries. She is extremely hardworking and a model employee.”

Jan Jones Blackhurst, executive vice president of public policy and corporate responsibility at Caesars, is eager to see those that work with gaming companies rather than directly for them are also acknowledged: “I believe some of our women regulators have played significant roles in shaping the industry, as well as legal advisors.”

Tracy Damestani, CEO at the National Casino Forum (NCF), puts forward a couple of peers in the land-based sector, namely Tracey Stevenson, general manager of compliance and integrity at Crown Aspinalls London, and Alison Sullivan, General Manager Park Tower – Grosvenor. Both women are on the NCF’s Diversity and Inclusion for Career Enhancement board, with Stevenson being the chair.

Pelc points out that two of gaming’s most influential women are excluded due to their participation as judges on the panel. “I really believe a special mention should be given to Kelly Kehn and Tina Thakor-Rankin from All-In Diversity. They miss out on the ability to be featured due to sitting on a judging panel but they are doing the most amazing work, interact with key industry figures and have one of the widest sphere of influence.”

To nominate someone, go to this year’s survey.