The inaugural edition of ICE North America opened with an overview of the impact of the novel coronavirus (Covid-19) from H2 Gambling Capital, while expert panels explored how igaming is being leveraged by a crisis-hit land-based sector and digital transformation in the US lottery space 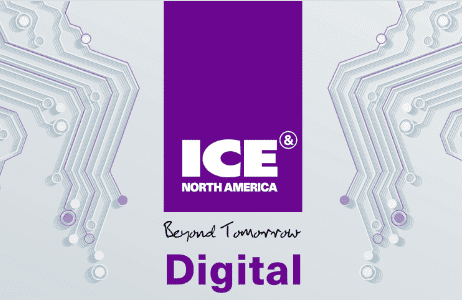 The inaugural edition of ICE North America opened with an overview of the impact of the novel coronavirus (Covid-19) from H2 Gambling Capital, while expert panels explored how igaming is being leveraged by a crisis-hit land-based sector and digital transformation in the US lottery space

Financial impact of Covid: consolidation, online migration and future-proofing
The inaugural edition of ICE North America Digital kicked off with H2 Gambling Capital’s assessment of the impact of novel coronavirus (Covid-19) on the gambling industry, in his presentation ‘Financial Impact of Covid-19 on the Global Gaming Industry’.

Simon Holliday from iGB and Clarion Gaming’s principal data partner said that around 100 days on from its first downgrade of global gaming yield as a result of the pandemic, it had now revised its forecasts downward by 20.6%, to $375.9bn. This, in turn, has led to igaming’s contribution to global revenue rising from an expected 13.2% to 16.6%.

However, this was not evidence of a mass migration to online products by players under lockdown, Holliday added. The absolute value of igaming’s contribution was also down by around 7%, and he warned that many people had taken the channel’s growth “out of context”.

Despite the steep decline threatening to take full-year revenue back to 2011 levels, H2 believes there is scope for things to be much worse. Holliday pointed out that its projections do not factor in the potential second or third wave, and assume that the re-opening of the US market – expected to begin from June – occur without a return to lockdown.

Looking ahead, he said H2 was assuming a return to normality by the fourth quarter of 2020. However, the post-Covid era would be significantly different to what came before the pandemic.

“When we reboot we will find we have a totally different operating system,” Holliday said.

For the land-based sector, he predicted an initial surge post-lockdown, as pent-up demand was released. However this would be a short term filip, especially as most patrons would be hesitant to go to public spaces.

There were a number of variables that may influence recovery, such as restrictions on air travel (something Holliday said could take “years” to return to pre-pandemic levels), meaning that the further customers had to travel to a destination, the bigger the impact on the property.

Furthermore, the question remains: what will the customer experience look like in the rebooted world? Will this put people off, Holliday asked?

This, of course is underpinned by economics. He noted that we are likely to experience the biggest recession of any of the audience’s lifetimes.

This could be positive for online, as under these conditions, consumer spend tends to occur in the home. However, in this situation there is generally less money to go around.

Holliday noted that the industry often sees positive regulatory momentum at times when governments are hunting for new tax revenue. This is particularly true of the US, he said, and is likely to see an acceleration of sports betting regulation, with igaming bolted on.

In Europe, however, the industry is on a defensive footing, with its public perception at a low, and the positive contributions of the sector ignored.

There was likely to therefore be gradual tightening of regulations, and should land-based suspensions be extended beyond absolutely necessary, players could be lost to the offshore market.

Finally, he said, the current situation was likely to prompt governments to regulate as they look to repair their balance sheets, meaning opportunities in Latin America, especially Brazil, and Japan were key goals for the sector.

Therefore, he made three predictions for the future; first, Holliday expects more industry consolidation, and for the migration of players online to accelerate.

Then, mindful of the disruption, operators would try to future-proof by developing and refining existing products such as esports.

iGaming as lifeline
The next panel of the day, ‘Why iGaming could offer a lifeline to land-based gaming now, and in the new normal world’, saw Marie Jones of Fox Rothschild (top left of picture below) lead a discussion on the role of online gaming in the post-Covid marketplace. Mohegan Sun vice president of interactive games Aviram Alroy kicked off the discussion by arguing the current shut-down would give regulatory efforts a boost, by showing states and operators the value of a diverse, multi-channel product portfolio.

This was echoed by FanDuel general manager and VP of casino Jesse Chemtob (top right), who said the pandemic would prompt customers to migrate online. Chemtob pointed out that states such as Michigan and West Virginia had made progress in developing a regulatory framework for igaming, and added he was hopeful that others would be inspired to follow suit.

However, he added, while FanDuel had seen a “decent amount” of customers try online casino when the sports cancellation hit, this had been followed by a slight decline. This had since been replaced by offline players migrating online.

Michigan Representative Brandt Iden (bottom right), meanwhile, said the state was looking to accelerate the roll-out of igaming to mitigate the revenue shortfall caused by the three Detroit casinos’ shut-down.

Rules for the vertical are currently subject to a 60-day consultation process, with a view to implementing the regulations sooner than the one-year process set out in the original legislation.

However, Iden added there were a number of variables that may affect the process. Even if rules are finalised by July or August, the length of time required for licensing could conceivably take the process into 2021.

Efforts were underway to implement a provisional licensing system, for operators certified in states such as New Jersey or Pennsylvania.

The lawmaker also pointed out that most operators, in partnership with commercial or tribal casinos, had been working on a year-long timescale to complete their platform builds.

This, he said, risked those undertaking that build being at a competitive advantage by keeping to the original timescale.

“Consumers may not be able to get all the options they were originally going to get,” he said.

Iden added that there remained a wariness of nine gambling in the state, with the ruling administration wary of cannibalisation.

“It’s a fight with ilottery at the end of the day,” he said. “The administration believes larger jackpots could pull dollars from the lottery. That’s something that will have to be addressed; jackpots create more excitement in the market, and ultimately a rising tide lifts all ships, so will bring players in for both platforms.”

However Iden’s fellow panellists agreed there was clear evidence that online gaming was highly complementary to land-based casinos. Chemtob said he had seen a lot of data suggesting igaming could prompt overall gambling growth in state markets.

“It’s to be decided whether consumer behaviour changes, but it’ll be interesting to see whether land-based operators will look on this as a way to diversify their business,” he said.

iLottery: sports wagering to drive innovation
The state-by-state roll-out of sports wagering is accelerating the digital transformation of US lotteries, according to director of Maryland Lottery and Gaming Gordon Mendenica on the final expert panel of the day, ‘Taking Lotteries Online and the Imperative of Omnichannel’.

On the US state’s sports betting proposal now being put to a referendum ballot in November after the governor gave his approval last Thursday, Mendenica (pictured below left) said: “I think sports betting is going to be the camel’s nose under the tent for us.

“We put together a plan that we thought made sense and suggested it to the legislature, how they should structure sports betting. We thought mobile would be a big point of controversy, but it wasn’t. Everyone accepted mobile.

“So when sports betting comes along in Maryland it will definitely have a mobile component. And I think once people get used to doing sports betting on mobile, adding lottery should be relatively easy.”

Comparing the situation to three years ago, when retailer opposition saw Maryland ilottery plans shelved, “we think the consumer demand and the fact that politicians are more comfortable with people playing games on their mobile devices will help us finally get over that barrier”, said Mendenica.

President of GLMS Sport, Ludovico Calvi (right), agreed that “sports wagering could be an incredible innovation vehicle for all lotteries”, arguing that in the context of retailers’ historical resistance to digital lottery, “we need to create conditions for which retailers can get involved or they will see it as a threat.”

However, Mendenica countered that the impact of mobile “leapfrogs” that of a huge base of lottery retailers taking an omnichannel approach to sports betting.

“We have 46,000 Maryland retailers, but if everyone in the state is able to do it on mobile, that leapfrogs that”, referencing the fact that 80% of sports betting in NJ was now happening on mobile.

The Covid-19 crisis is also providing a further push to digital innovation among US state lotteries, said Calvi, enforcing organisational changes and shifting them away from their traditional cash-based model towards digital payments.

“Lotteries will following this Covid-19 [crisis] see an acceleration of the digital transformation which will bring this device [the mobile] to be the terminal. Whether you are playing in a physical location or outside on your device, this is what is going to happen.”

Everyone on the panel highlighted the influence of the US state lotteries which have managed to grow the digital componet of their lottery businesses to double digit percentages, such as Michigan and Pennsylvania.

Kentucky Lottery’s director of interactive content, Lauren Walker (pictured middle), said: “Michigan is who everyone wants to be when they grow up, at least in the ilottery world. Huge shout out to Shannon [DeHaven] and their team.

“But they are in a little different spot from Kentucky. They have casinos competing with them so could go out with a different price/payout strategy from launch.”

In common with Michigan, Walker expected “online players to be younger, when we started” but that they had found since launch that “all players want to play online for different reasons” whether in the 18-25, 40 range or 65+ age groups.

“If we can just get them playing used to playing the lottery, get them used to the platform, get lottery being relevant to them, we will grow them as customers as we go on. You are looking at each segment of the population for a different reason. They all contribute differently to the bottom line.”

If you’d like to explore these topics and more with your peers and a host of leading expert speakers, join us for ICE North America Digital today until this Friday, May 15. Find out more and register free here