The keynote from the South African Department of Trade, Industry and Competition's (dtic) Nkoatse Mashamaite provided an exclusive update on the country's National Gambling Amendment Bill 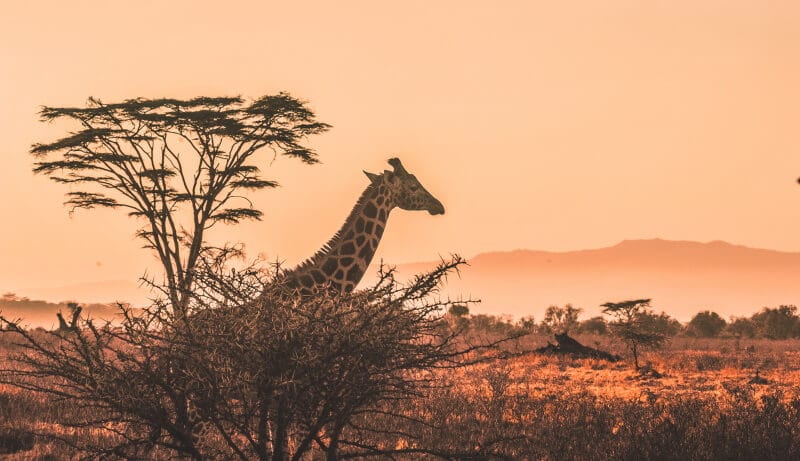 South African Department of Trade, Industry and Competition’s (dtic) director of gambling law and policy Nkoatse Mashamaite opened Day 1 with a look at the evolution of the continent’s largest regulated gambling market since 1994. At that time when the country became a democracy, only betting on horse racing was permitted.

A 1995 report on the findings of an investigation into whether South Africa should permit all modes of gambling “recommended that we should regulate gambling with a view to develop the economy”. The principles and standards set out in that report had remained fundamentally unchanged to this day, he emphasised, “that we must protect society from harmful effects of gambling, and that there be limited gambling opportunities in the country without overspreading them.”

“We need strict supervision and control of the industry and we also must ensure norms and standards are enforced to ensure political coordination throughout the country. That we are not contradicting each other.”

Today’s system developed under subsequent national Gambling Acts sets standards and norms to be observed across the country with each of the nine South African provinces retaining exclusive rights over licensing and compliance monitoring, Mashamaite told the audience.

Africa’s most valuable regulated gambling market now has 41 land-based casinos distributed proportionally across the provinces, 50,000 limited payout machines outside of casinos, bingo played in halls and electronically, and sports betting.

He again reiterated the illegality of online casino in the country. “You can only do online betting. [Online casino] is still illegal. That is the policy of the country. We have not legislated it despite the fact that in 2008 the National Gambling Amendment Bill allowed interactive gambling. That act has not being brought into operation at the moment. As a result that remains illegal in the country.”

Mashamaite also provided an update on the status of the National Gambling Amendment Bill currently being debated in Parliament.

“The main purpose of that was to try and restructure the National Gambling Board to so decisions can be expeditiously dealt with because the board structure had the effect of delaying decisions. The structure that is proposed will be led by a CEO who only accounts to the minister for trade and industry.”

Another issue the amendment will deal with is unlawful gambling winnings. “When someone wins unlawfully, that money is forfeited to the state, and that will need to be forfeited to the newly formed national gambling regulator which will replace the National Gambling Board.”

The Act will also look to streamline the decision making process at the National Gambling Policy Council. “If there is no majority attending that makes a quorum, we should be able to makes decisions without the necessary majority.

The electronic monitoring system for all gambling machines in the country will also be extended to include all other modes of gambling.

This bill is pending the approval of the National Council of Provinces.

Next up was Ed Birkin of iGB’s principal data partner, H2 Gambling Capital, who revealed that African gambling gross win grew at a compound rate of over 8% a year from 2013-19, “almost four times the rate of the global gambling market.”

He added: “8% may seem pretty low when you think about the growth of sports betting in Nigerian and Kenya, but this covers the whole of Africa. The Africa land-based casino market has grown at less than 2% over this period.”

Birkin also identified common drivers of growth and H2’s forecasts, “that we believe suppliers, operators and investors should be aware of when evaluating what markets to go into.”

These included the underlying socioeconomic and demographic trends, such as a fast growing population with a high percentage aged below 35 and a rapidly growing middle class with increasing levels of disposable income.

“However, having both of these though good for the industry, is not enough, even for the retail industry. To grow revenue substantially, there needs to be a sensible and stable regulatory environment.”

He cited the example of  Nigeria, which is regulated on a state-by-state basis, meaning an operator looking to launch retail betting across the country would need to get regulated in 36 individual states. “This isn’t conducive to a cost-effective, fast rollout.”

In terms of online, Birkin said the “key growth driver is the availability of payment mechanisms and proliferation of technology. Feature phones or smartphones as well as the cost of data. The combination of all these can dictate the products that are available in a market.”

With sports betting and online being the two main drivers of H2’s forecasts across the continent, Birkin revealed that H2 estimated “that almost 30% of the $1.5bn sports betting gross win in Africa will have taken place online, within this 45% of this taking place on mobile devices. Going out to 2025, we have betting gross win almost doubling to $2.9bn, with 37% of this online and nearly 60% of this coming from mobile devices.”

Birkin also predicted more underlying conflict between operators and governments, “particularly when it comes to social welfare. On that note, we feel that social responsibility and consumer protection will become more and more prevalent issues over the next few years.
Discussions at the event then turned to the emergence of igaming amid the shut-down of land-based gaming across the continent.

In many African territories the land-based shut-down effectively cut off gambling revenue streams, as regulations do not extend to digital channels. This, in turn, has prompted regulators in markets such as South Africa to issue strict reminders that igaming remains illegal, at a time when there is greater appetite to expand online from the country’s brick and mortar operators.

Regulators in other territories, however, are taking a more permissive approach. Ghana, for example, took the decision to temporarily permit sports betting licensees to add igaming to their offerings at the height of the pandemic.

This, Gifty Rita Amoah of the Gaming Commission of Ghana explained, helped mitigate the loss of retail revenue, and a much-reduced sporting calendar. However Amoah was keen to stress that this was only a short-term measure, with the Commission now ordering licensees to remove online casino products as lockdown eases.

Rather than simply go back to business as usual, this will allow the Commission to develop a permanent regulatory framework, one which gives brick and mortar operators the opportunity to move online as well.

Amoah noted that this has prompted licensees to begin planning for significant overhauls of their business, and seeking investment to support the plans.

“What we found is that casino operators now realise they have to put in place infrastructure to make their businesses more modern, and it was quite interesting to hear some of them say they should look at getting investors, to upgrade their technology, to improve their operations,” she explained.

In Amoah’s eyes, the land-based shut-down provided the perfect opportunity to temporarily permit online casino. Since so much of gambling activity was focused online and on that vertical, she said, the regulator could assess in real time how effective its rules were in practice.

Potlako Mawande of the Botswana Gambling Authority, on the other hand, was more circumspect, pointing out that there had only been a dedicated regulator in the country for the past five years, in a market that was around 40 years old.

While casinos may have once been suspicious of online as a threat to their core operations, he explained, there was much greater interest in the channel as a way of future-proofing businesses from another lockdown.

Rather than focus on an entirely new framework, he continued, in Botswana the focus would be on “beefing up” the existing regulations. This was a case of updating rules to make them applicable across all legal verticals, supported by new technology certification standards, and enhanced anti-money laundering controls.

He stressed the importance of a system in which customers were protected and felt confident to gamble, warning that a lack of consumer confidence could derail the market.

The day concluded with a discussion of the “new normal” for land-based businesses, which Asia Live Tech’s Erwin Dickman began by advocating strongly for online gambling.

“Covid-19 has put the industry on its knees for the first time,” Dickman said. “The casino industry has survived recession after recession, until Covid.

“There was a reluctance towards adopting new technologies, but what has happened is during the pandemic the land based industry has taken a massive hit. Thousands of jobs have been lost.”

He said that land-based businesses should therefore make online part of their recovery strategy, noting that operators tended to have strong brand recognition, which could be leveraged to grow market share.

However this, fellow panellist Graham Wood of South Africa’s Sun International pointed out, was heavily contingent on there being a viable regulatory framework in place – something missing in his business’ core market.

“Operators are starting to talk about live games, which would allow us to start moving some of their [land-based] casino games into the online space, but that is very much up in the air from a tech point of venue and regulatory point of view,” Wood said.

Discussion then turned to the resumption of activities after lockdown, something Wood said was only made possible by industry lobbying. He pointed out that the South African government originally planned to only allow casinos to reopen once the country returned to the lowest alert level.

It was only through operators’ efforts, pointing out that venues tended to be geographically well distributed, and by highlighting the safety measures, that the properties were allowed to reopen at level 3 of the alert system.

However even once casinos had been given the green light to welcome back customers, the players themselves were initially reticent to return. This necessitated efforts to educate customers of the measures venues had taken to protect their patrons, which ultimately did lead to “renewed enthusiasm” from visitors, Wood explained.

Despite this, he admitted that times were tough, predicting they may remain so for up to three years.

ICE Africa Digital continues today (28 October), with discussions focused on optimising product and marketing strategy. Register here for the opportunity to hear from some of the leading regulators, operators and suppliers on the continent, and to listen to yesterday’s sessions on-demand.