With uncertainty over the max FOBT stake dragging on, many expected the online giant to wait before pouncing on its retail-heavy target. Instead, it came up with a clever workaround 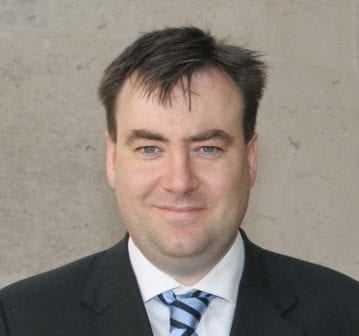 With uncertainty over the maximum FOBT stake dragging on, many expected the online giant to wait before pouncing on its retail-heavy target. Instead, it came up with a clever workaround, reports Joanne Christie

When news broke of GVC’s tie-up with Ladbrokes Coral at the end of last year, there were many raised eyebrows over the timing of the deal.

Although the possibility of a merger was well flagged, few had expected anything concrete before the outcome of the Triennial Review due to Ladbrokes’ heavy exposure to retail.

But the gaming giants obviously didn’t want to wait so instead came up with a clever way around the uncertainty over the future level of maximum stakes for fixed odds betting terminals by incorporating contingent value rights (CVR) into the deal’s structure.

Under the terms of the deal, GVC values the company at between £3.2bn and £4bn, depending on where within the £2-£50 range given by the government last year the final determination on maximum stakes falls.

“It is not something you see every day, in terms of a merger proposition contingent on some external ruling,” says Jasper Lawler, head of research at London Capital Group.  “It’s quite unusual but it makes sense, they kind of got ahead of the ruling, which may be savvy.”

However, he says a £2 maximum might lead to a rethink. “Theoretically they should keep it but it certainly wouldn’t be as immediately beneficial a deal if it went down to £2.

“I guess what they are doing is they are taking a little gamble that it is not going to drop down to £2. It’s possible and it would still do the deal if it did, but the more likely values touted are £10 or maybe even £50.”

But Simon Davies at Canaccord Genuity has a slightly different view on the worst case scenario. “It seems to me that GVC might be happy with a £2 solution, given the implied premium it pays for the ‘better’ outcomes. GVC looks to be most disadvantaged by a £5 or £10 price, which doesn’t seem to fully factor in the additional pain.

There is also a risk that there are additional changes, such as spin speeds or machine densities, which are difficult to quantify. And a material delay in implementing the outcome, for example because of elections, might result in GVC overpaying.”

Retail rookies
Wherever the maximum stake ends up, GVC has a challenge on its hands due to its lack of experience in the retail arena. Indeed GVC CEO Kenny Alexander (pictured above) who will also head up the merged entity, has previously expressed the view that he wasn’t particularly keen on UK retail.

A note from Richard Stuber at Numis Securities suggests Alexander may not be planning on keeping it for long. “We are not convinced that GVC will want to retain this division in the medium term, after it has managed to attract its retail customer online.

“We think private equity could be interested in this ‘cash cow’ but may be less willing than GVC to structure a deal until the outcome of the Triennial Review is clear.”

Whether or not a sale is on the cards, a further reduction in the number of stores is almost a foregone conclusion. The latest Gambling Commission figures reported that Ladbrokes lost 413 stores between March 2016 and September 2017, representing almost 20% of its retail estate.

In fairness, it was forced to sell some of these by the Competition and Markets Authority as part of its merger with Gala Coral, but the downward trend in retail bookmaking was clear even before the reduction to FOBT stakes was announced and that is only likely to speed up store closures.

It’s more likely the potential GVC sees in Ladbrokes is the opportunity to funnel its retail customer base into GVC sites. Retail may be declining but Ladbrokes is still the second largest retail bookie in the UK and has a brand that people know and trust.

Unfortunately, by itself it hasn’t managed to leverage that brand particularly well when it comes to online — a third quarter trading update in November revealed that the Ladbrokes.com brand was down 9% on the previous year and was acting as a drag on the group’s digital performance, which was strong in many other areas.

With GVC on board, it may be set for a turnaround, however. “GVC has done an excellent job of reviving second tier brands within bwin.party,” says Davies.  “And Ladbrokes Coral itself is in the relatively early stages of a significant merger.

“There will be challenges reviving the Ladbrokes brand, but GVC’s track record suggests reasonable grounds for confidence.”

Lawler points out even if GVC doesn’t manage to quickly turn around Ladbrokes.com, it is banking on scooping up all of the company’s retail clients one way or another. “As I see it I don’t think they necessarily want to transform Ladbrokes per se into an online business.

“They just want to capture those customers and when they are ready to go online there is that GVC and, depending on the timeframe, Ladbrokes, business for them to easily switch to.”

Party over for Playtech?
It seems to be the consensus view that the deal is a win-win for Ladbrokes Coral and GVC, but the £100m synergies the two companies say they can achieve with the deal may come at Playtech’s expense given Ladbrokes’ online business relies heavily on its content.

According to a JP Morgan Cazenove note, the fact that technology savings account for the largest proportion of the total at an estimated £44m, “should not be a surprise given the focus on GVC proprietary platform at the 7 December presentation”, referring to the date it was announced advanced talks between the companies were taking place.

The Numis note also assumes the online business of Ladbrokes Coral will eventually be moved to GVC’s proprietary platform. “I think that would be a negative for Playtech,” says Lawler. “They are quite a well diversified company but obviously that would be a lost customer and also bad PR for them. But I think that would make complete sense for GVC.”

In any case, the games supplier should have plenty of time to prepare, points out Davies. “There is meaningful migration risk in shifting casino/poker clients to new platforms, which argues for a gradual process. And Playtech has a long-term contract with Ladbrokes, stretching out to 2021.

“We see potential for GVC to offer additional business to Playtech, such as casino content or live casino, which could be used to compensate Playtech for any earlier migration.”

While many in the UK gambling industry are in limbo as the government considers where to set the FOBT limit, GVC appears to have decided against waiting in favour of forging ahead with its acquisition strategy.

Given the already lengthy delays so far to the Triennial Review, that may well be the safest bet.