For all the heated talk around Gibraltar and its future as part of Brexit Britain, the Rock's fate as an igaming jurisdiction is not under threat. 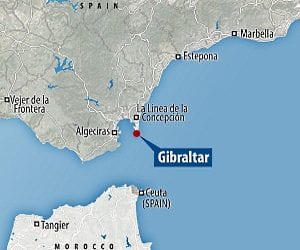 For all the heated talk around Gibraltar, the Rock's fate as an igaming jurisdiction is not under threat. However, those most affected by any negative outcome would be the 12,000 executives who cross the border every day to go to work.

The heightened tensions between the UK and Spain over the fate of Gibraltar have highlighted the degree to which large parts of the UK-facing online gambling sector are an unlikely hostage to fortune in the upcoming Brexit negotiations.

The immediate victims of the war of words that followed the signing of the Article 50 letter by Theresa May were the estimated 12,000 daily commuters between Spain and the Rock who faced extended queues at the border in the immediate aftermath of the spat.

This tightening of controls was a partial realisation of one of the major fears for the 96% of Gibraltarians who voted in favour of the UK remaining in the EU in last June’s referendum.

The prospect of a complete closing of the border would do irreparable harm to the British dependency’s economy and would potentially trigger an exodus of gambling operators and suppliers that are currently domiciled there.

However, the gambling commissioner for the Gibraltar government Phill Brear said that fears of an all-out dispute with Spain were overblown and suggested the enclave’s licensees would be sanguine in the face of any disruption.

“Our licensees are sophisticated businesses and they will have been and will continue to undertake scenario planning as the Brexit arrangements emerge,” he said.

“Those who identify gaps will take cost-effective measures to remedy them, but there will be no dramatic and expensive movements unless and until there is dramatic substance in the shape of Brexit outcomes. We are a long way from that happening.”

His words are echoed by Robert Hoskin, group head of legal at GVC. Pointing to the original ceding of Gibraltar to the British as part of the settlement for the War of the Spanish Succession on the early 18th century, he said that the UK has been “navigating a testing relationship” with Spain for over 300 years.

“People are well versed in dealing with the challenges and uncertainties that the evolving relationship throws up,” he said. One recent awkward uncertainty relates specifically to the relationship between the UK and Gibraltar regarding online gambling legislation.

Back in 2014 when the UK introduced the point of consumption (PoC) regulatory and tax regime for its online market, the Gibraltar Betting and Gaming Association (GBGA) issued legal proceedings, an action that is currently awaiting the verdict from the European Court of Justice (ECJ) having been referred by the UK’s high court last year.

The ECJ’s advocate general has already issued preliminary findings that the UK and Gibraltar should be treated as the same entity with regard to EU law.

Despite the fact that the decision likely torpedoes the legal challenge, Peter Howitt, chief executive of the GBGA and founder of Gibraltar-based law firm Ramparts, said the organisation is likely to continue with the case at least until the ECJ decision.

Hey ho, silver lining
But for Gibraltar generally there is a silver lining; the British overseas territory is now unlikely to be treated any differently than the UK in the exit negotiations.

As Peter Montegriffo, partner at Hassans, another legal firm on the Rock, put it, with the Brexit secretary of state David Davis making it plain that Gibraltar will benefit as much as the rest of the UK from whatever deal is negotiated, the fact is that the destinies of Gibraltar and the UK have likely never been so closely aligned or intertwined.

It leaves Montegriffo restating his belief that in terms of offshore jurisdictions, Gibraltar’s status as a “bastion of stability is not fundamentally affected”.

“It is Gibraltar’s overall features that will continue to make it a compelling proposition,” he said.

Howitt agrees: “Gibraltar looks like a port in a storm right now when you consider how volatile and uncertain the wider political and economic picture for Europe and the world looks,” he said.

Another relatively new licensee is Lottoland and chief executive Nigel Birrell said that his business had yet to suffer any ill effects from the Brexit vote.

Birrell points out that the Spanish region adjacent to Gibraltar benefits greatly from its trade with Gibraltar and the flow of workers which commute to the Rock every day.

“The Spanish government is well aware of the economic benefit of Gibraltar,” he said.

As for the threat of checks at the border, he said it was “nothing more than the usual rush-hour traffic.”

Even if the situation deteriorates it is something that those familiar with working on the Rock have experienced many times before.

“In the summer of 2013 a dispute between Spain and Gibraltar over a man-made reef and fishing rights led to long border queues, which were widely reported in the press,” says Hoskin at GVC.

“After the initial stubbornness, diplomacy and common sense prevailed and the border queues reduced.”

A Maltese cross to bear
One operator who didn’t wish to be quoted, said: “People have been saying the industry is over in Gibraltar since 2000.”

Nevertheless there are some who voice fears that this time it might be different. Partly this comes down to the issue of the free movement of people.

Coupled with potential frontier changes, the new rules in this regard would mitigate against some of the benefits of Gibraltar, says David Clifton, partner at legal consultancy Clifton Davies.

Anything that adversely affects these aspects – or Gibraltar’s tax advantage – “will make Gibraltar a considerably less attractive location not only for gambling operators but also for the many financial and insurance services and other businesses that collectively underpin the foundations of Gibraltar's economy”.

Others are waiting in the wings should any operators believe that Gibraltar is no longer the jurisdiction of choice. Notably Malta – still in the EU and similarly a long-standing offshore jurisdiction for online gambling – believes it might have an appeal for any potential switchers.

“Instability is not good for business,” says Joseph Cuschieri, executive chairman of the Malta Gaming Authority.

“If as a result of such instability and uncertainty, operators look for an alternative jurisdiction, Malta is the ideal place for relocation.”

But Brear is, understandably, dismissive. “I can’t speak for other jurisdictions, but Malta is one of the EU27 that may find itself as part of that bloc that is excluded from undertaking business in the UK unless the UK’s post-Brexit terms are met,” he says.

In such circumstances, if the EU insists that EU customer transactions take place only via EU/EFTA-based servers, then the UK may retaliate in kind with UK transactions having to take place in the UK, and crucially including Gibraltar.

“This could lead to servers shifting up and down the Mediterranean, what everyone wants to avoid, and why compromises are much more likely than conflict when the parties come to settle these matters.”

Tit-for-tat retaliatory measures are not totally out of the question, but would represent an outcome all parties want to avoid. Those most affected by any breakdown in the negotiations would be the 12,000 or so executives who cross the Spain-Gibraltar border daily to go to work.

For GVC's Hoskin pragmatism is likely to emerge over time: “As people settle down to the business in hand logic, economic interest and protection of human rights prevail over raw emotion to steer negotiations; then one would expect the parties to come to a sensible and fair position on Gibraltar.”