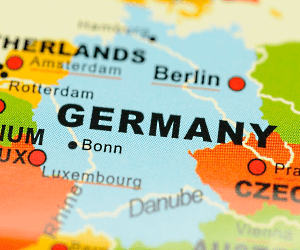 A ground-breaking study by three German academics has presented the country’s tumultuous gambling regulation in a revelatory light, with many hoping that it prompts regulators to look again at the troubled Interstate Treaty on Gambling.

The study was published in early June and using a multi-disciplinary approach that draws on economics, political science and law, Professor Heino Stöver, a social scientist at the Frankfurt University of Applied Sciences; Professor Justus Haucap, director of the Dusseldorf Institute for Competition Economics and Martin Nolte, director Institute for Sports Law at the German Sports University Cologne, all come to the same conclusion: without effective national regulation, German players will continue to fall into the lap of the black and grey market.

White, grey and black: Germany’s divided market
Germany’s gambling market may be exhibiting high levels of growth in certain sectors, but the beneficiaries of this growth exist almost entirely in the black and grey market, according to the professors’ “Fact-based Evaluation of the Interstate Treaty on Gambling“.

Of this figure, around €10.6bn was accounted for by the regulated segment of the market, which has been characterised by a sluggish growth rate of just 1.7% per annum between 2005 and 2014.

Meanwhile, using data from existing studies and company financials, the authors of the study estimate that the grey market accounts for around €1.7bn of the total figure, while the black market volume would make up the remaining €1.5bn of the €13.8bn amount. However, unlike the white market, both have been growing rapidly.

These figures mean that almost a quarter (23%) of the country’s gambling market is escaping the reach of government regulators in Germany, of which more than a tenth comes from completely unregulated (black market) operators, who operate outside the reach of the tax authorities.

This adds weight to previous criticisms that the Interstate Treaty has been ineffective in ensuring robust and reliable player protection or channeling players to regulated sites.

As the authors of the study point out, there are also significant differences in player distribution depending on the market sector: lottery players in Germany seem almost exclusively to use regulated products, while online sports  punters – who are offered an extremely limited regulated market – are strikingly different.

Failure to drive consumers toward white market offering
Unsurprisingly, the prevalence of players using black and grey market offerings spiked dramatically in the sectors that have seen the fiercest battles over regulation – and particularly those that have been subject to blanket bans.

According to Germany‘s Federal Statistical Office, tax revenues from sports betting for 2015 amounted to around €240.4m, taxed at 5% this indicates a total white market volume of €4.8bn for betting.

Of this total, approximately €316.1m could be attributed to bets placed with Toto and Oddset and to online sports betting companies licensed in the state of Schleswig-Holstein – the sum total of the “white“ part of the market.

However, grey market operators – generally EU-based operators licensed in Malta or Gibraltar rather than Germany mopped up much of the rest of the market.

To make matters worse, two researched cited in the study, Norman Albers  and Luca Rebeggiani, estimate that a huge amount; €3.6bn – is bet via black market operators, bringing the total size of the German sports betting sector up to around €8.4bn.

In a damning result for state gambling authorities, it appears that the legal share of the betting market is therefore only 3.8%.

Germany’s sports betting story is one of regulatory confusion, compounded by a collapsed licensing regime that sought to dole out just 20 licences to a select group of operators in 2012.

Due to ongoing legal battles over those licences, none of them have ever been issued, but thanks to a landmark ruling by the European Court of Justice (ECJ), operators who had applied for one have been permitted to remain operating in Germany until the gambling regime is fit for purpose.

Casino and poker – simple narrative
The story for online casino and poker operators is a simpler one: it remains completely forbidden under the Interstate Treaty on Gambling.

Accordingly, this sector has a zero percent success rate in channeling players away from the black and grey market towards a domestically regulated market.

While Germany’s regulated offering has seen low growth on average, it is in the non-regulated segment that usage and customer demand has soared over the past few years.

According to the latest annual report from the state's gambling authorities, the unregulated market grew by 30% percent in 2015 alone compared with the previous year – comprising 12% in online betting growth and 58%  online casino growth.

This would seem to support what industry bodies like the German Sportsbetting Association (DSWV) have been saying for some time: that building a safe and secure regime in Germany will rely heavily on the authorities’ ability to ensure that the product remains attractive to consumers.

Negative effects on social responsibility
Germany’s failure to channel players to regulated gambling offerings has had a knock-on effect on everything from sports betting integrity to player protection, the authors of the study suggest.

With patchy regulatory oversight, they claim, there has been a lack of co-ordination on these vital issues between care providers, governments, sports authorities and gambling industry stakeholders.

“The trajectory of addiction levels over time gives cause for concern,“ they write in the study. “It is to be feared that regulatory interventions between 2007 and today were at best ineffective – in the worst case even counterproductive, thus increasing gambling-related risks for German citizens.

“An explanation for this would be that the ongoing legal uncertainty has also made the situation more complicated for end-users. There is often a lack of clearly visible evidence to distinguish at least between offers from EU-licensed suppliers and those without any regulatory oversight.”

Breaking with traditional assumptions, the study also suggests that there is no direct correlation between the availability of an addictive product and the prevalence of addiction.

In fact, several recent studies of the issue have found “inadequate evidence” of a link between availability and the extent of a nation’s gambling-related problem.

All of this suggests that the blanket ban on online casino products and the cap of 20 sports betting licences may not be at all effective in limiting gambling-related harm in Germany.

Looking at more liberal and progressive regulatory regimes in Europe, there seems to be no obvious increase in the rates of pathological gambling compared to more restrictive regimes.

“The idea that there is a linear link between the availability of an addiction object and the extent of the search frequency is completely antiquated,” commented Professor Heino Stöver.

“As current addiction studies prove, bans can even be counterproductive.”

Pushing for a regulatory overhaul
With such a wealth of evidence pointing to the unsuitability of current German regulation, industry stakeholders such as the German Sportsbetting Association (DSWV) are positive that the study could be the beginning of a positive change.

”Despite the partly fragmented interests of the players and observers of the German gambling market, there is broad agreement on one point: German gambling regulation requires a targeted further development or even a fundamental reorganization,” the study states.

For an idea of what this would look like, its authors have turned to other successful European regimes.

In contrast, the regimes of the more successful countries exhibited the following features:

As well as these crucial changes, the study also suggests that the current €1,000 monthly deposit limit needs to be replaced with self-imposed deposit limits that could be altered or scrapped by the players, and that a new Sports Advisory Board could be established to ensure best practice in sports integrity.

“Only when gambling is legal can the government achieve its other goals: to protect consumers, to combat addiction and to prevent manipulation in sport,” commented Professor Haucap.

“This is exactly where the current regulation fails, on multiple counts.”