The EU has forced Germany to rethink its outdated igaming regulation, but Martin Arendts doubts the “minimally invasive” changes they’ve opted for will work. 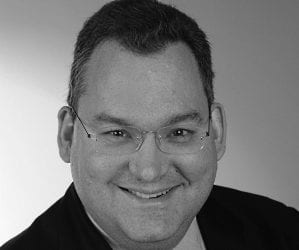 The 2016 Ince decision of the Court of Justice of the European Union forced German states to rethink their long-standing incompatibility with EU law. But gaming law expert Martin Arendts doubts the “minimally invasive” changes to the current rules they’ve opted for will work.

“Even if the granting of licences goes smoothly under the new regime, a licence-holder could use this for only about three years, which economically does not make much sense”.

The situation in Germany with regard to online sports betting and gambling has been described as a never-ending story. Over the years, several courts have held the legal situation to be untenable, but so far this has not resulted in material changes.

The road to nowhere
It was more than 10 years ago that the German Federal Constitutional Court held that the regulation of sports betting was not in conformity with constitutional law and asked for new rules (which finally led to the Interstate Treaty on Gambling, effective 1 January, 2008).

The main aim of the Interstate Treaty, however, was to keep the status quo and to defend the state monopoly on sports betting and gambling. The German states only tried to “repair” the most obvious flaws.

In 2010, the European Court of Justice, in several decisions on referral cases from Germany, raised serious doubts about the compatibility of these new rules and of the monopoly with EU law. Therefore, Germany decided to finally open up its sports betting market, at least formally.

The amended Interstate Treaty on Gambling of 2012 (which is still current law) contains an “experimentation clause” in section 10a, which allows for up to 20 sports betting licences. The licensing procedure, however, developed into a complete fiasco.

The procedure was held to be discriminatory and lacking in transparency. The Administrative Court of Wiesbaden heavily criticised the conceptual design and the organisation of the licensing procedure.

In its decision of 16 October, 2015, the Hessian Administrative Court of Appeal held the licensing system to be unconstitutional. Therefore, the infringement of the freedom to choose one’s profession, guaranteed by the German Constitution, was not justified.

The court of appeal expressly held that the transfer of decision power to the Gambling Board was against the German Constitution. As a result, not a single licence has been issued under the current licensing regime (and no licence will be issued in the near future), so the experimentation clause has no practical consequences.

In his opinion of 22 October 2015 on the Ince case (C-336/14), Advocate General Szpunar found the situation in Germany incompatible with EU law.

He argued that Article 56 TFEU (freedom to provide services) precludes national criminal prosecution authorities from penalising the intermediation of bets without a national authorisation on behalf of a betting organiser licensed in another Member State.

He highlighted the incoherence of national case law and the legal uncertainty for gambling operators. On 4 February, 2016, the Court of Justice of the European Union (CJEU) pronounced its Ince decision, following his line of argument.

Even before this, however, it was clear that the situation in Germany was not tenable under EU law and material changes were required.

In October 2015, the state government of Hesse published its Guidelines for a Modern Gambling Regulation, requesting inter alia a qualitative licensing regime (as opposed to quantitative licensing, allowing only 20 licensed operators), the regulation and licensing of poker and casino games, and an effective gambling authority.

From quantity to quality
However, the other 15 German states refused to accept these guidelines. In the first conference of the German state prime ministers held after the Ince decision, a spokesman announced that only “minimally invasive” changes would be pursued.

The draft of an Amended Interstate Treaty on Gambling, as formally proposed by Hesse in March 2016, was rejected.

As a reaction, Hesse tried to introduce a toleration regime (Duldungsverfahren), asking operators to submit information (without the prospect of granting a licence). As this procedure lacked a legal basis, it was stopped in its tracks by an interim court decision.

In October 2016, after many months of discussions, the Conference of the Prime Ministers finally decided to follow the Hessian proposal of “qualitative licensing”, abolishing the (questionable) maximum amount of 20 licences. Apart from that, the German states want to change only minor details with respect to material law.

Replacing Hesse with another state to handle the task of issuing licences will most likely lead to even more problems. The new experimentation clause would run until 30 June, 2021 (only three-and-a-half years after the new Treaty would become effective on 1 January, 2018), with an option for three more years.

So, even if the granting of licences goes smoothly under the new regime, a licence-holder could use the licence for only about three years, which does not make much sense economically.

The notified draft proposes to issue the 35 applicants in the current licensing procedure which fulfilled the basic requirements with an interim permit (vorläufige Erlaubnis), if the operator requesting the licence provides a bank guarantee of €2.5 million.

On the face of it this sounds like a feasible proposal, but it will not help in practice. The interim permit is not a proper licence (although terms and conditions have to be observed) and is revocable at any time. #

It is valid for a maximum duration of one year, so it is not clear what happens if the licensing procedure is stopped again by the courts.

The introduction of an interim permit also does not provide a level playing field for the operators that applied for a licence under the current procedure, now held to be null and void, or for the other operators that decided not to apply under such a non-transparent procedure or entered the market afterwards (the current licensing procedure has already been running for more than four-and-a-half years).

The notified draft also does not provide for any material changes to the current Gambling Board (Glücksspielkollegium), held to be unconstitutional by several courts. Hesse requested that the board should be replaced by a joint institution of the German states (Anstalt des öffentlichen Rechts).

According to the draft, Hesse could invoke an extraordinary notice of cancellation, leaving the Interstate Treaty as of 31 December, 2019, if negotiations over internet gambling and the proposed new institution cannot be completed by 30 June, 2019.

This provision, especially, shows that the notified draft is no more than a formulaic compromise and will not work in practice. It will be interesting to see how the European Commission will comment on this “half-baked” draft.