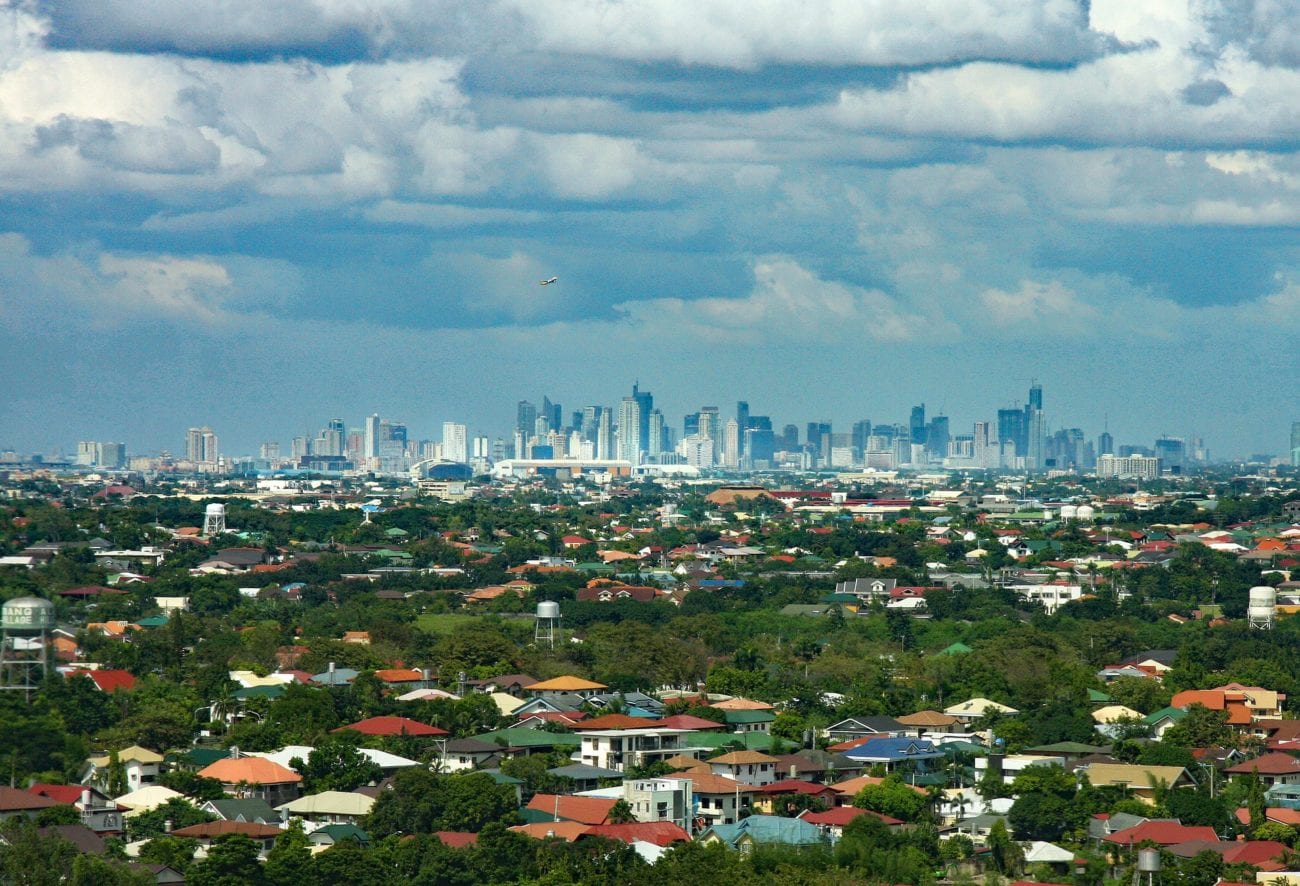 Amid milestones achieved in the June opening of Resorts World Las Vegas, most notably the first completely new resort on the Strip in a decade, one first has gone unnoticed.

Nevada’s decision opens the door for other Philippine operators to bring their Asian expertise to Las Vegas. Coincidentally, in the wake of Genting’s Nevada licensing, Okada Manila, controlled by Japan’s Universal Entertainment, reached a deal to list on the Nasdaq, aiming to become the first exclusively Philippine gaming entity to trade there.

Genting’s Nevada licensing also means giants of the Vegas Strip can explore tapping Asia’s third largest gaming market, with casino revenue of US$4.3bn in 2019. Given measures to limit Chinese overseas gambling, the high capital barriers and limited enthusiasm for casinos in Japan, and uncertainties over Macau’s casino concession expiration, the Philippines with its robust domestic market, Entertainment City cluster of billion dollar integrated resorts on Manila Bay and traditional exposure to non-Chinese tourists could be the best bet in Asia. An American casino brand could make it even better.

“The entry of a US operator, particularly in Entertainment City, would validate the view that the Philippines has developed into a serious regional casino hub from an unknown quantity 10 years ago,” former senior official at Philippine government gaming operator and regulator Pagcor Francis Hernando says. “A US based investor being given the green light by US gaming regulators would enhance the image of the Philippine casino sector domestically and internationally.” (See box-out below.)

However, Pagcor chairman and CEO Andrea D. Domingo tells ICE365: “There are enough local investors right now to fill whatever investment opportunity there is in the Philippine gaming industry.”

As to whether US casino operators would enhance the Philippines’ destination appeal, Domingo replies: “Maybe, although most of our foreign players are Asians.”

US involvement in Philippine gaming has a chequered history. Wynn Resorts cited Kazuo Okada’s Manila project as a threat to its gaming licenses during the 2011-2013 dispute that saw Okada removed as Wynn’s vice chairman and director, his 20% Wynn ownership held through Universal seized at a US$900m discount.

After Steve Wynn’s ouster from Mirage Resorts by MGM in 2000, Okada, founder of pachinko machine manufacturer Universal, provided some US$500m to finance development of Wynn Las Vegas and Wynn Macau. “I love Kazuo Okada as much as any man that I’ve ever met in my life,” Steve Wynn declared in 2008. But love doesn’t always last.

Okada’s Manila venture coincided with Steve Wynn’s second divorce from Elaine Wynn that left Okada as Wynn Resort’s largest shareholder, making the company and its founder vulnerable to a takeover; many saw that as a real motive behind Wynn banishing Okada.

Wynn’s investigation of Okada by former US FBI director Louis Freeh flagged US$110,000 in hospitality granted to Philippine officials and their families. All instances occurred at Wynn properties, none were questioned in real time and some third parties characterized the accommodations as routine industry reciprocity.

On the other hand, Reuters reported Universal paid US$30m to an associate of Efraim Genuino, the head of Pagcor when Okada Manila was licensed in 2008. Okada and Universal executives traded accusations over who authorized the payments and why.

Okada Manila opened in December 2016 with the owner’s name at the top of the building and, from March 2017, a dancing fountain bigger than the one Steve Wynn built at Mirage on the Vegas Strip. That June, Okada was expelled from Universal by his children and his reported protege Jun Fujimoto, now Universal’s president. Nine months later, Steve Wynn resigned under pressure from Wynn Resorts amid sexual misconduct allegations. Until now, both mogul’s names remain on their former properties, with Okada’s now poised to join Wynn’s on Wall Street.

While Steve Wynn eschewed the Philippines opportunity, former Las Vegas Sands president and COO William Weidner embraced it. His Global Gaming Asset Management group, backed by US investment bank Cantor Fitzgerald, worked with Philippine billionaire Enrique Razon’s Bloomberry Resorts to develop Solaire. The Paul Steelman designed resort opened in March 2013 as the first gaming property in Entertainment City with GGAM as operator and 8.7% shareholder. But that September, Razon dismissed GGAM, and the parties have been locked in litigation ever since.

“One would have thought GGAM’s experiences with Solaire would be enough to deter the most hardened [US] entrepreneur,” Fortuna Investments director Tim Shepherd says.

Undaunted, in September 2014, Caesars Entertainment chairman and CEO Gary Loveman made a personal plea to then-President Aquino, during a visit to Washington, to license Caesars’ proposed integrated resort at Ninoy Aquino International Airport, near Resorts World Manila. The airport IR never got off the ground, reportedly in part due to Pagcor’s opposition, seeking to protect existing operators, including its own Casino Filipino properties.

These days, Philippine casino operators embrace US investment, to a point. “Bloomberry already has US investors as part of its shareholder base, and we would welcome more,” Manila-traded Bloomberry Resorts executive vice president, CFO and treasurer Estella Tuason-Occeña says. Executives of Philippine listed City of Dreams Manila owner Belle Corp, and Hong Kong listed Suncity Group, developing the casino in Entertainment City’s Westside City complex with Allied Global, made the same point by email.

Tuason-Occeña adds: “However, if you are referring to the entry of US operators as a strategic investor, regardless of whether it is a majority or minority stake, then the answer would be no.”

“Several US companies have looked at the Philippines. None has proceeded,” Spectrum Gaming Group senior vice president for investigations Paul Bromberg says. “One issue is that corporate compliance committees are wary of issues there relating to corruption; another is Pagcor’s dual role as a regulator and an operator.”

“According to the Corruption Perception Index published by Transparency International, the Philippines has made little progress in reducing corruption since 2012, and that will be something that will weigh on investors’ minds,” Newpage Consulting principal David Green says. On the TI list, the Philippines has the same score as in 2012 and ranks 115 out of 180 jurisdictions, behind Panama, just ahead of Zambia.

“Pagcor may not welcome the level of scrutiny that US casino operators would bring,” an Asia gaming executive requesting anonymity says. The Wynn-Okada fight and Okada’s battle with Universal shed unwelcome light on Philippine gaming, and US gaming examiners can be more intrusive than private investigators.

Listing shares in the US, as Okada Manila plans, requires compliance with the US Foreign Corrupt Practices Act prohibiting bribery overseas. In 2016, Las Vegas Sands was fined US$9m for consulting payments to a Macau government official. Okada Manila and Jason Ader, the activist investor behind its special purpose acquisition company (SPAC) listing vehicle, did not respond to inquiries for this article.

A Wall Street analyst requesting anonymity suggests Ader is more interested in the payoff from listing Okada Manila than making a long term bet on Philippine gaming. Asian observers believe US operators have missed that boat.

“Seems to me the Americans like first mover advantage and that is now a distant memory,” Shepherd, who ran Philippine gaming businesses as co-founder of Australia listed Silver Heritage Group, says.

“My guess is [US entrants] may find the field a bit crowded at this point in time,” Hernando, who worked with Philippine gaming operator Leisure Resorts World after Pagcor, says. “In hindsight, I believe that Caesars had a good window of opportunity in 2014.”

Further US gaming company enthusiasm “may depend on what happens in Macau with the revision of its Law 16 [on gaming], and the forthcoming new tender for gaming concessions,” Green says. “If Macau can’t retain its allure, then there could be interest in the Philippines by the US companies now committed to Macau.”

As for Philippine operators entering trying their luck in Las Vegas, “Perhaps, but premature at this time,” Belle executive director, president and CEO Manuel A Gana says.

“Genting Berhad and Resorts World Las Vegas have no direct or indirect ownership or management interest in any gaming or resort operations in the Philippines,” RW Las Vegas general counsel and senior vice president of government affairs Gerald Gardner says.

In 2016, Genting group companies completed divesting their GENHK holdings. GENM sold its 16.87% stake for US$415 million to an entity controlled by Lim. So while GENHK has no corporate link to Genting Berhad and its affiliates, Lim Kok Thay is at the center of all these companies.

“Nevada carefully examined Genting and its operations but Genting Hong Kong is a separate publicly traded corporation that did not apply for licensing nor was it required to do so,” NGCB writes in response to questions from ICE365.

Nevada’s GCB adds: “However, the personal application and individual background of Mr. Lim Kok Thay was reviewed and analyzed by agents working on his personal licensing.”

To evaluate Lim’s personal suitability amid the Genting labyrinth, former presiding member of the Independent Gambling Authority of South Australia David Green says, “I would take a look at any corporate affiliation of an individual subject to a probity investigation, whether in scope itself or not. It is like looking at an individual’s criminal record: you want to know what offenses may have been committed, but they will not always be relevant to the question of suitability to hold a gaming license.

“A history of non-compliance by an unaffiliated entity with laws other than gaming, such as revenue, occupational health and safety and environmental laws might be relevant to suitability, and would certainly warrant further inquiry to ascertain the reasons and what may have been done to address the situation. I note, though, that suitability in this context is qualified by the purpose of the inquiry, ie, to hold a gaming license.”

“Nevada investigators are primarily interested in personal and business associations of applicants or licensees,” Las Vegas attorney R Scott Rasmussen says. “In other words, it matters who the licensee is doing business with, not where they are doing business.”

So far, Nevada, Singapore and the Philippines all say yes to Genting, if not to each other.