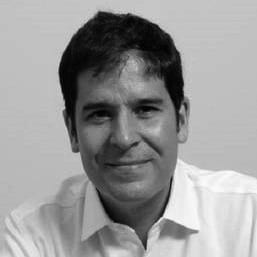 Dan Waugh of Regulus Partners says remote businesses need to engage with the current crop of reviews, which may be unwelcome but is also probably overdue.

How many investigations does it take to sort out the gambling industry? By current reckoning, the answer is four and rising.

At present, the Department for Culture, Media & Sport is reviewing the effectiveness of regulations for machine gaming, advertising (of gambling) and social responsibility measures; the Competition and Markets Authority (at the behest of the Gambling Commission) is looking into “whether online gambling companies are treating their customers fairly”; a cross-party group of MPs is preparing its final report on the perils of FOBTs, and The Times newspaper is conducting its own self-styled “investigation” into gambling of all persuasions (although this is not noticeably different from the ministrations of those morally upright folk at The Guardian).

The fact that remote gambling is so close to the heart of these reviews may be a source of disquiet to some in the sector, unused to this level of scrutiny. Industry blogs rail against mounting political and regulatory incursions and their concomitant curbs on commercial freedom of action and business costs.

Stop fighting it — scrutiny was inevitable…
Yet if such angst is an understandable response to regulatory-political interference, it is likely to serve little productive purpose. These are natural growing pains for a sector that now generates around one-third of net gambling expenditures in Great Britain – almost half if the National Lottery is stripped out.

Now well into its twenties, remote gambling is having to grow up fast – to accept responsibility for its actions and to pay its way in the world. Executives may yearn for the halcyon dot.com days of the sector’s youth – but those days are now long gone.

This is important because it is almost certain that regulatory scrutiny of remote gambling and the costs of compliance will increase. At present, attention on the sector has been largely confined to the subject of how companies recruit and retain customers – rather than the nature of the betting and gaming products themselves. That seems likely to change.

The CMA investigation – instigated at the behest of the Gambling Commission – would appear to give the lie to the suggestion that domestic licensing of remote gambling was simply a stalking horse for point-of-consumption taxation (something incidentally that the land-based industry simply refers to as betting and gaming duties).

At the time that licensing was made mandatory, the Gambling Commission stated that it was not interested in simply rubber-stamping the offshore regulators’ views – their subsequent actions have shown that they were in earnest.

Indeed, if the CMA does uncover instances of sharp practice, regulators in offshore jurisdictions may need to reflect upon the adequacy of their own controls – a process much more complex in the stakeholder environment of point-of-supply regimes (where the jurisdiction wants licensees to locate in an environment of some choice) than in point-of-consumption jurisdictions (where attractiveness is measured by domestic market size).

The problem with the current investigations and reviews (from press, politicians and regulator) is that all too often they simply address the question of what is happening (and the extent to which it is desirable) while shying away from the far more interesting and valuable question of why.

Many regulatory issues have their roots in attempts by operators to find solutions to business problems. For example, the ‘FOBT issue’ has its roots in the decline of over-the-counter betting on horse racing and dogs.

However, rather than deal with this head-on, operators have migrated their business to (and often become dependent upon) high stakes gaming machines – not without controversy.

Similarly, the promotional practices being investigated by the CMA (and indeed questions of advertising being assessed by DCMS) reflect the state of a heavily congested and highly commoditised market, where marketing has long been a key battleground.

Finding other ways to differentiate – and so to move away from bonus-led marketing – appears to be the real challenge here; but this is not a debate that the government seems likely to start.

…and probably long overdue
It is now almost 16 years since the last root-and-branch review of gambling took place in Great Britain, when the Gaming Review Body published its report (commonly referred to as the Budd Report, after its chairman, the respected economist Sir Alan Budd).

It is noticeable that the most noise about the current regulatory controversies (FOBTs, TV advertising, remote promotions) relates to issues that were still nascent from an industry perspective at the time of the Budd report and had yet to enter public consciousness.

Budd never expected to be the last word on gambling regulation (and indeed recommended that a further review be carried out after 10 years). As I argue in my recent paper ‘Budd Revisited: Gambling in Britain 15 Years On’ (UNLV Gaming Research & Review Journal), we may be approaching the time when a fundamental stocktake of gambling policy is required.

Whether the impetus for this is positive or negative is down in large part to the initiative of the industry.

In the meantime, the scope of future reviews seems likely to expand (not least because the final question in the current DCMS call for evidence is likely to create a ‘bucket list’ of unresolved issues from proponents and opponents of gambling expansion).

Regulation is a common bugbear among gambling executives – and yet effective regulation is critical if the market is to function properly and for growth to be sustainable.

The tax and regulatory landscape for remote gambling in Britain may have changed significantly in recent years, but I suspect that we are only just getting started.

How remote businesses engage with the current crop of reviews, both collectively and individually, and how they start planning for the ones to come, will provide an important yardstick of the sector’s maturity – as well as demonstrating its capacity (or otherwise) to survive and thrive.

Increasing scrutiny raises the stakes of being in the game, and puts very different pressures and objectives on senior management teams than the historical focus on operational growth.

Times are changing and companies need to change with them if they are to succeed.

Dan Waugh is a partner at the gambling advisory firm, Regulus Partners.