A storm of regulatory change and economic uncertainty is brewing for the GB gambling industry, and operators should prepare for a punishing second half of the year, writes RB Capital's Julian Buhagiar. 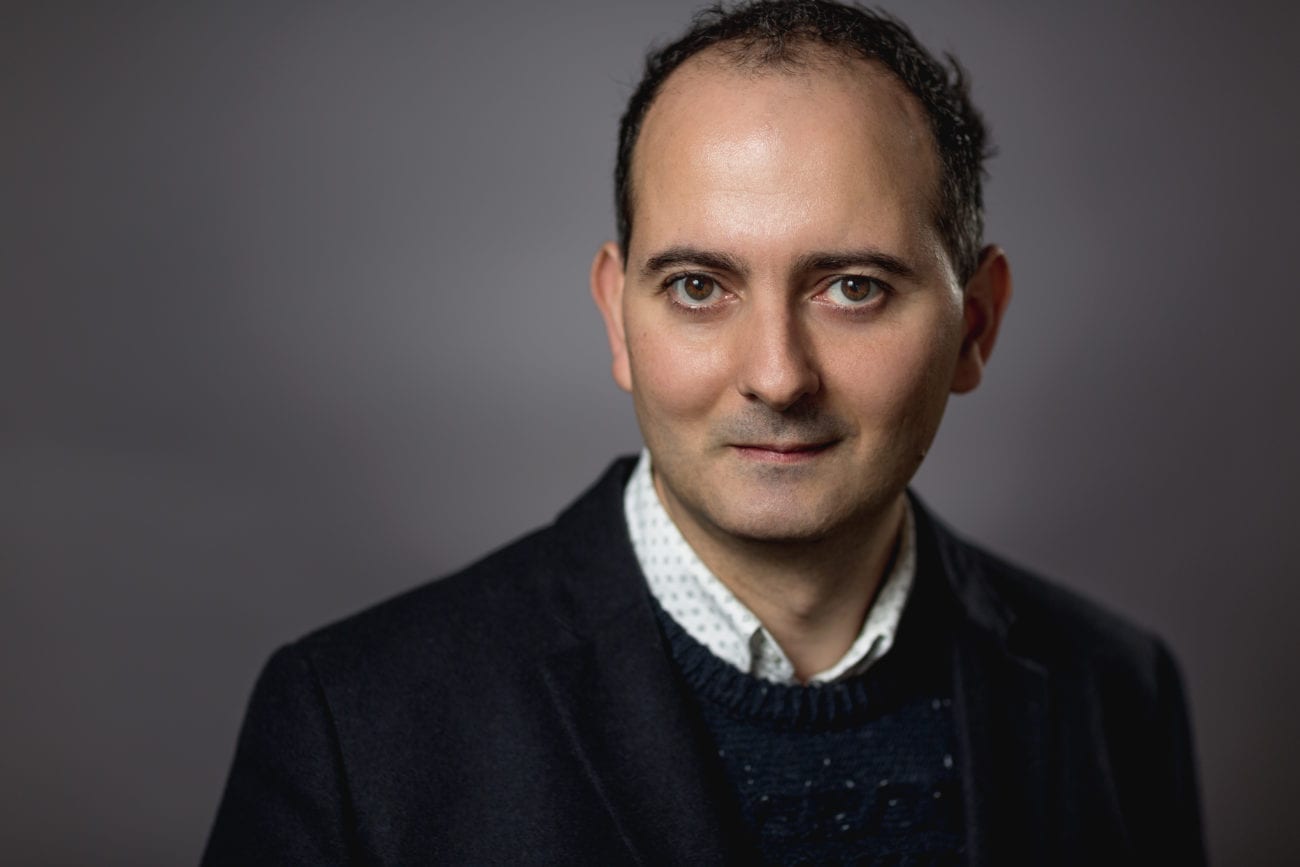 A storm of regulatory change and economic uncertainty is brewing for the GB gambling industry, and operators should prepare for a punishing second half, writes RB Capital's Julian Buhagiar.

The Guardian and Daily Mail editorials are seldom aligned. In the last few years all manner of ‘hot’ topics such as Brexit (obvs), immigration (double obvs), taxation, and government policies, have become polar opposites when viewed through their respective lenses.

However, the recent All Party Parliamentary Group report has galvanised both into a common discord uniting consensus around the need to “shake-up Britain’s gambling laws”, and “ban ALL gambling advertising in sport!”. And the general theme continues across all other media. Even Drink and Drugs News, perhaps somewhat relieved at not being the focus, wholeheartedly embraces the report, identifying gambling as the “hidden addiction” responsible for more than £1bn annually for the UK alone owing to implicated health, welfare, housing and criminal justice costs associated with problem gambling.

Whilst perhaps – from within the industry at least – such unified dislike for gambling may seem a tad excessive, it’s easy to understand why it becomes the perfect enemy to rally against when the topic is viewed from afar. Most stakeholders – be they media, politicians, campaigners, or even the average consumer – personifies a gambler as Dishevelled Dave; the unwashed, unshaven, pyjama-clad middle-aged father of five. At 9:30am he's already down his local William Hill putting the last of his (furloughed) pay cheque on Atlantic Storm (33/1).

Except of course Dave can’t easily do that anymore, and probably won’t be in the bookies anytime soon. Gradually, in the last few years, protective measures have decreased the propensity of compulsive gamblers to waste away in betting shops. This in part explains why in the months leading up to the corona-event there were already mass closures of high street betting shops.

And as we all know now, those shops aren’t all coming back after the lockdown. William Hill has already taken the first step with its announcement to merge online and retail. So far, shareholders don’t seem terribly impressed, which means they value retail as highly as online, possibly more.

Headwinds are approaching whichever way you look
For the time being, it’s a different story for online. The efficiency of tech (especially digital marketing) to pivot players from one digital product to another has proven indispensable for lockdown survival.

From the little public data that exists, at least some of the revenue gaps in sports have been supplanted by fast thrills in casino, and a few innovative products in virtual sports (such as eFiFA and e-F1). Whilst incentives such as this are good for short-term blips, they don’t cater for the sports-gambler’s highly wired brain, so it was only a matter of time before these products failed to scratch the proverbial itch. A return to ‘proper’ sportsbook was always going to be welcomed.

Except that the APPG have different views on how gambling on sportsbook and casino, will look in the UK. The group, which comprises of more than 50 MPs (some of whom have been lobbying against gambling for a while) is calling for an outright ban on all advertising as well as capping stake limits at £2. More troubling for high-quality brands, a blanket ban on all VIP schemes and player inducements, and – in a move that has already wreaked havoc in Australia – restricting all in-play sports betting to venues or via the telephone.

If all the proposed motions are passed, it’s safe to say that the gambling landscape in the UK will be changed forever, and likely the sports landscape with it as well. No more big spending on events, be they leagues or one-off events.

High street shops have already languished due to the gradual drift to online, and this will be the final blow to many retail outlets – and all their staff – as operators look to redirect spending to channels that have higher margins.

Worse still, customers who have been accustomed to a rich variety of products to choose from both pre- and in-game, will be either forced to accept a watered down PG-13 versions of new offerings (unlikely) or else have to resort to less legal ways to reach their gambling desires (likely), directing gambling revenues from white to grey markets. In other words, it’s a loss whichever direction you look.

There was always going to be a need for tighter regulatory processes, especially for previously permissive territories such as Sweden and the UK. Some of the flighty protective measures that supposedly existed to protect both players and operators that were still in force until recently – such as deferred KYC and unrestricted free-to-play – were long past their shelf-life.

But such a forceful move of lumping so many changes together will only produce a series of negative outcomes; namely reduced revenue across the board, mass redundancies, and pushing players to darker markets.

Should we stay or should we go
So, how does this now-ailing industry best weather this impending storm? Is it time to pack up and leave Britain – as some fintech companies have done anyway given the impending Brexit legislative changes – or are there still a few silver linings? For those who choose to remain (ahem), here are two possible camps, though both strategies require some level of acquisition and/or merger.

First off, the big mergers. Several large operators saw this implosion coming, which is partly why we’ve recently witnessed some of the largest mergers in the industry. Flutter-Stars is a perfect example, and whilst the projected cost-saving synergies may be ecclesiastical at best, there does appear to be a legitimate case of strength in numbers. A larger (albeit leaner as opposed to heavier) organisation should be better placed to weather a footfall in numbers whilst remaining profitable in any one territory. This is clearly Flutter’s approach, and it is expected that the anticipated merger should bring about similar benefits once Stars is fully integrated.

If this is widely considered to be an acceptable trade-off, then the next 18 months will be replete with (mainly public) companies looking to merge whilst quarterly revenue is still buoyant. It’s not an unfeasible route, and some of the largest players in the business (Ladbrokes, GVC, Coral to name but a few) have all undertaken some form of merger.

It is usually the more stressful and expensive route, requiring complex mechanisms such as share buy-backs and swaps, and an ongoing need to manage shareholder expectations – on both sides. Not to mention a need to placate a regulatory body that seems increasingly to bear more scrutiny.

The other approach is a complementary M&A strategy, where smaller operators become bolt-on targets for the bigger boys to shore up their presence in verticals where they're facing stiff competition. The best example here is the William Hill-Mr Green acquisition, where the takeover of a fully digital organisation by an (arguably) over-leveraged behemoth helps to rapidly get into digital before the traditional sportsbook revenue shortfalls start to bite.

The WH-MrG acquisition is particularly interesting as it has underscored how the right form of small-mid cap acquisition can also cross-pollinate staff culture with a fresh mindset, as Ulrik Bengtsson has successfully demonstrated thus far.

Acquisitions such as this tend to be lower-cost, lower-resource dependent, but they then need to be an exact match for a target buyer. A purchase of an asset with even minimal overlap can result in unnecessary consolidation and adjustment.

And if the buyer is public, a protracted buyout can trigger shareholder nervousness, which in turn can significantly complicate the acquisition process. This happened to Flutter during its buyout of FanDuel, which resulted in very uncomfortable decisions being made towards the end of the process and remains the subject of a class-action lawsuit.

Which way will the wind blow? Whilst there are still some opportunities for big UK mergers, it’s likely that we will see many more small-medium complementary acquisitions in an attempt to diversify revenues in an ailing gambling industry. Whichever way you look, it’s highly likely UK gambling is about to enter one of the harshest winters it’s ever faced.

Co-founder of RB Capital, Julian Buhagiar is an investor, CEO and board director to multiple ventures in gaming, fintech and media markets. He has led investments, M&As and exits to date in excess of $370m.