The UK regulator's recent prosecution of an unlicensed skins gambling site and its warning this week over children gambling on video games indicates a crackdown is on the cards. Taylor Wessing’s Neil Hawley investigates. 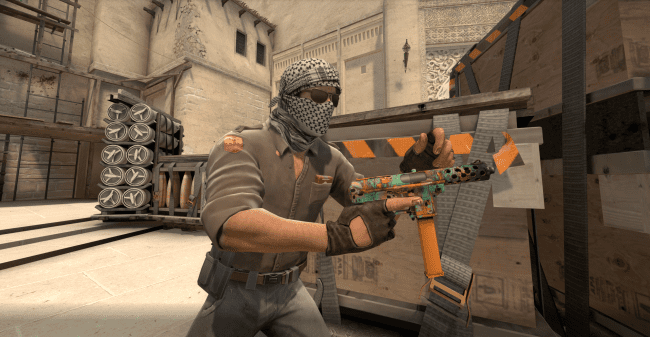 The UK Gambling Commission’s recent prosecution of two individuals running an unlicensed skins gambling site and its warning this week over children gambling on video games indicates a crackdown on illegal skins and esports sites is on the cards. Taylor Wessing’s Neil Hawley investigates.

Yesterday the Commission issued a warning to parents that underage gambling on esports was a growing problem that required vigilance. And last month, the Commission prosecuted Dylan Rigby and Craig Douglas, who were behind the FutGalaxy.com website.

Although the website is not endorsed or affiliated in any way to the FIFA series of video games or its publisher, Electronic Arts/EA Sports, it enabled users to trade their 'FIFA coins' (the virtual currency used in the FIFA series of video games) for 'FUT coins', which could then be used to bet on the outcome of virtual football matches, play casino-style games or even participate in lotteries.

Since the winnings in 'FUT coins' could then be transferred back into 'FIFA coins' which are available for purchase as in-game transactions with real money, the court held that children had used the FutGalaxy.com website to gamble.

During the case, District Judge McGarva was shown footage of a 12 year old boy gambling on the website, which he described as “horrific” and an indication of “how serious this is”.

Rigby and Douglas were ordered to pay fines and costs of £174,000 and £91,000, respectively, for the offences of “promoting a lottery” and “advertising unlawful gambling” under the UK's Gambling Act 2005.

Further action on skins gambling to come?
The Gambling Commission is actively investigating the trading, selling or use of in-game items as a form of virtual currency for gambling and which can then be converted into real money or money’s worth (these in-game items are mostly cosmetic elements of video games known as skins).

We expect enforcement activity from the Commission in respect of skin gambling to increase in 2017, particularly given the recent prosecutions.

The regulator has been definitive in its approach to regulation. It stated in a recent discussion paper that “where ‘skins’ are traded or are tradeable and can therefore act as a de facto virtual currency and facilities for gambling with those items are being offered, we consider that a licence is required”.

Although skins often have no direct influence on gameplay (such as a golden gun in a first-person shooter video game), it is clear that these are often accepted as a form of virtual currency on a growing number of gambling websites.

It is sometimes the case that players can even connect their account inventory to such websites where they use their purchased skins to bet in traditional gambling games such as online roulette.

These sorts of skins have monetary value as they can be purchased in the relevant video game with real money.

Esports also in the firing line
Recently, we’ve seen the emergence of esports games publishers offering facilities for players to play against one another and win cash or other prizes of monetary value.

We expect there will be a clampdown on esports game publishers that may have inadvertently crossed the boundary into regulated gaming and would therefore require a licence.

Since esports games are popular with teenagers, publishers are likely to consider tweaks to the structure of their tournaments to increase participation (as well as the mechanics of their esports games to remove elements of chance), rather than have to apply for a licence.

Regulation of esports games publishers as betting intermediaries
The principal gambling legislation in the UK, the Gambling Act 2005, fails to clearly distinguish between arrangements that would amount to payment to participate in genuine competitive tournaments and acting as a betting intermediary for players to play against each other in match ups. The latter would constitute an offence without a licence from the Gambling Commission.

A betting intermediary is defined in section 13(1) of the Gambling Act 2005 as “a person who provides a service designed to facilitate the making or acceptance of bets between others”.

It is not a party to a bet but rather introduces the parties to the bet and typically holds their stakes before paying the winners after deducting a commission.

There is, therefore, a risk that a game publisher can inadvertently enter the realm of regulated gambling as a betting intermediary on the basis that:

The UK Gambling Commission published a discussion paper on 11 August, 2016, which establishes how it now interprets the definition of “betting intermediary” in the context of esports.

It states that: “Our preliminary view is that [an esports games publisher] who is offering facilities for match ups, by introducing participants who bet against each other about who will win, is providing a service designed to facilitate the making or accepting of bets between others. If that is the case then the person offering those facilities may be acting as a betting intermediary and would need a licence.”

This discussion paper from the Commission also provides that in determining whether a games publisher is acting as a betting intermediary, it would look at a number of factors, such as the number of people involved in the relevant competition or tournament.

Therefore, if more players enter then that would indicate the esports games publisher would not be deemed to provide facilities for match ups.

We anticipate, therefore, that in 2017, there will be a shift in esports competitions that involve match ups between individuals and small teams to larger scale tournaments to mitigate the risk of acting as a betting intermediary.

Regulation of esports games publishers as providers of facilities for gambling
We are aware that the Gambling Commission is also considering the legal position of players who participate in esports tournaments for cash or other prizes of monetary value on the basis that such players could in fact be using facilities for gambling.

This is relevant to whether or not esports games publishers need to be licensed given that many esports games contain elements of chance, notwithstanding that the skill of participants is the most important factor in determining the winner.

There are a certain number of esports games that use a random number generator (RNG) to determine certain events and therefore influence the result of tournaments.

This poses the risk that esports tournaments that offer cash and other prizes of monetary value could fall under the definition of “gaming” in the Gambling Act 2005.

There is a particular risk for those esports games publishers that use similar game functionality to poker (for example where RNGs are used in battle card games to determine which cards are dealt to each of the players).

The Commission has specifically stated that in its view “such games fall within the definition of gaming that would be illegal without a licence”.

It is therefore crucial for esports games publishers to consider their use of RNGs.

Loyalty credits put social games publishers at risk
We expect to see continued growth and development in the social gaming sector in 2017.

So far, most regulatory scrutiny has focused on those games that look like traditional gambling (such as free-to-play online roulette or slot games), which might need a licence from the Gambling Commision, depending on whether players stake money or if there is an opportunity to win cash or other prizes of monetary value.

Where there are stakes or real money prizes then the boundary between unregulated social gaming and licensable activity can be easily crossed – however that boundary can be somewhat blurred.

There has, for example, been a rise in the number of social games that offer 'loyalty credits' that operate in ways that could constitute a form of gambling, such as where these are used as a de facto currency.

It follows that there will likely be an increase in the number of notices from the Commission to the publishers of social games who inadvertently operate such loyalty schemes without a licence, requiring them to either halt such loyalty schemes or face enforcement action.

In fact, the Commission confirmed in August 2016 that it had written to more than 100 unlicensed online gambling websites requiring them each to “cease offering facilities for gambling to British customers”.

Although the vast majority of players of social games spend very little money (or none whatsoever), there is undoubtedly a very small group who spend substantial sums on the purchase of virtual currency, despite the fact it cannot be converted back into real money.

The Commission continues to look at whether there are aspects of social gaming that present a risk to consumers and whether or not additional protections need to be implemented.

That being said, the Commission recently reaffirmed the position it set out in its paper entitled Social Gaming from January 2015, stating that “winning additional spins or tokens, even if they can be acquired by the payment of real money, will not in and of itself make an activity licensable”.

Although the Commission has concluded there is no compelling reason to impose additional gambling regulation on the social gaming sector (on the basis that it remains subject to extensive consumer protection legislation), it is important for the publishers of social games not to inadvertently offer services or products that would require a licence.

This could happen, for example, where players need to purchase virtual currency to compete in competitions or otherwise improve their chances of winning cash or other prizes of monetary value.

The boundaries are increasingly becoming blurred between social and video games sites and gambling sites. Sites that do not wish to stray into licensable territory must ensure they say on the right side of regulators or they could find themselves facing prosecution and fines.

Neil Hawley is a senior associate who leads the Games and eGaming/Gambling Groups at Taylor Wessing (UK) and advises on all aspects of regulatory, commercial and licensing projects for clients in these sectors.