FOBTs caused yet another war of words this week. But whatever the outcome on maximum stakes, all stakeholders are at fault for the current impasse. 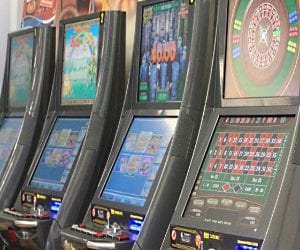 FOBTs caused yet another war of words between the gambling trade bodies this week. But whatever the outcome on maximum stakes, all stakeholders are at fault for the current impasse.

This week’s recommendation from the All Party Parliamentary Group that the maximum FOBT stakes be reduced from £100 to £2 was met with anger from bookmakers.

More importantly, it clearly highlights how the different industry trade bodies have failed in their aim of enabling a productive regulatory environment that is beneficial to all their members.

The Association of British Bookmakers was scathing about the report, complaining that it was biased and since the APPG that produced it is funded by trade bodies that have been asking for years to have FOBTs on their own premises but have been consistently refused the right to do so, its legitimacy had to be questioned.

As a reminder, the APPG is funded by groups such as BACTA, JD Wetherspoon and the Hippodrome Casino (on behalf of the National Casino Forum), who have defended their position by citing social responsibility issues, even though all have asked for FOBTs to be allowed on their premises at one time or another.

However it must also be pointed out that BACTA and others also fund the All Party Parliamentary Betting and Gaming Group, which is also funded by the ABB.

ABB calls out report…
Quick recap: the ABB called the report’s findings “wilfully misleading” and said that it had filed an official complaint with the Parliamentary Commissioner for Standards.

Chief executive Malcolm George said: “This small group of MPs has exhibited a woeful lack of transparency over the vested interests like casinos and amusement arcades who bankrolled the Group.  This has been a kangaroo court from the start.

“The MPs are in clear breach of the rules and I have written to the Parliamentary Commissioner for Standards over their one-sided and evidence-free report funded by our industry’s commercial rivals.”

Philip Davies MP backed this sentiment. He told iGaming Business that he felt the APPG had decided on the report’s conclusion in its very first meeting before any evidence had been heard or research undertaken.

When asked why he thought bookmakers had refused to testify at the APPG enquiry, Davies said: “I suspect it was because they thought it was pointless when the inquiry’s conclusion had already been decided, they probably didn’t want to give it any credibility.”

… but won’t release FOBT data
The ABB though is in no position to point fingers. One of its key and oft-repeated arguments against any prescriptive regulation of FOBTs is that there is no evidence linking them to problem gambling.

However, the reason there is no evidence on which to base any research is because the ABB and its members refuse to release it; and they are the only ones in possession of any FOBT data since they operate the machines.

The obvious questions then have to be: why does the ABB refuse to publish the data? What is the ABB afraid it will reveal? Does the data reveal a link between FOBTs and problem gambling?

No one knows, iGaming Business repeatedly asked the association why it wouldn’t publish the figures only to be told to refer to its official statement.

With the ABB taking such a stance, it is then very easy for FOBT opponents to make hard hitting, negative and highly charged claims against the sector.

Conversely, bookmakers’ frustrations are understandable when one is aware of the actions of the likes of BACTA, the National Casino Forum, pub chains and other bodies representing competitors that don’t have FOBTs on their premises.

With friends like these…
Which brings us to those groups. If ever there was a prime example of an industry shooting itself in the foot then surely this FOBT farrago must be right up there.

And because the likes of BACTA, UK pubs and casinos have not been able to get FOBTs into their establishments it seems they have decided to do all they can to stop the bookmakers from having them (a scenario that could be summed up as: “If I can’t have them, then you’re not going to them.”)

MP Philip Davies told iGaming Business it was a case of “mutual suicide” for BACTA and others to side against FOBTs, because any harsher regulation for one medium may result in the same for others.

Politicians also don’t differentiate between different gambling products and tend to view gambling through a single lens, thus raising the risk that future gambling regulatory decisions could be based through the prism of FOBTs.

John White, chief executive of BACTA, counters that his trade body also “funds the Betting and Gaming APPG, which is also funded by the ABB. This is on the public record. All APPGs are funded by stakeholders with an interest in the issues around which MPs have coalesced. These groups are no different”.

He adds: “Rather than attack the Group it is our view that the arguments and evidence should be debated. We have long called for a substantial reduction in the maximum permitted stake on FOBTs which have destroyed thousands of jobs and businesses in our sector. The evidence for a reduction is compelling.”

However, as mentioned earlier, there is no hard data on FOBTs since the bookies refuse to publish it, so White’s comment has to be placed in context.

Lobby matters
Political lobbying and mainstream press coverage are other areas where the industry has failed.

It has been outplayed by Derek Webb, founder of the Campaign for Fairer Gambling, “one man and his dog” is how one contact described CFG, and has been unable to drive home a convincing and genuine message about FOBTs, other than claiming “there is no evidence linking them to problem gambling”, while at the same time refusing to release the only FOBT data available out there.

You get the message.

In the report Dirk Hanson, chief executive of GamCare, says FOBTs were by far the largest cause of calls to the organisation and politically it also has the support of Tracey Crouch, the Minister responsible for gambling at the Department for Culture Media and Sport (DCMS).

And with a government that is generally more disapproving of gambling than its predecessors, it is not difficult to sense which way the wind is blowing.

A DCMS spokesperson told iGaming Business: “The government is currently undertaking a review of stakes and prizes of gambling machines and their locations, that includes FOBTs. We welcome the submission from the APPG on FOBTs as part of this and will consider their report. It is important that gambling regulations strike the right balance between allowing the industry to contribute to the economy and enable people to bet responsibly whilst ensuring consumers and communities are protected.”

Meanwhile the levy that goes to the horse racing industry could have been affected by any FOBT stake reduction but a new levy introduced for online operators means this would not significantly impact its revenue.

In the City, Simon French, analyst at Cenkos Securities, said: “We expect an update from the DCMS by the end of Q1 but remain concerned that a significant proportion of Retail revenues are under threat and thus expect stocks with exposure to this segment of the market to continue to underperform.”

Conclusion
With pressure mounting against them it may seem like FOBTs are on the way out and bookmakers might have to accept that the gig is up and start to look to other revenue streams to replace them.

However, the two key failures of the ABB have to be on the following fronts: political lobbying, as mentioned above, and, just as importantly, product development.

For the past 10-15 years, high street bookmakers have been relying on FOBTs to keep their estates open when they should have focused energies on their core trade: developing innovative betting products that appeal to traditional punters and attracting the younger demographic groups more interested in football.

The fact that bookmakers have neither preempted the attacks from the likes of CFG or developed corporate strategies to safeguard themselves against losing their FOBT cash flows by developing new products is down to poor planning and complacent management.