La Française des Jeux’s (FDJ) acquisition of Sporting Solutions will see the French group use Solutions’ trading expertise to develop its B2C offering in its home market and its lottery-focused B2B activities internationally. But a clear vision of how to integrate the UK group into FDJ’s mega-structure will also be just as important if the deal is to be successful, writes Jake Pollard. 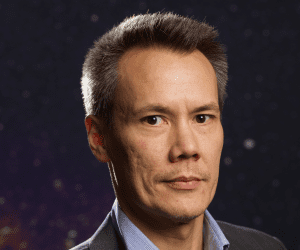 La Française des Jeux’s (FDJ) acquisition of Sporting Group will see the French group use Solutions’ trading expertise to develop its B2C offering in its home market and its lottery-focused B2B activities internationally. But a clear vision of how to integrate the UK group into FDJ’s mega-structure will also be just as important if the deal is to be successful, writes Jake Pollard.

The announcement was covered by most media outlets last week, but in truth it went pretty much unnoticed and, as such, very few questions have been asked about it.

For FDJ, and, to an extent maybe, Sporting Group, that is just as well. The French state lottery only does press when it feels like it, which is not often (ie, never), and it really stuck to that MO following its acquisition of the operator and supplier.

When iGamingBusiness.com emailed the company trying to find out more about the deal, what the strategy and rationale behind it were, and what we could expect to see from FDJ in terms of products, it replied: “Thank you for your inquiry. The FDJ Group of companies won’t comment further on the Sporting Solutions acquisition PR sent yesterday. We’re looking forward to sharing new development (sic) with you soon.”

Talk about shutting out the press. A major gambling group like FDJ, the second biggest lottery operator in Europe, entering the B2B sports betting space is noteworthy and media interest is natural.

Solutions’ strong identity
Does it matter that FDJ point blank refuses to speak to industry journalists? Of course not, the practice however does not make the group look good, especially when its last foray into the B2B space, the acquisition of LVS, sunk without a trace.

One industry contact, who has worked with both companies and agreed to speak on condition of anonymity, says the Sporting Solutions buy out means FDJ “has bought a fantastic trading team, a good B2B specialist which it will use to strike deals with other lotteries around the world”.

In their view, Sporting Solutions is unlikely to go the way of LVS because the latter was “a small, young company when it got taken over, whereas Solutions has a strong corporate identity and commercial culture that is unlikely to get lost in the FDJ monolith. It has a much better capacity for resistance, even if the integration process will not be simple”.

If FDJ’s corporate strategy seems obvious enough, “to eventually be able to price up and trade its own betting products in its home market and develop a B2B client base of (mainly) state-operated lotteries internationally”, says the contact, the two groups have very different cultures. “One is a highly commercial UK betting specialist, the other is a huge state-run operator with a very different mindset and way of working”.

In terms of what FDJ is getting, a former Solutions staffer tells iGaming Business: “FDJ will be getting strong trading and tech expertise, integrations into multiple platforms and partners, algorithms across nearly all major and minor sports, with the ability to supply the trading models so that operators can self-trade.”

On the downside, “spread betting business is ingrained across the company and is very difficult to separate (from fixed odds sports) and it will be interesting to see how they approach the issue.

“Solutions has a fixed odds platform it bought from Grand Parade but it isn’t compatible with FDJ’s LVS legacy platform”, the former employee adds.

In addition, the size of the prospective market for Solutions’ products and services at present is not broad, and “large operators are taking big sports in-house, so Solutions only get the long tail and many small and medium-sized operators have already moved to providers such as SBTech or Kambi”.

Communication breakdown?
The latter point is true, and while FDJ will be aiming at lottery operators around the world and taking Solutions into new regions, SG Digital/OpenBet is already doing the same and is further down that path; both commercially and at the product integration level.

Furthermore, Sporting Solutions supplies many of the companies it will now be competing directly against for major contracts, even if that is an accepted part of the igaming supply chain.

This doesn’t mean the project won’t be successful, but it won’t be easy, from a cultural perspective as much as a purely tech or commercial endeavour.

To prove the point, the contact who has worked with both groups says he has been aware of this deal for some time. But even Sporting Solutions executives he is in touch with regularly did not know when it would be announced and were yet to hold face-to-face meetings with senior FDJ staff to work things through.

But really the PR episode mentioned at the start of this article is merely an indication of the way FDJ works; and there are likely to be many more episodes where the group’s lack of clarity and communication becomes the stuff of post-work pub stories. The key will be whether it has a long-term negative impact on how Solutions operates. As the saying goes, it’s good to talk.