The FCA's statement was a major announcement in the world of CFD (and binary) sites. However, any new regulation will have to ensure legal operators remain attractive to punters. 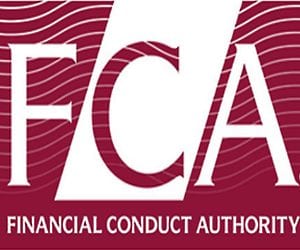 The FCA's statement yesterday (Tuesday 6 December) was a major announcement in the world of CFD (and binary) sites. However, any new regulation will have to ensure legal operators remain attractive to punters, others will fill the vacuum if that is not the case.

It will be no consolation to the shareholders of the listed spread betting and Contracts for Difference (CFD) providers that the scale of the pullback affecting their collective share prices this past week is exactly the type of market volatility that in other circumstances might have punters flocking through the doors.

The first attack on the sector came from the unlikely direction of the Cyprus Securities and Exchange Commission (CySEC), which on November 30 issued new regulations that prohibited the use of bonus offers on all financial products.

In a sign of things to come, the body also said it would no longer allow Cyprus Investment Firms (CIFs) to offer leverage to clients of over 50 times the original stake.

But if CySEC’s move was a shot across the bows, the proposals put forward on the part of the UK’s Financial Conduct Authority on December 6 to also limit leverage to between 25 and 50 times were a direct hit on the sector.

The IG Group share price fell by 40% on the day, while rivals CMC Markets and Plus 500 fared little better. In all, more than £1.5bn was shorn off the value of the shares of the three.

Worryingly for the rest of the sector, and in particular the operators working at the binary end of the market, the FCA took particular aim at that most controversial of financial trading products.

Christopher Woolard, director of strategy and competition at the FCA, said the body was concerned that binaries are the cause of “investor protection risk” and said these raised questions over whether they “meet a genuine investment need”.

The FCA was given the binary option hospital pass back in 2015 when the UK government said that to bring UK regulation into line with the rest of Europe ahead of the introduction of MiFID II, the product would be moved from the purview of the Gambling Commission to that of the FCA.

The FCA’s disdain for being handed this hot potato was clear in its comments.

The end of days
For the binary options providers, this is almost certainly an existential threat. As a note from analysts at Citi said on Tuesday, other European countries are now likely to follow the FCA’s lead.

With the FCA now openly voicing concerns about whether the product should exist at all, sources suggested it was all too easy to envision other European regulators moving to ban binary options altogether.

It’s a bleak landscape for that sector, but one which the major CFD providers are hoping will be the prelude to better times ahead.

A note from RBC Europe suggested that the likes of IG and CMC Markets (and to a lesser extent Plus 500) were merely the “collateral damage” from a regulatory attack that was clearly aimed elsewhere.

The leverage limits will certainly hurt in the short term. Analysis from Citi suggested that when similar moves were instigated by the Japanese authorities, dropping the upper limit in two stages down to first 50 times and then 25 times, IG’s business more than halved.

But at the same time, a harsher regulatory regime lifts further barriers to entry. Over at Numis, analyst James Hamilton pointed out that the customers at the major providers were experienced and do not utilise the maximum leverage that is available to them.

“It should however increase a customer’s trading life span which will support longer term revenue growth,” he added.

Filling the vacuum
CMC Markets certainly looked on the bright side yesterday. It said it had “consistently focused on higher-value experienced premium clients” who understood both the product and the inherent risks.

IG itself referenced the ‘collateral damage’ aspect of recent events, saying in a statement that it “recognises that there are shortcomings in the approach to the marketing of CFDs and binaries by certain firms”.

Of course, the major listed players also now include Playtech, which entered the space in April 2015 when it bought the TradeFX business from major shareholder Teddy Sagi for an initial US$224m.

The company operates the Markets.com financial trading site and although nowhere near as damaging in terms of share price – the shares are off by around 7% in the past week – the news still comes as a blow for the division.

Simon Davies, analyst at Canaccord, noted the company had already exited binaries and that the average leverage figure at Markets.com was well below the new proposed limits.

“In addition, any hit to short-term financials profits would reduce the potential maximum €320m earn-out on the acquisitions,” he added. “The division also has plenty of scope for self-help.”

But while the likes of CMC or Markets might not be hit too badly by this latest regulatory clampdown, other, less scrupulous and unregulated operators might see it as an opportunity to attract clients keen on being able to make use of higher leverage limits.

Regulation of any kind always has this type of effect on a given vertical, but in the case of CFDs or binary betting it would mean no security for player funds or insurance on deposits.

Just as important, those who choose to play on those sites would have even less guarantees of being paid out any winnings.

The FCA and stakeholders will be discussing all these points keenly during the consultation period that is set to expire in March.

As mentioned, new regulations always have knock on effects, but for CFDs and binary the figures are substantial and the FCA will have to strike the right balance between a strong regulatory framework and ensuring the legal market remains attractive, for operators and customers alike.