The decision by a LA district court that an entry fee to a horse racing tournament was equivalent to a wager could have a major impact on DFS stateside, says David Fried. 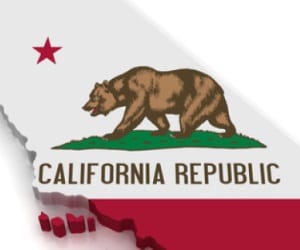 The decision by a LA district court that an entry fee to a horse racing tournament was equivalent to a wager could have a major impact on DFS stateside, says David Fried.

Last week the United States District Court in Los Angeles dealt a blow to fantasy sports contests when the Court held that the payment of an entry fee in a fantasy contest constituted a wager.

The issue was whether the defendant’s website offering daily contests for picking the winners of several horse races was prohibited under the federal Interstate Horseracing Act (IHA).

The contests are structured similarly to the daily fantasy sports contests operated by FanDuel and DraftKings. Each player pays a fixed entry fee to enter a contest, there are head to head contests as well as contests with multiple players.

Each player has to pick winning horses in a series of races with points accumulated based on the success of each horse adjusted by the parimutuel odds offered by the racetracks.

For the fantasy sports companies, contest points are based on the statistical performance of individual athletes across multiple teams.

The prize is the fixed entry fee multiplied by the maximum number of players, less a percentage to the operator. For example in a head to head contest, each person might pay an entry fee of $50 with a prize of $90 to the winner, and US$10 to the operator.

In effect, the participants are staking the entry fee on their ability to better predict the individual outcomes than some or all of the other participants. Derby Wars is not licensed as an advance deposit wagering company permitted to take horse racing wagers over the internet.

The court may still decide after trial that the plaintiffs are equitably estopped from complaining (due to making assertions that are contradictory to prior positions), or that the plaintiffs waited too long to bring their case, in which case they could ultimately lose.

But in the Court’s preliminary ruling this week, it ruled for the plaintiffs on their claim that Derby Wars violated the IHA.

While the defendant claimed that its contests were not parimutuel wagers, the Court held that under the language of the IHA the determinative question was whether the entry fees were wagers regardless of whether the contests used a parimutuel structure.

The Court also found that whether skill predominates over chance was irrelevant to the interpretation of IHA.

Looking to state court decisions from California, the Court determined that the entry fees paid by the players were a wager into a common pot similar to poker games, that is, “an agreement between two or more that a sum of money or some valuable thing…  shall become the property of one or some of them on the happening in the future of an event at the present uncertain; and the stake is the money or thing thus put upon the chance” (Bell Gardens v. Department of Justice, (Cal. Court of Appeal 1995) 36 Cal.App.4th 717, at 747).

Entry fee = wager
The Court found that although there may be instances where the number of players entered into each contest is lower than the maximum number, the contestants’ entry fees in effect form the pot from which the defendant pays the prize(s).

Therefore, the entry fees constituted a wager on horse racing accepted by an unlicensed operator in violation of the IHA.

Although the Court provided little elaboration on this point, plainly it was the clear relationship between the entry fees and the prize pot or pool which led to the unremarkable judgment that the entry fees are wagers.

When there is a greater disparity between the entry fee and the prize a court might be hard pressed to find any wager. The same may be true where the participants pay monthly subscription fees.

But this decision could prove costly for the fantasy sports companies like FanDuel and DraftKings who operate similar contests.

Should the California courts similarly treat contest entry fees as bets or wagers, the California Penal Code prohibits bets or wagers on any contest “of skill, speed or power of endurance of person or animal, or between persons, animals or … upon the result .. of any .. chance, casualty, unknown or contingent event whatsoever”.