The 'stand off' between Valve and the WSGC continues, major investments continue and fantasy esports start up AlphaDraft calls it a day. 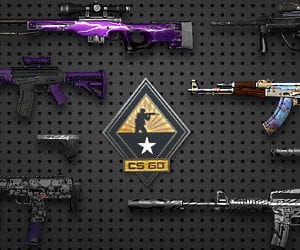 The 'stand off' between Valve and the WSGC continues, major investments continue to be made in esports teams and platforms and fantasy esports start up AlphaDraft calls it a day.

The sum wasn’t disclosed, but if valuations are reliable the investment amount would be in the broad region of US$5m -US$15m (£3.87m – £11.6m), which certainly ranks amongst the biggest acquisitions in the short history of esports.

What followed was further investment from businessmen with an NBA background. Firstly, Steve Kaplan, co-owner of the Memphis Grizzlies increased his stake in esports team ‘Immortals’.

Secondly, aXiomatic eSports purchased a controlling interest in one of the biggest names in esports: Team Liquid.

The aXiomatic consortium includes more than 30 investors, but notable names include NBA legend-turned-entrepreneur Magic Johnson as well as the two names heading up the group: Peter Guber and Ted Leonsis.

Guber is a co-owner of NBA franchise Golden State Warriors, Leonsis co-owns the Washington Wizards. Again, figures for the above transactions have not been revealed.

Steve Aoki, the superstar DJ, also announced during his set at TwitchCon that he had become an owner of the newly-founded esports team Rogue. “I can finally take my love of gaming to the next level as an owner of Rogue,” he said.

Other notable entries include Guinevere Capital, an Australian sports business group acquiring a controlling interest in Dire Wolves. Furthermore, there’s been several football clubs getting involved by signing FIFA players to their clubs.

This is nothing new, but French giants Paris Saint-Germain have taken it to another level. Just a day after Ligue 1 announced a partnership with EA Sports to deliver ‘e-Ligue 1’ (an esports league where each French team enters two FIFA players), PSG announced their two representatives as well as a League of Legends team to compete in Riot’s European Challenger Series.

Particularly fascinating is their appointment of Bora ‘Yell0wStaR’ Kim, a formidable ex-League of Legends player as their head of esports. It follows PSG's partnership with Webedia just weeks earlier. Webedia is a company with a global network of media brands including some of the most well-established brands in French esports.

In the gambling industry BetWay has made a big move this month, announcing a sponsorship of one of the most successful CS:GO teams and esports brands: Ninjas in Pyjamas.

The deal is rumoured to be in the ‘high six figure’ region, which is by no means a small investment.  It allows them a prime spot on the team’s jerseys and “content usage rights, onsite branding at the NiP gaming house and full player access”.

Also of note is that Betway seems to have started sponsoring certain streamers on Twitch as it looks to bolster its status as one of the leading esports bookmakers.

Valve and Washington State Gambling Commission in war of words
Despite the cease and desist orders issued by Valve to companies operating in the unlicensed skin betting space, many sites still remain at large.

A report by Narus Advisors stated that in 2016, prior to shutting down, CS:GO Lounge took a total of US$1bn (£784m) in wagers (skin bets) on 2,300 professional CS:GO matches, while other sources estimate that there are more than 100 companies still operating in the space.

The CS:GO and Dota 2 developer have since responded with a defiant statement in a letter to the commission which reads as follows: “As we have explained on multiple occasions, Valve is not engaged in gambling or the promotion of gambling, and we do not “facilitate” gambling.”

Valve concluded the letter by assuring that it would assist with the shutting down of any site offering such activities. As of yet, there has been no response from the WSGC, but it’s highly unlikely that this saga is even nearing completion.

Due to the fact that skins can be readily converted into cash through third-party sites and age and geographical regulation remains lax at best, the industry is a major concern to regulators.

The figures on skin betting remain staggering and the opportunity remains for a regulated operator or traditional sportsbook to capture a piece of the proverbial pie, if it manages to do this in a way that doesn't cause the ire of the regulators of course.

AlphaBet the latest casualty in fantasy esports
While skin betting remains rife and bookmakers look to establish themselves in the space, one avenue that remains tough to crack is the fantasy esports realm.

In an email sent to customers, it explained: “What started with only a few eSports contests expanded along the way and we are very proud of the platform we built. However, as we continue to evaluate the eSports landscape, we are announcing today that we have made the difficult decision to stop offering fantasy eSports contests on AlphaDraft.”

It comes as no surprise to some to Rahul Sood, chief executive of Unikrn, who tweeted: “Well, AlphaDraft is shutting down. It’s hard enough to build a successful real sports fantasy company.”