Affiliates are in the box seat to capitalise on the emerging opportunity esports presents to a wider community of stakeholders, argues Geoffrey Smorong 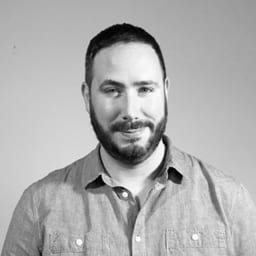 Affiliates are in the box seat to capitalise on the emerging opportunity esports presents to a wider community of stakeholders, argues Geoffrey Smorong

When G2 Esports defeated Team Liquid in the grand final of the 2019 League of Legends Mid-Season Invitational (MSI), the club emerged with more than just bragging rights. They also took home $400,000 and the opportunity to further monetise their success through limited edition MSI Champions T-shirts and other merchandise.

The glory bestowed on G2 Esports was yet another example of the emerging opportunity that esports presents to a wider community of stakeholders. iGaming affiliates and operators are among those capable of drawing points of comparison between esports and more traditional sports, such as football, basketball, hockey and NFL football.

That comparison, however, needs to be driven by an approach that is reasoned, pragmatic and inclusive. The months ahead should provide those stakeholders with some of the most valuable data on the subject to date.

The next big thing
Part of the excitement surrounding esports is based on its potential as ‘the next big thing’ in the realm of international team competition. This is despite the most optimistic of projections continuing to put esports viewership well behind that of the NFL for years to come.

Fortunately, the rest of 2019 should provide prospective affiliates with some entertaining, potentially enlightening, comparisons to help evaluate the enthusiasm of one emerging product against the deep-rooted cultural significance of another. That the premise can even be entertained represents a modest win for esports.

Monitoring the progression of this narrative will help affiliates to better appreciate and understand where and how to focus on esports in both the short and long-term.

The Fortnite World Cup Finals, which will be held in Queens, New York from 25th to 28th July and the NFL preseason kickoff on 1st August, will each be worth watching for their respective data points as much as for the action itself. The Fortnite Finals are also notable for a $30m prize pool of which the champions will take home $3m.

But this comparison will never be about monetary compensation, considering the NFL has 20 players set to make over $20m this coming season. The merits of greater interest, especially where affiliates are concerned, pertain to momentum, marketability and engagement. A more qualitative comparison can be found in how each product confronts the need to acknowledge its broader audience.

Engagement and growth
On 20th August, less than a month after Fortnite crowns its champion, The International, an annual Dota 2 tournament, will descend on Shanghai for its first-ever appearance in an Asian country. The tournament, which at the time of this writing is on pace to surpass last year’s $25.5m prize pool, does have a relationship with the Asian market as China has 11 top three finishers in eight years.

However, as the NFL has found with their increased presence in the UK (i.e. 16 London games in the last five years), the more sustained an organisation’s role, the more engagement they can expect in return.

Emphasising this point is the forthcoming launch of London’s NFL Academy this September, where student age 16 to 18 will receive instruction from full-time coaches. The esports industry, like the NFL, is showing an appreciation for the benefits of extending the reach of its influence.

On the topic of expansion, one which is always up for discussion across North America’s four major sports leagues (i.e.  NFL, NBA, NHL and MLB), esports is an industry designed for growth. In fairness to the “big four”, as well as European football clubs, the overhead costs of the average esports team cannot begin to compare to those operations.

A prime example of growth in esports are the eight expansion slots that were made available ahead of the 2019 season of the Overwatch League (OWL), bringing the league total to 20 teams.

The teams, which reportedly spent upwards of $40m each for their slots, are indicative of esports’ global appeal as Atlanta, Chengdu, Guangzhou, Hangzhou, Paris, Toronto, Vancouver and Washington D.C., are all home to new franchises.

Another distinguishing trait of the OWL, which is operated by Blizzard Entertainment, is that it aspires to operate on a city-based structure where teams would have home venues to foster fervent fanbases and passionate rivalries. It is a far cry from the enmity that surfaces when Liverpool and Manchester United take to the pitch or when the

Green Bay Packers and Chicago Bears clash in one of the NFL’s oldest rivalries. But it nonetheless lends momentum to a future filled with potential.

What does that potential mean for affiliates?

The affiliate approach
Affiliates are in an enviable position when it comes to strategising for an esports market that is rife with engaging personalities, big-picture thinking and celebrity influence. The latter of these points is bolstered by the involvement of household names like Steph Curry, Michael Jordan, Odell Beckham Jr. and Drake.

The industry even has its own annual awards show to recognise the best across a variety of categories, including ‘Personality of the Year’. Last year’s winner in the category was Tyler “Ninja” Blevins, who has over 4.3m Twitter followers and more than 14m on Twitch, the Amazon-owned live streaming platform.

One of the most consistently cited strengths of successful affiliates is an ability to adapt to changing environments and identify optimal methods for engaging diverse target audiences. This will be an important skillset in understanding the mindset and motivations of a prospective esports bettor compared with those of a typical punter.

A speculative yet optimistic approach to esports, will position affiliates to respond appropriately to opportunities in emerging markets. This also applies to the US market where many affiliates, operators and suppliers, closely monitor legislative developments on a state-by-state basis.

While projections for the future of esports vary and merit constant evaluation, affiliates also know better than any industry stakeholder the challenge of waiting too long to cultivate a loyal customer base. The question of whether to adopt a corresponding engagement strategy is one that affiliates will need to reflect on in the months to come while evaluating the potential cost of inaction.

As director of client services for Paysafe’s Income Access, Geoffrey Smorong focuses on the daily operation and management of all Income Access client-facing activities. In addition to ensuring clients have access to responsive and reliable support, he is also a strategic leader in identifying market growth opportunities as well as product development and project management.