Brexit has pulled into sharp focus the question of access to the EEA. This is because it is a vital question for igaming companies, especially those licensed in Gibraltar. 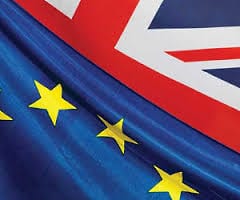 As Brexit speculation continues apace, questions have been raised in some camps about whether or not the UK actually needs single market access, or whether it would be better off striking its own trade deals with countries outside the European Union.

There may well be a case for doing the latter when it comes to certain industries, but for the UK’s gambling hubs, it could be disastrous.

Most countries in the EU with gambling licensing regimes require licence holders to be located in either the EU or the European Economic Area (EEA). If, once Brexit negotiations are complete, the UK and Gibraltar no longer fulfill this requirement, what will become of their gambling industries?

Stephen Ketteley, a partner at Wiggin, which works with a number of gaming clients, says: “We have had a number of calls and conversations with clients around what this could mean to them. It is quite early days and no one really knows what Brexit means for anyone but the implications for the industry are notable in certain circumstances.

“It is worth remembering the gambling industry lobbied for the ability to hold a licence in one member state but have their technology in another and many licensing jurisdictions accepted that as long as the kit was in an EEA state and the licence held by an entity also in the EEA. If Gibraltar and UK are no longer EEA member states, it remains to be seen what impact that will have on such concessions.”

Gibraltar’s Ministry of Finance and Gaming was quick to get out a “business as usual” statement shortly after the Brexit vote, saying on June 30 that it had spoken with all Gibraltar-based operators and that “the sector remains strongly committed to its Gibraltar operations”.

Local licences, EEA membership
The Gibraltar Betting and Gaming Association (GBGA) released its own statement the following day, stating: “European countries already have widely different regulatory regimes and many require our operators to have local licences — the impact on our members is therefore likely to be minimal.”

But while the GBGA is correct in stating that many European countries require local licences, what it has glossed over is the fact that most require those applying for local licences to also be based in another EEA country.

Gaming lawyer Giulio Coraggio, partner at law firm DLA Piper's Rome office, pointed out in a blog post earlier this month that if the UK exits the EEA, UK operators will no longer qualify for licences under Italy’s gaming law, which requires licensees to have both a registered office and their technical infrastructure in an EEA country.

Sacha Michaud, president of Spain’s digital gaming association, Jdigital, says the situation in Spain is very similar: “The current regulation requires the parent company or licence holder to be within the EEA, therefore depending on the final negotiations on Brexit, the UK based companies could or would not fulfil current regulatory requirements.”

Coraggio’s German DLA Piper colleagues, Michael Stulz-Herrnstadt and Christoph Engelmann, pointed out in another blog post that the situation was similar in Germany, and there may be other implications for UK and Gibraltar operators in the ongoing battle over the lucrative sports betting industry in Germany.

Although European courts have ruled that Germany cannot legally impose penalties on EU-licensed operators offering sports betting in the country, the UK and Gibraltar could fall outside this protection if they leave the EEA. “Gambling companies with licences from the UK, Gibraltar and/or the Isle of Man might not be able to refer to the single market and the EU’s freedom to provide services any more if those states are not able to negotiate participation at the single market with the EU.

“In the event of exit companies that collect sporting bets on behalf of UK-licensed operators in Germany will not be able to defend their business with the recent ECJ decision that ruled that EU law may preclude the imposition of penalties in respect of the unauthorised cross-border intermediation of sporting bets carried out in Germany.”

Some bright spots
Not all the news is bad, however. In Denmark, a move out of the EU would not rule UK and Gibraltar firms out from gaining a licence, although they wouldn’t simply be able to transfer over an existing licence.

“If the UK and Gibraltar leave the EU without terms remedying the exit, operators in those countries will still be eligible for a Danish gambling licence as the Danish Gambling Act does not require that the applicant/licensee is based in the EU/EEA, however there are minor differences when they are not. For example, they will be required to have a representative (person or company) residing or established in Denmark, which is not a requirement for operators which are based in the EU/EEA. The representative must meet a number of requirements and be approved by the Danish Gambling Authority. Licences are as a rule non-transferable,” says Birgitte Sand, director at the Danish Gambling Authority.

With regards to the location of the technical equipment, Denmark's laws allow “most licensees to offer gambling under their Danish licence without having any part of the gambling system within the EU/EEA as long as they are able to give the Gambling Authority remote access to their systems “.

And in Spain, B2B providers, at least, would be largely unaffected, says Santiago Asensi, managing partner at gaming law firm Asensi Abogados in Madrid. “B2B providers do not have any specific requirement regarding location. Please note that in some cases B2B providers, technically speaking, are considered as operators since they were granted with licences due to the special type of activities that they carry out as, for instance, ring-fencing players for jackpots in slots.”

Future planning
But even if there are some glimmers of hope, it’s difficult to think that the statement made by Gibraltar’s Ministry of Finance and Gaming wasn’t being wildly optimistic when it said: “Various operators have confirmed their intention to continue with their expansion plans in Gibraltar including increasing or leasing new office space in Gibraltar, relocating parts of their existing business from other jurisdictions to Gibraltar, and ensuring recruitment continues apace.”

Although it may be too soon for operators to think about moving away from Gibraltar when barely a month has gone by since the shock referendum vote, it’s likely Brexit will throw a spanner in the works of some operators’ future plans.

Ketteley says it is playing on operators’ mind. “Some of our clients like to plan a long way in advance and Brexit is certainly having an impact on strategies. Not many operators will have Brexit plans however – they are waiting to see how the balls fall. That said, clients are re-assessing live transactions and Brexit may have an impact on the appetite to pursue a transaction or affect how it is structured.”

Jdigital’s Michaud says “it is early days”, but he also points out that “many UK operators also have a licence in EU countries like Malta… therefore they have other options open”.

Indeed, some have speculated that Malta could emerge as the big beneficiary of the Brexit situation. In recent years many gambling companies have made the move to Malta, attracted by its well-established gaming infrastructure and low taxes. Given its membership of the EU is not in any doubt, the allure of this small island may become even greater in future.

Related articles: Brexit: EEA membership requirement – could impact UK firms in Italy
Gibraltar Ministry eases fears over Brexit
iGB Diary: Brexit exit impact on EEA, GES, UK bookies in crossfire, Blast from the past
IGB Diary: First it's Brexit, then Regrexit, when will it be Fixit?
Brexit, igaming and the Gibraltar question