There’s much more to the UKGC's Consultation than FOBTs, and it could have far wider implications for the industry than restrictions on stakes, says Wiggin partner Stephen Ketteley 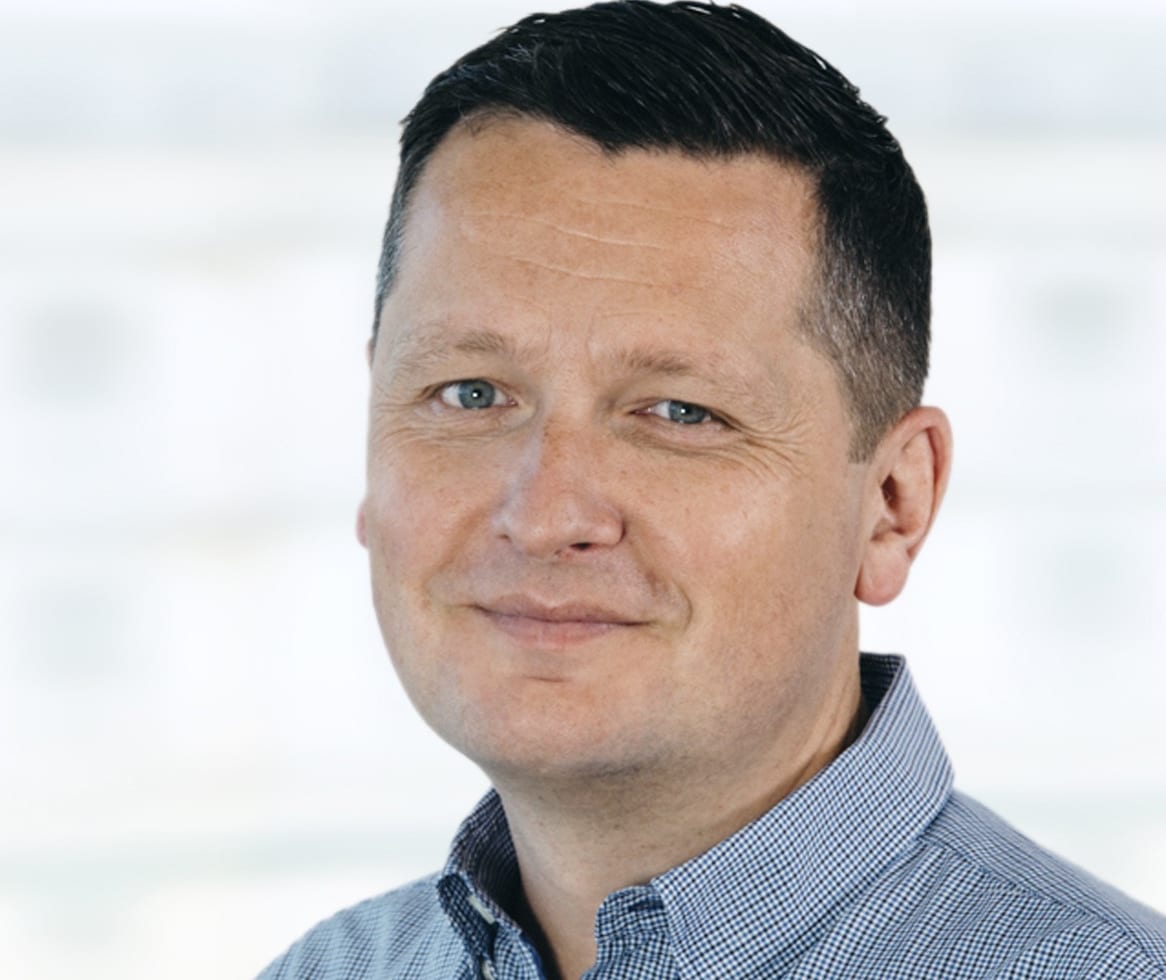 There’s very much more to the Gambling Commission’s Consultation than FOBTs, and it could have far wider implications for the industry than restrictions on stakes, so make your views heard, says Wiggin partner Stephen Ketteley

As has been said before, it can feel like the gambling industry is under constant attack from all sides, with a vicious, interlocking circle of regulatory intervention and adverse media comment driving an increasingly reactionary agenda.

That, certainly, is one point of view.

The other point of view is held by many politicians and their constituents, namely that something is not quite right in the way the gambling industry goes about its business.

When the Labour administration introduced the Gambling Act 2005, implemented in the autumn of 2007, they set the framework for an increasingly liberalised gambling regulatory framework that has seen the industry evolve into what it is today.

Two key aspects of that “deregulation”, as it was dubbed, were the relaxation of restrictions on advertising gambling and the removal of the demand test, which had restricted the numbers of betting shops on Britain’s high streets and required a bookie to demonstrate to the local magistrates why another shop was needed to satisfy demand.

The Government’s recently announced 12-week Consultation (the “Consultation”) focuses on the proliferation of gaming machines within Britain’s betting shops (a direct result of the relaxation of the removal of the demand test) and also on the way the gambling industry advertises its services and the impact that it has on society generally.

Although the impact of restrictions on gaming machine stakes and prizes will have a significant impact on the landscape of the industry, it affects a relatively small number of large operators. Given the importance of such issues to household names such as William Hill and Ladbrokes etc, there was obviously a lot of media attention paid to the aspects of the Consultation related to gaming machines.

There was relatively little media attention given to the potential impact on online gambling operations and it is these that drew this author’s attention particularly. What was originally designed to be a review mechanism to look at the stakes and prizes in gaming machines on a relatively regular basis, the review has morphed into something more and is looking at “the wider social responsibility agenda”, a relatively nebulous but potentially far-reaching phrase.

In the latter stages of the Consultation document, the Government noted certain areas where they felt improvement could be made, particularly in relation to the terms and conditions of promotions, the way the industry advertises and the way the industry approaches its social responsibility obligations.

All of this is part of what appears to be a concerted effort between a number of regulators and agencies working in harmony to bring about a seismic shift in the way that it attracts its customers and then deals with them. It really works to challenge the way the industry views its customers and correspondingly the way in which it believes its relationship with them should be arranged.

The well-publicised investigation by the Competition and Markets Authority (CMA) into the way gambling operators contract with their customers is shortly to culminate and will force the industry to fundamentally change the way in which it seeks to attract and retain customers through promotional bonuses.

At the time of writing, the CMA has yet to report, but by the time you read this they almost certainly will have done so, making it very clear what types of well-entrenched behaviours will no longer be acceptable. They will remind operators of the onus on them to ensure that they can justify the fairness of their terms and conditions whenever challenged in the future.

Interestingly, though, the CMA also originally investigated a number of other areas covered by the contractual relationships between operators and players, including general account restrictions, the palpable error and the way in which the industry handles customer complaints. According to its public statements, the CMA is enforcing only against casino and free bet promotions, rather than any of the aforementioned issues.

One can conclude that the way the industry generally contracts with its customers and the intent behind ‘standard’ contractual protections are not so outlandish as to have drawn the enforcement ire of the CMA. That is not to say that the industry has no room to improve – it clearly does – and a lot of work is going to be needed to ensure that customer terms and conditions meet the objective fairness tests set out by consumer regulations. One can expect more regulatory scrutiny over this in the coming months.

Everyone in the industry will be aware of the recent press coverage in the UK, notably in the Sunday Times, relating to the purported use of cartoon-like imagery and characters within the context of gambling service.

The issue of advertising of such games being, potentially, of “particular appeal to children” is covered elsewhere in the new issue of iGB and so not covered in any detail here.

However, it is notable that in advising on this issue following the recent press coverage and the subsequent correspondence received by operators from the various regulators, we have noticed the clear difference between how the industry views this issue and how the regulators do so.

On the one hand, you have regulators challenging the industry’s incorporation of certain characters, particularly, into their games such as superheroes and the like, with the corresponding accusation that such imagery will lure children into a gambling arena.

On the other hand, you have an industry which is appealing for common sense from regulators, particularly when steps are being taken to ensure that any free-to-play versions of such games are unavailable prior to the login process, which was the principal complaint made by the Sunday Times.

Once the regulators took hold of the reins, the issue expanded considerably to include a clear prohibition of the use of any such imagery, pre-login, where the relevant character could be of appeal to children, regardless of the fact that there is no ability for any child or young person to interact in any way with that website as there were no free-to-play versions made available pre-login.

Finally, the Consultation references a number of social responsibility initiatives incorporated into British regulation, including the concepts of timeout and self-exclusion.

One needs only to consider the recent public statement made by the Gambling Commission relating to issues faced by Gala Coral to see how seriously the regulator takes these responsibilities.

It will be interesting to see how this develops in the coming months as the Commission’s view of “customer interaction” seems to be somewhat different from the industry’s.

Although the Licence condition and codes of practice (LCCP) requires operators to take steps to interact with customers, we do not have a concept of “intervention” in our regulations.

However, a requirement to intervene has arguably been introduced by stealth through a series of regulatory investigations by the Commission and associated industry learnings, with the consequence that the industry is going to have to approach its relationships with customers in a completely different way.

It is possibly unlikely that past resistance to such interventionist policies, based on the British sense of allowing a citizen to get on with their daily business without too much interference from the nanny state, will no longer justify not challenging a customer and ultimately closing them customer down if they exhibit signs of developing or having a gambling problem.

In November 2016, the Gambling Commissioner cited the need for the industry to “quicken the pace of change” and address a number of what the Commission perceived as regulatory shortcomings.

In the year following, we have seen significant regulatory intervention by the Commission, the CMA, the Advertising Standards Authority and the Information Commissioner.

This intervention will not go away until the industry has, in the Commission’s views, addressed the regulatory shortcomings previously cited.

One wonders whether the next wave of regulatory action will be at that level and whether such actions will produce more and more dramatic consequences for the affected operators.

We haven’t seen any operators lose their licence (or have it suspended) for compliance failings, nor seen any personal management licence sanctioned.

One wonders what will prompt the Commission, with these additional bullets in its belt, to use its ultimate weapons.

The Consultation began on 31 October and ends on 23 January. Anyone can provide their views and we can be sure that many will. The Consultation can be found here: https://www.gov.uk/government/consultations/consultation-on-proposals-for-changes-togaming-machines-and-socialresponsibility-measures