The Czech Republic regulated its igaming sector six months but so far has attracted only PokerStars, who says the market has not lived up to expectations. So what’s going wrong? 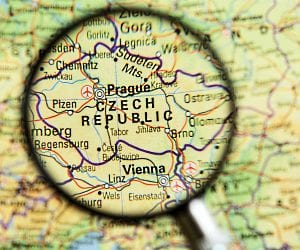 Almost six months on from opening its doors to foreign igaming operators, the Czech Republic has attracted only one, PokerStars, who says the market has not lived up to expectations. So what’s going wrong?

In January the Czech Republic opened up its online gambling market to operators from other EU jurisdictions but it’s fair to say that so far it hasn’t exactly set the world on fire.

In the first five-and-a-half months, the Ministry of Finance, which oversees licensing of gambling operators, has licensed only five operators, just one of which is foreign.

Prior to the new regulations coming into play, only domestic operators could operate legally and foreign operators operated only on an unregulated basis.

The situation for foreign operators was similar to Romania, which opened up its market back in 2015. But unlike Romania, which almost immediately attracted – and has kept – a swathe of Europe’s biggest operators, the Czech market does not appear to be faring so well.

Even PokerStars, the only foreign operator to obtain a licence so far, seems to have buyer’s remorse. “The Czech market has not lived up to our expectations,” says Eric Hollreiser, vice president of corporate communications for PokerStars.

“Unfortunately, the regulation is choking the market and preventing the Ministry of Finance from generating the revenue that we believe it’s expecting. We’re confident that the Ministry wants regulation to work, to be safe for consumers and to generate revenues, but the Czech market is approximately a quarter of the size that it was for us before. That’s measuring apples for apples and is mainly based upon existing players, not new. That’s a problem.”

Sticking points
As is often the case, one point of contention is tax – the Czech system applies the same tax rates to online operators as land-based businesses and the tax rates of 23% for sports betting and lotteries, and 35% for RNG casino games, come on top of corporation tax rates of 19%.

Still, at least these are gross gaming revenue based and not the much-hated turnover taxes imposed by other recently regulated European regions.

But taxes aren’t the biggest problem and in an interview with iGaming Business, Ministry of Finance officials admitted the new system hadn’t been going quite as smoothly or attracted as many operators as had been hoped.

“Usually the foreign applicants have two main issues. The first of them is the face-to-face verification as a primary verification principle and the other one is that our procedures are formal and time consuming,” says Tereza Cejpova, head of the legal and methodology unit at the State Oversight Over Gambling Department of the Ministry of Finance.

Bureaucracy, like taxes, is something operators have dealt with before and in some respects can learn to live with, but the face-to-face verification required by Czech authorities’ interpretation of AML rules seems to be something many cannot.

Although operators can initially sign up a new member online, they must verify their identity in person within 72 hours.

Per Widerstrom, chief executive for Fortuna Entertainment Group, which operates online casino games in Czech Republic via a partnership with Playtech, says he believes this is off-putting for foreign operators.

There are ways around a lack of local presence, for example, players can register at banks, notary offices or Czech Points, local administration points found in places such as town halls, but in practice it can prove “prohibitive for players to sign up” says PokerStars’ Hollreiser.

“The face-to-face verification at the 7,500 Czech Points doesn’t always work as it should and isn’t a process required in other jurisdictions.”

With this in mind, one would think big, established operators with a strong land presence such as Fortuna must be raking it in, especially as the regulator had signalled a strong intention to crack down on operators which continue in the country without a licence? Apparently not, says Widerstrom.

“The Czech regulated market is not yet in a state of performing well,” he says. “The licence process has created a market situation where a number of established online offshore operators have had to cease operation since they applied for a licence.

“However, we do not believe there is less competition as there are new, previously unknown in the dot.cz market, offshore operators that have replaced the more established offshore operators. It should be noted that the Ministry of Finance is still to publish the ‘black list’.”

Taking a tough stance
On this last point Widerstrom is correct, although things are moving in the right direction, according to Jirina Juzlova, head of the state oversight and international cooperation unit, also in the State Oversight Over Gambling Department of the Ministry of Finance.

In February a Czech court ruled that laws blocking websites offering illegal gambling were constitutional, and this week the Ministry handed down its first official decision to block an operator, against Curaçao-based company 1xBet.

The company has 15 days to appeal, after which it will become the first entry on the official blacklist. Once on the list, banks and ISPs will be required to block payments and access to the site.

Juzlova says the Ministry has also initiated proceedings against several other sites, including Jackpotcity, Webmoneycasino and Thelotter.

She adds that many illegal operators left without the need for formal action: “We did some research at the end of last year and we found that there were around 55 illegal operators on the market, even though of course the number was probably much higher but those were the ones that we noticed most.

“And after the new legislation came in we got in touch with them and more than 90% of those have left. Those that didn’t leave voluntarily we started proceedings against. Our instruments against them are either blocking the website using DNS blocking, blocking of payments, and we have the possibility of imposing a fine — it is up to €2m for the illegal operators.”

But as well as taking steps to drive illegal operators out, regulation also needs to allow legal operators to offer products punters want — if they don’t players will simply continue to play offshore, even if it’s difficult.

The transition from the old licensing system to the new one has been positive in some respects, says Widerstrom, but not on the product side.

“The new licensing system brings some advantages with regards to customer verification and fraud mitigation. There are also positive developments with regards to promoting responsible gaming.  On the product side, we rather see limitations and therefore a less attractive proposition for customers.”

Juzlova admits the new regulations are more limiting on the game play side. “We only have six types of games and we have a set of rules for all of them. In the case that they just don’t fall into any of those categories then it is not possible for us to licence them.

“We used to have a provision that would say if it is a gambling game and it doesn’t fall into any category we can still do it if we want to and if we have proper rules in place; but this law is very specific. The new regulation does not have the same provision and we don’t intend to mix any types of games.”

Pokerstars’ Hollreiser adds: “On top of that, modern rewards systems are handcuffed by operators not being allowed to offer tickets, free bets, free rolls or anything that includes a random element, which are allowed under other regulatory systems.”

Poker growth hindered by regulations
The disconnect between players’ (and operators’) desires and the regulator’s stance is particularly acute in poker, which is popular in the Czech Republic as it is in many other Eastern European nations.

The way the regulator is interpreting the regulations is that for a guaranteed tournament an operator must have 50% of the funds before the tournament starts, which doesn’t fit with the way the poker community operates.

“The 50% guaranteed tournament restriction makes it a lot harder to offer attractive recreational-friendly tournaments to our players; and the restrictive cash-only bonus situation is a real step back,” says Hollreiser.

Cejpova says there are two reasons for the 50% rule. “One of them is taxation but actually the main reason is the fact that our political task was to remove everything that would make gambling too attractive from the current games.

“So apart from the lotteries that are deemed less addictive, all the games had to be stripped of any jackpots and guaranteed jackpots have a very similar, or the same effect, because it says that for only $1 you can enter a million dollar pot tournament.”

An added problem in poker is that it isn’t possible to offer games with rake less than 5%, although Cejpova says this has always been the case with land-based tournaments and that operators can give part of this back in their bonus programmes as long as it is not based on chance.

She adds, however, that officials have met with members of the poker community and are looking into the issues: “It really is controversial. There’s nothing to be done about it at this very moment but we do feel the poker community is very unhappy about it and it is definitely going to be part of the reassessment once we get there, which is probably is going to happen around two years after the regulation.”

The Ministry of Finance has said previously it intends to review the legislation two years after it came in, but many will question whether that is soon enough – certainly on the poker front there are hopes the 50% requirement for guaranteed tournaments may change as many believe the regulation is actually being incorrectly interpreted.

Moving forward
As for the other issues turning operators off, it may be the case that they have to wait a year and a half to see if the regulator will realise it isn’t pulling in the number of foreign operators, and therefore tax revenues, it had hoped for.

It’s also possible that the 5th AML Directive, soon to be transposed, will see Czech authorities softening their verification stance and doing away with the face-to-face verification requirements.

In any case, Juzlova says that despite the issues there are currently 10 foreign licence applications in progress and while they are unable to name the operators, she says “amongst the applicants are the biggest European gambling companies”.

And while admitting the market is developing slowly, Juzlova says in some cases this is because operators are not fully complying with their administrative process and not providing the correct documentation.

Nevertheless, she says the message from the Ministry is that it is definitely keen to encourage more foreign operators into the country.

“We are asking for patience from operators and that they be more willing to share the documents that we need rather than trying 10 times to give us documents that are not what we need. Also they have to remember that we are a new market and we are perhaps making our first decisions slower because we want to make sure we get everything right from the beginning.

“But definitely the message is that we are interested in having as many proper operators as we can because we believe that having a big market with varied games is best, as long as it goes according to our rules. And also we will do our best to remove all the illegal competition so they don’t have to worry about competing with the illegal market.”

The Ministry’s intentions and motivations may be good, but at present the restrictive nature of the new law appears to be holding the Czech market back from discovering its true potential.