Luiz Felipe Maia of  FYMSA Advogados says the potential is there for betting and possibly casino to be regulated in Latam's biggest economy. 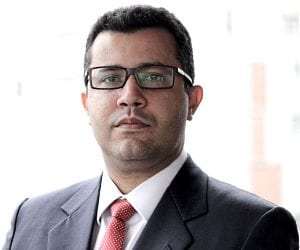 The possible legalisation of Brazil’s igaming market has suffered a number of false starts, with several previous attempts to regulate gambling in South America’s largest economy failing to make it across the finish line. However, Brazilian gaming lawyer Luiz Felipe Maia of Franco, Yoshiyasu, Maia, Simões & D'Alessio (FYMSA) Advogados, tells iGaming Business there are some promising signs that betting at least may soon become legal in this sports-mad nation.

iGaming Business: The possible opening up of Brazil’s gambling market has been going back and forth through legislators for some time. Do you think new legislation will be forthcoming soon?
Luiz Felipe Maia: I believe something may happen in the second semester. Currently, all the political attention is on the labour and the social security reforms, and the government is not willing to make any effort in a different direction, especially in a controversial area such as gaming.

We have heard from the government that they are not going to bring the subject to discussion or support any bill of law until the reforms are passed, a process we expect to be completed by August.

iGB: Which products/channels are set to be regulated under the current proposal?
LFM: There are two bills in progress at the moment, one from the senate and another from the chamber. Both of these regulate casino, bingo, Jogo do Bicho, which is a traditional Brazilian lottery, online betting and sports betting, the only difference being that the chamber bill needs a lot of amendments.

The bill in the senate is a bit more mature, but needs to now be approved with all the amendments recommended by the Constitution and Justice Commission included.

iGB: Which one of those bills has the most prospect of going through?
LFM: In my opinion, the senate version. During the second semester, we may see a third option, another  bill, being proposed by the government. We know that the government is working on a specific bill for sports betting, and also that the Ministry of Tourism is drafting a bill relating to casinos.

So we may end up not having full-scale gaming regulation but just for sports betting and casinos, which will not be a bad outcome.

iGB: Where does online gambling fit in with current proposals?
LFM: In the senate bill, online games could only be operated by Caixa, a government-owned bank that also manages most lotteries in Brazil, and by Caixa’s subsidiaries.

We have heard from the government that Caixa would create one or more subsidiaries and would sell part of the equity to companies which would then be authorised to operate online. The framework is less clear in the chamber’s bill, but theoretically you would have a specific licence for online betting.

We are currently working on some amendments to be presented to the Constitution and Justice Commission which would lift the restriction in the senate bill, so that Caixa would not be granted the monopoly for online betting, only for the payments services.

Caixa after all is a bank. It has the technology in place to operate all payments for the gambling industry, and this would also give the government more control over aspects such as taxation and anti-money laundering.

iGB: What sort of tax regime is proposed and how successful do you think it could be?
LFM: This probably was our first victory in this process because we managed to explain to the congress that taxing turnover as they initially wanted to do would have made the market unviable for operators. So the taxes will now be levied on GGR.

iGB: Given Brazil is a country with such an avid interest in sports, particularly football, do you think the government missed a big opportunity to regulate with the interest around the Rio Olympics and the World Cup?
LFM: Of course. I think it is a common sense view in Brazil that we missed not only one but two huge opportunities with the World Cup and with the Olympics, but the point to remember here is that Brazilians are very interested in many sports, not just football.

NFL is growing fast, NBA has a huge market, as does MMA, and what we have now is a lot of people betting and playing with offshore sites and Brazil is not making any profit from that. Another point is that we don’t have the same negative public perception attached to sports betting as we do to bingo, for instance.

iGB : Could lobbyists for gambling also have used this exposure better?
LFM: We are still trying. We have lived through some very difficult times these past two or three years in Brazil. We had the impeachment of the elected government and then a landslide of corruption scandals, with a third of our senators and a large number of the deputados (MPs) under investigation, so the political environment here in Brazil at the moment is extremely complex.

iGB: Does that mean the government has an added incentive to look for more tax revenues?
LFM: I think they do need to get more revenues. I don’t think gambling is their first option to do that since the public perception of gambling is still more negative than positive here in Brazil. We have some very influential congressmen for and against it, so opinion is quite divided.

iGB: What actions are your clients currently taking to prepare for industry changes?
LFM: I work only with licensed clients. They are currently following all the legislative processes. We are organising some events for a selected audience to explain how the industry works and especially to address their main concerns, which are money laundering, organised crime, responsible gaming and match-fixing.

We will also provide some technical presentations with suggestions of what we believe would be the most adequate regulatory framework for Brazil based on international experience.

iGB: Which verticals do you think will be most popular in Brazil?
LFM: Sports betting first, probably then casinos. It is a very different public and audience to Europe, but I think casino also has great potential here.

iGB: Who do you think the big winners will be from legalisation of gambling in Brazil?
LFM: The country. We have an industry that is here and it is working, but it is operating without generating any taxes or creating any jobs in Brazil, and I think it will be very good for the country to be able to develop this industry and to reap the positive benefits from properly regulated gambling, which far outweigh the negative impacts that we currently receive, in my view.

Clarion Gaming is hosting Juegos Miami, the US-based event covering the Latin American market on 31 May-2 June as well as the Brasilian Gaming Congress in São Paulo, Brazil, on 26-27 June.