A move by one UK bank to allow customers to block gambling transactions has led to both a ripple effect in the financial services industry and an awareness that a cross-sector approach is needed to reduce gambling-related harm, reports Joanne Christie 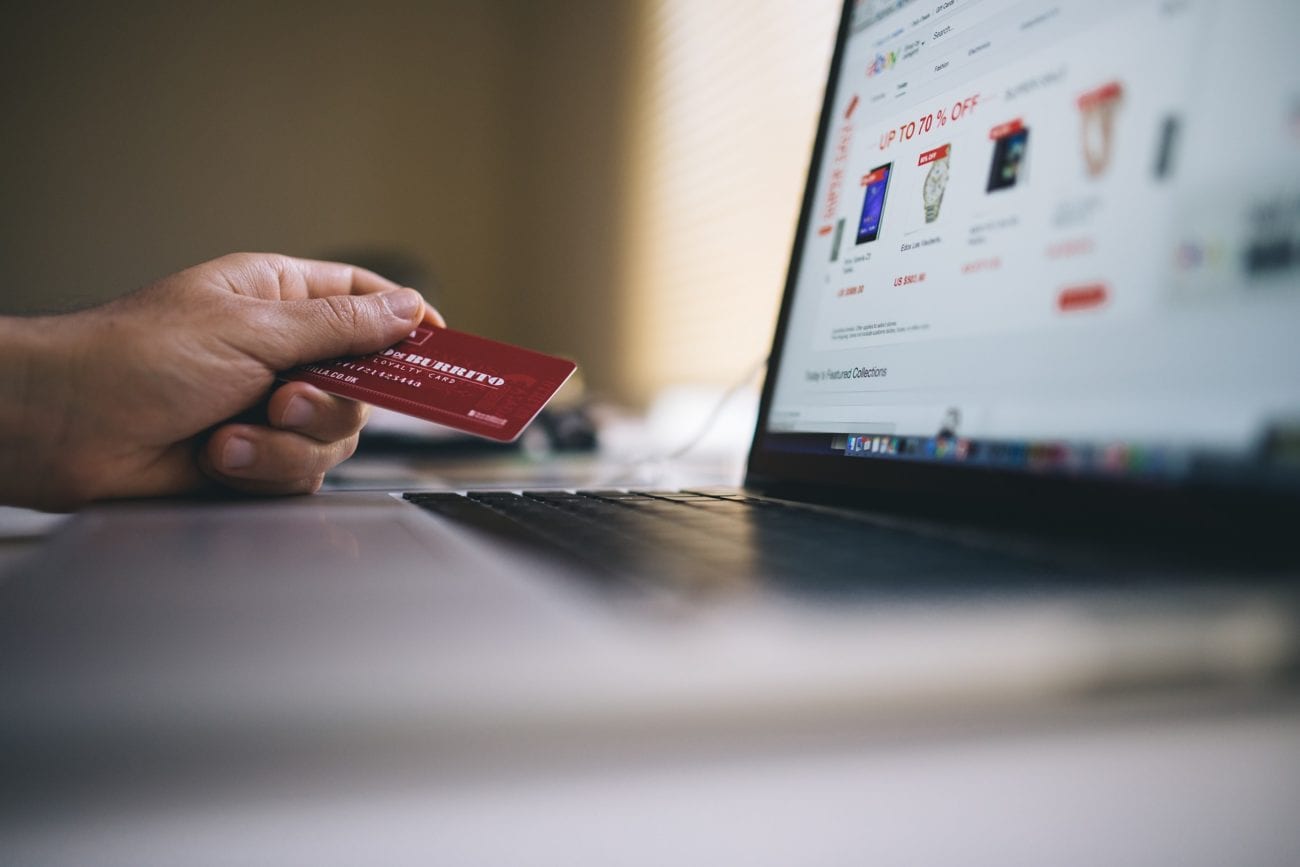 A move by one UK bank to allow customers to block gambling transactions has led to both a ripple effect in the financial services industry and an awareness that a cross-sector approach is needed to reduce gambling-related harm, reports Joanne Christie.

When a recovered gambler called Tony Franklin approached Starling Bank and asked if it might be possible to block gambling transactions to help those with difficulties controlling their gambling, he kick-started a significant shift in thinking about the role of the financial services sector in reducing problem gambling.

Though the perception is often that the issue is caused by the gambling industry and is therefore one it is responsible for solving, if you ask those who’ve experienced gambling-related harm they often have other ideas, particularly given the financial harm so often linked with problem gambling.

Tony Marini, a recovered compulsive gambler and senior specialist therapist at Castle Craig Hospital, where he helps others overcome addiction issues, told iGaming Business last year he saw banks as having a vital role to play in preventing gambling-related harm.

“What I am finding from the people who have problems now is they are using different online sites, so they are spreading themselves around,” he said. “Banks must notice that people are doing all these transactions at different sites.”

Fortunately for Franklin and Marini, not only was challenger bank Starling open to the idea, but its move to introduce the first banking gambling block in the UK was quickly followed by similar moves from other banks.

Starting a trend
“This is now a thing, it didn’t used to exist,” says Starling Bank’s head of corporate affairs Alexandra Frean. “We have had a lot of positive feedback and people have said thank you. When we announced it last year, I think the fact that we were first and that other banks have subsequently done it has meant people are grateful that we kicked off the conversation.”

Shortly after Starling launched its block in June 2018, rival challenger bank Monzo announced a similar block and Barclays was the first high street bank to follow suit in December the same year.

“Banks have worked hard to make it easy for customers to make payments quickly and easily. However, we know that sometimes there can be a downside to this and we’ve thought about how we can introduce friction into the payments process in a way that customers can control,” says Clare Francis, director of savings and investments at Barclays UK.

Since then the likes of Halifax, Lloyds Bank, Bank of Scotland, MBNA, NatWest and HSBC have also introduced gambling blocking features.

So far, all the evidence points to these being a much-needed tool. Frean says about 25% of Starling Bank customers have turned on the gambling block. However, she qualifies that by adding: “I’ve turned on the gambling block on my Starling app and I do not do gambling or gaming, I just turned it on because I can. So what we can’t tell is of the people who have turned it on, how many of them have just done it because they were in the app and saw it there and thought ‘I’ll switch that on’, or because they have an issue with gambling and gaming.”

Similarly, HSBC reported “really positive take-up” shortly after launching its block in November 2019. “We launched on 12 November and through to 30 November we have seen over 6,000 blocks applied already,” says Maxine Pritchard, head of financial inclusion and vulnerability at HSBC. “The really positive note on that is that only around 10% of those blocks have been removed, so people are applying the block and leaving it there.”

The Lloyds Banking Group said in mid-December that across its four brands – Halifax, Lloyds, Bank of Scotland and MBNA – 30,000 debit and credit card customers had signed up to gambling card controls since they were launched at the end of October.

A number of the more recent entrants to gambling blocks have also implemented other measures to assist those at risk of gambling-related harm. NatWest, for example, recently announced it will offer counselling sessions with GamCare staff in 13 of its branches.

HSBC, which says it receives an average of 1,000 calls per month related to gambling, also arranged GamCare training on gambling addiction for its specialist support team, which helps vulnerable customers. “That training really gave the team an understanding of how to open up a conversation and the kind of questions that you might ask,” says Pritchard.

To counter this, in late 2018 a Collaboration Day was organised by Playtech, William Hill and Sky Bet, bringing together representatives from the financial sector, the charity sector and the gambling sector.

“A number of financial services organisations had initiated new tools and services to support at-risk and vulnerable customers and there was an opportunity to bring those sectors together to facilitate cross-sector dialogue, share insights and ideas,” explains Lauren Iannarone, head of public affairs and sustainability at Playtech.

From this event came the idea of a cross-sector initiative on gambling-related financial harm, a project spearheaded by GamCare and officially launched in October 2019.

Megan Pengelly, programme manager for risk reduction projects at GamCare, says the Collaboration Day resulted in a clear realisation that there was a need for sectors to work together to develop consistent solutions to help tackle and prevent problem gambling.

“The strongest theme around financial harm is that really for these different tools and initiatives to be effective they have to be consistent and across the board. What we noticed is that there is lots of brilliant work happening in each of those sectors but: a) not everybody knows what each other is doing; and b) some of the work can be increased and made even better when it is shared and used across the board and informed by each other’s work.

The project brings together four key sectors including banking, debt advice, gambling treatment and the gambling industry, with the aim of developing a best practice framework in three key areas:  communications, identification and proactive tools such as gambling blocks.

Creating consistency
The project’s advisory panel, which includes representatives from HSBC, RBS, Santander, Citizens Advice, Playtech, the Senet Group, the Money and Pensions Service, PayPlan and individuals with experience of gambling-related financial harm, is currently working to map all the services that already exist, before determining how to best standardise these offerings going forward.

There may be opportunities for more initiatives such as the counselling service announced by NatWest, for example. “What we’re really keen on is different locations that people can go and get help,” says Pengelly. “The great thing about going to banks is it reduces stigma. If people have to go out of their way to find a service it maybe makes people a bit more reluctant to do it, so where there are opportunities to get it on the high street and for it to be discreet and linked in with other services, we think that is a really good extra service.”

The gambling blocks that largely set the ball rolling are also one of the items on the agenda, says Pengelly. “We don’t have a big pool of evidence yet; anecdotally problem gamblers are finding it really useful but it is really now about getting consistency within those gambling blocks, so finding out what the best cool-off time is, finding out if you should have to ring up to shut it down. Across the board all the gambling blocks look slightly different.”

A separate project launched in September 2019 to explore the role of financial services firms in reducing gambling-related harm is also looking into this issue. Money and Gambling: Practice, Insight, Evidence (MAGPIE), a partnership between the University of Bristol’s Personal Finance Research Centre (PFRC) and GambleAware, will run over three years with its first six months focused on the effectiveness of spending controls such as gambling blocks.

While some of the gambling blocks can be turned on and off instantly by account holders, others cannot be turned back on for 24 or 48 hours.

At HSBC, for example, there is a 24-hour cooling off period. “We worked with GamCare to define what that solution looks like and we identified that a 24-hour cooling off period was a good period to give the customer time to think and consider whether gambling is right for them,” says Pritchard. “That was definitely suggested as something that would be useful to our customers so that they are not in that hot state where they might feel compelled to gamble.”

Mark Knighton, who has been involved in many responsible gaming initiatives including Svenska Spel’s early efforts to market Playscan, has previously expressed concerns about the effectiveness of gambling blocking software, but says he believes bank blocks could be far more successful than computer software because they could prevent problems from a “root level”.

However, he adds: “But what is the process is if they want to turn it back on again? It may be an issue if it’s easy to do so.”

Though it would be easy to assume gambling operators themselves might be in favour of blocks that are easily reversed, or in fact, averse to the idea of blocks at all as they present barriers to consumers using their products, Pengelly says that has not been her experience thus far. “To my knowledge I don’t think there has been any pushback that I’ve heard of from operators.”

Similarly, Iannarone says: “We don’t want to make money from people who clearly experiencing gambling-related harm. Tools, such as banking blocks, are one of several important ways to help educate and protect at-risk and vulnerable consumers.”

She says that the industry is, in fact, very keen to become involved in collaborative efforts to reduce gambling-related harm.

“There is an authentic commitment to make gambling safer and reduce gambling-related harm and cross-sector collaboration can be a key enabler to make this happen.

“There is no one silver bullet to solve the challenge, you need collaboration across a diverse range of organisations, with complementary skills, capabilities and resources, working together to drive positive change.”