Bitcoin is being heralded by some as the currency of the future, but traditional social factors will dictate how far it goes in igaming. 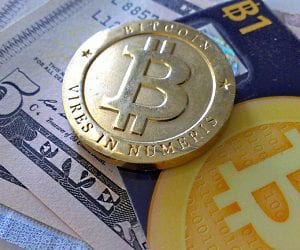 Bitcoin has become a household name in recent years and cryptocurrency is being heralded by some as the currency of the future. This view has been supported by bitcoin’s growth in recent years, but is that set to continue and how much further can cryptocurrency grow in the igaming market?

Bitcoin and cryptocurrency were big topics at this year’s iGaming Super Show (iGSS), with many speakers singing its praises.

In the eight years since bitcoin was developed, it has grown massively, a recent report from ARK Invest and Coinbase estimates that more than 10 million people around the world hold a material amount of bitcoin.

There are approximately 1,081 bitcoin ATMs across 56 countries worldwide and with 51 bitcoin ATMs in London alone, it seems like the cryptocurrency is here to stay.

But will it continue to grow at such a rate and how much further can it grow in the igaming space? Bitcoin is already widely accepted by igaming operators and there are many bitcoin-only casinos in operation.

It was added to the accepted currency list by the UK Gambling Commission last year and has many positive aspects for the igaming industry in particular; such as no chargebacks, fast transaction speeds and traceability.

Craig Wright, who some believe is Satoshi Nakamoto, the creator of bitcoin, spoke of fast global technological growth and illustrated the speed at which it will advance during his presentation at iGSS 2017: “Taking someone from pre-dawn and putting them in a smart car… we are going to do that in the next 20 years, that is what the world is about.”

The speed of technological growth could aid cryptocurrency as it is already developed and is just waiting for the next step, however the broad acceptance of bitcoin within society is what needs to become the norm if bitcoin is to spread and be used widely.

The main hurdles to that revolve around issue of trust. Until consumers really trust bitcoin; and other cryptocurrencies, they will be unable to progress into mainstream usage.

Bitcoin transactions currently occur at an average rate of 3 to 4 a second compared with 1,667 per second for Visa, reports technology news site Mybroadband, however there is a lot of work going on looking at the specification of block sizes, which limits the maximum number of transactions that may be processed per second.

Bitcoin was given a major boost earlier this year when venture capital firm Digital Currency Group posted a pact signed by more than fifty companies on increasing the block size and activating Segregated Witness as a way of verifying transactions.

Cryptocurrency Ethereum is also addressing transaction rate speeds by developing Raiden, a payment channel, which will reportedly use Ethereum smart contracts to increase the maximum speed to as high as one million transactions per second.

However, if, as Wright asserts, computational power is set to vastly increase in the next 10 years it will be able to power faster transaction times for cryptocurrencies.

Faster transaction times is a further string to cryprocurrencies' bow, adding to an already-streamlined verification processes, which allow users to withdraw their bitcoins quicly and is one of the main reasons bitcoin-only casinos have grown in popularity.

There are no lagging verification processes for loading up wallets to begin with, due to the information already being contained within the bitcoin, instead of having to be accessed by a financial institution.

Explaining that dice games take the biggest percentage of this volume, followed by casino, he adds: “Gambling is one of the largest market segments for bitcoin and over US$1bn has already been spent.”

If that spend continues along with the rate of computational growth it is clear that cryptocurrency, specifically bitcoin, will have its place in igaming’s future. And when it comes to power, IBM recently announced its Q division is developing quantum computers that can be sold commercially within the next few years.

Quantum computers use the ability of subatomic particles to exist in more than one state at any time to increase processing speeds and they use far less energy than classical computers. However, some argue that quantum computing could also bring about the means to hack bitcoin, which would render it worthless.

A trust issue
Bitcoin and other cryptocurrencies have found it hard to shrug off  negative associations due to their use with the dark net, for instance, on the now shutdown Silk Road, which was the internet’s drugs, weapons and illegal products marketplace.

There have also been highly publicised incidents where bitcoins have been stolen from ewallets, with no hope of retrieval or insurance to cover the costs, which understandably makes customers nervous.

More recently bitcoin was used by owners of ransomware to demand payment from victims which, although not great for its reputation, did push up demand for the currency.

However, bitcoin and other cryptocurrencies have been fighting back against security and trust issues and cryptocurrency advocates are keen to point out that the payment method has a traceable history of transactions, which means it is hard to use for illegal activities such as money laundering.

Building trust is no easy feat, but the emergence of bitcoin ATMs is one step towards doing that. Advocates of cryptocurrency realised early on that everyday users of bitcoin may not be able to fully embrace the currency without some tangible evidence of it, so users can buy bitcoins from a specific ATM kiosk and receive a paper receipt for their purchase.

In Switzerland there is even a town devoted to cryptocurrency. By 2014 Zug, a town of 30,000, had become known in the financial world as Crypto Valley after it consistently attracted entrepreneurs focused on digital currencies.

Cryptocurrencies are also experiencing massive growth in Asia where people approaching retirement age are jumping on the currency to supplement low interest rates on savings. They hope that the growth of the value of bitcoin will outpace the money gained as interest on their money in central banks.

This was given further traction in Japan in April when it began to accept bitcoin as a legal payment method.

What of igaming?
Online gaming seems like a logical place to use cryptocurrency as its online environment matches the digital currency format and allows for fast transactions and verification, plus players are already accustomed to paying for the service online.

Marc Kenigsberg spoke about the evolution of bitcoin-only casinos, highlighting the fact that when they emerged they looked graphically inferior to traditional online casinos, but that they are now interchangeable in appearance, with a bitcoin-only casino no longer able to be recognised by its poor graphics.

He says: “Withdrawal speeds are also greatly increased with bitcoin and bitcoin casinos have, on average, more than 100 more games than traditional online casinos.”

The internet of things, where everything is technologically connected, will likely be a cheap option in the future, Craig Wright said during his talk, with a tablet costing potentially less than a cup of coffee in 10 years time.

The folllow on from this is that affordability and connectivity will make using cryptocurrency to make payments automatically and gamble online just as accessible.

For Wright however, bitcoin is really about ensuring security to enable authentication, with the concept of a digital identity built on strong reputation. “Some things we will look at will be key security,” he said.

Bitcoin was developed to move away from centralised banking control, using a peer-to-peer network for authentication, in order to remove power from just a few institutions.

It has been embraced by many who see it as the path to true freedom over their finances instead of putting them into a bank or financial institution. This freedom and advancement in technology in turn leads to more choice.

But in the end it is the 'traditional' factors, such as strong reputation and security, that will enable cryptocurrencies to thrive and allow their use in igaming to increase.