This week’s Global Gaming Expo marked the first time much of the US industry had met in person for the past 18 months. Buck Wargo reports on the week’s discussions for ICE365. 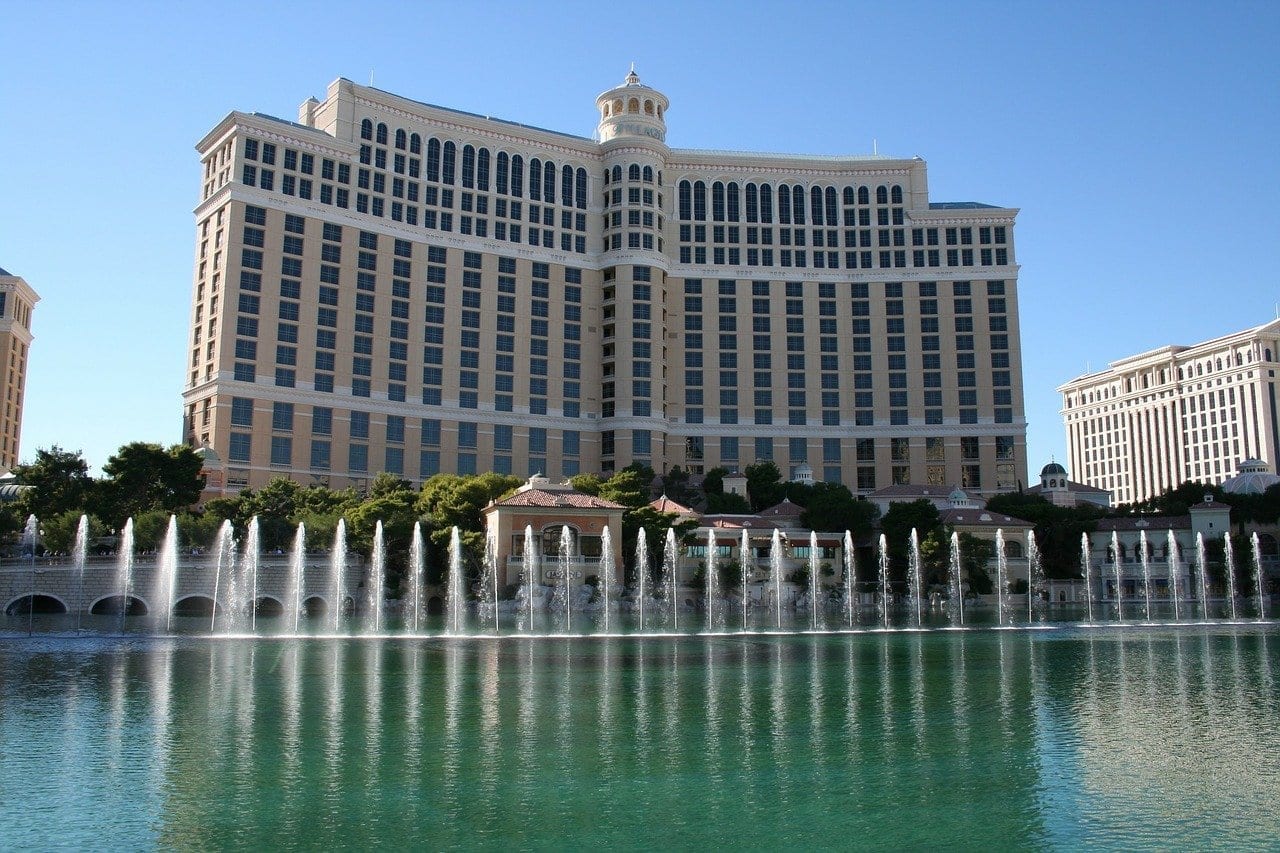 At the Global Gaming Expo in Las Vegas this week, the US gaming industry celebrated its resilience, that it’s thriving while navigating Covid-19, and that even better times are on the way once the pandemic subsides.

For an industry tired of Zoom calls and virtual events, it was a chance to meet in person after the 2020 G2E was held online – the first time many of them met face-to-face in more than 18 months. But it wasn’t a full return to normal. The attendance took a haircut, with a lack of international visitors and vendors – especially those from Europe – as US travel restrictions remain in place until November.

Final headcounts haven’t been published but some attendees and vendors speculated attendance was down at least 25% from 2019 when there were just under 30,000 people. G2E required attendees to show proof of vaccination, which was a seamless process, and even then everyone had to wear masks.

“A year ago, this hall was empty”

“Thousands of our international colleagues couldn’t join us in person, but having all of you here marks an important milestone in our industry’s recovery,” said American Gaming Association president and CEO Bill Miller. To me, the theme of this year’s G2E is resilience.

“A year ago, this hall was empty. Even casinos that were open operated under restrictions designed to prevent the spread of the virus. The result was steep, unprecedented declines in every industry category. One year later, we’ve come roaring back with the best results in our industry’s history.”

Miller set the tone when he announced that during the first seven months of 2021, commercial gaming generated nearly $30bn in revenue – about the same as the industry’s total revenue for all of 2020 – and on a record pace to beat even 2019.

“Slots, sports, and igaming are all way ahead,” Miller said. “Tribal gaming is also coming back strong and suppliers’ sales pipelines are filling up.”

The AGA released its Gaming CEO Outlook, which shows confidence in expanded industry growth with almost half of the executives expecting improved business conditions in 2022, though they were concerned with supply-chain issues and labor shortages.

“I have never been more excited about the future of Las Vegas,” Wynn Resorts Matt Maddox said during a panel of resort CEOs. “Our demographics are shifting so much. We have seen so much growth of (younger) people coming to our properties and actually gambling. Remember in the old days people said millennials don’t gamble. That’s not true.

“What we’re seeing is people have realised that the experiences they get in Las Vegas they can only get here,” Maddox continued. “You can only get Drake at a nightclub at the Wynn. This weekend Justin Bieber is going to pop up at four different restaurants. Now you can go to a football game or UFC fight or hockey game on the same weekend. When you think about what this town has to offer, it’s just getting started.”

MGM Resorts International CEO Bill Hornbuckle also said millennials have been showing up, and what’s been interesting is the pick up in their slot play. Between the ages of 25 and 45, there’s been a 25% to 30% rise in slot volume, he said.

“What’s encouraging to us is a lot of our 65-plus customers have not come back yet because of Covid concerns,” Hornbuckle said. “As we stabilise, I’m really excited about the future. The meeting and convention business is down but it’s coming back, and we’re looking for it to be much brighter in that space. We’re really optimistic. There’s a lot going on in the community with sports and other activities and to Matt’s point you can’t find that in any other place in the world.”

Zachary Levine, a vice president of table games strategy at MGM Resorts International, said younger players that gravitated to casinos to gamble during the Covid-19 pandemic are “here to stay.”

MGM has even pivoted to putting more roulette wheels on its floors because it’s popular with the younger crowd. The notion that younger people wouldn’t gamble was misguided given that over the course of human history people like games of chance, he said.

“You had a customer base where a lot of 20-somethings in which their trip into town was dinner, a show and a nightclub, and there might have been no gaming activity at all,” Levine said. “For the bulk of the time in 2020, there was no show and no nightclub. So we as the casino were the entertainment. That customer is here to stay. I think one of the things we may have permanently done is get the younger demographic to think of gambling as part of the trip or a significant part of the trip. They have discovered how much fun our product is.”

This year’s buzz was payment modernisation and cashless gaming that’s been adopted more and more in the US during the pandemic and continues to expand. It’s especially popular with the younger players casinos are trying to entice.

There were fewer educational sessions held during the week with the lower head count, but it was a lot less noisy and less crowded on the showroom trade floor where vendors scaled back on some of their multi-million-dollar displays of the past. That didn’t bother a lot of vendors selling everything from slot machines and table games to technology centred around igaming and sports betting, which are expected to continue their growth this decade, albeit at a slower pace for igaming.

“We’re glad to be here,” said Mark Gasser, president of Ohio-based Gasser Chair which supplies chairs throughout the casino floor and hotel. “We’re glad to see the turnout. I know it’s lighter than it used to be, but the people that are coming have projects and are serious. We don’t have as any tire kickers as you usually have a trade show. We’re glad we made the decision to participate in the trade show.”

The show also had a virtual component to watch some of the more popular sessions. G2E Event Director Korbi Carrison said they’ve already heard from vendors who couldn’t make this year’s show are already gearing up for 2022. In-person conferences are here to stay, she said.

“That won’t go away,” Carrison said. “That will continue, but gathering in person is just something that can’t be replaced. We will continue to offer some virtual operations throughout the year, but nothing can match the experience of face-to-face.”

Brendan Bussmann, Global Market Advisors partner, said it’s great to have conventions like G2E back and it shows what’s to come in Las Vegas as it continues its recovery.

“Granted it was smaller and a little more intimate, but it didn’t mean business hasn’t gone on,” Bussmann said. “It’s good to reconnect with people but talk about new opportunities. Gaming is a mainstream entertainment, and it’s come back roaring for the good post-pandemic.”

Josh Swissman, casino industry consultant and founder The Strategy Organization, said it’s clear walking around the tradeshow floor that there’s fewer booths and fewer people but “it feels every bit as busy as 2019 in terms of productivity.

“Whether you’re talking about the educational sessions or show floor, I think the overwhelming theme is that people realize when meeting in person you are infinitely more productive than trying to have a virtual tradeshow or educational series. These happy little collisions when you run into somebody you haven’t seen in a while can lead to big opportunities and meaningful dialogue. You can’t have those in a virtual setting.”