William Hill's sponsorship of the 2016 Australian Open, the first time the event had an official betting partner, was a milestone. However, reaction on social media was not positive, explains Joakim Nilsson of the iGaming Business Social Monitor. 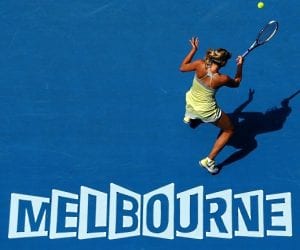 William Hill has been pushing into the Australian online gambling market in a major way since it bought local betting operator Tom Waterhouse in August 2013 and its tennis sponsorship of the 2016 Australian Open, the first time the event had an official betting partner, was a milestone. However, social media reaction towards the group and the industry in general was not positive, explains Joakim Nilsson of the iGaming Business Social Monitor.

The Australian Open meant another Grand Slam win for world number 1 Novak Djokovic but it was also a major event for William Hill.

William Hill made sure it fully capitalised on the sponsorship, TV adverts were produced and aired throughout the tournament and its Twitter account was full of competitions such as #ChaseTheAce where punters were refunded AUSD$1 per ace their staked player hit.

Novak gets the #ChaseTheAce ball rolling with a 199km/h down the T! #AusOpen pic.twitter.com/cJM5ens4XT

Given William Hill’s status as sponsor of the tournament I was keen to understand the online buzz surrounding bookmakers and the Australian Open – and effectively trying to measure the effectiveness of William Hill’s sponsorship.

Who was being talked about and what did they say? In order to understand this I used data from the iGaming Business Social Monitor solution and created a new dashboard with a couple of new search queries filtering out all online buzz related to bookmakers and the Australian Open only.

For those data savvy readers of you, here’s the search query string used:

The below chart shows the volume of online mentions in English language across any online channel about the Australian Open and bookmakers between the 10th of January and 1st of February.

For example if someone posted a blog article or tweeted: “I’m placing a bet on Djokovic to win #WillHill #AusOpen” it would be counted as one (1) mention in the below chart.

Knowing that William Hill is sponsoring the event my first assumption is that it would top the charts of mentions. But at just over 2,000 mentions, Hills is beaten by online rival Bet365 by a few hundred mentions.

Analysing the data around the Bet365 mentions, it turns out that most of them revolve around the live streaming of matches on its site. I also found it interesting that Paddy Power, otherwise a huge brand in these circumstances, only had 3-400 mentions.

However, the William Hill sponsorship of the Australian Open turned out to be very controversial. It coincided with the BBC and Buzzfeed publishing a major story on match-fixing related to top ranked players over the last decade.

The public and players alike were, on the whole, opposed to a betting company sponsoring the tournament. Finalist Andy Murray said eh “wasn’t really pro” the deal and described it as “hypocritical” on the part of the tennis authorities while world number 1 Novak Djokovic said it was “borderline”.

Subsequently we can see here in the graph below that the sentiment for William Hill surrounding the tournament was very negative.

It wasn’t only the players who turned against William Hill, Twitter was also full of angry or sarcastic tweets about William Hill adverts following stuck in the middle of news reports about match-fixing in tennis.

William Hill reported a strong uplift in in-play betting and overall turnover thanks to its sponsoring of the Australian Open but the public and the players’ reaction is clear evidence that much harm was also done to the group and the industry as a result of this sponsorship.

Coupled with the BBC-Buzzfeed report and the fact that tennis is a sport that is often the subject of match- or spot-fixing allegations, the backlash against William Hill was not what the group’s Australia boss Tom Waterhouse would have had in mind when he first announced the sponsorship back in October.