Media rights dominance, pay out ratios and competitive offerings will play key roles in deciding whether Tabcorp-Tatts merger goes ahead or not. 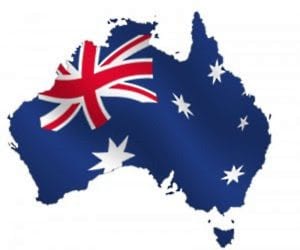 The Tabcorp-Tatts merger hearings have concluded and as Tabcorp tries to convince Australian authorities that the deal will be good for racing Down Under, the issues of media rights access, pay out ratios and competitive offerings will play key roles in deciding whether it goes ahead or not.

It is fair to say Australian tote operator Tabcorp has faced a number of hurdles in its bid to take over rival local firm Tatts and the weekend news that the Australian Competition and Consumer Commission (ACCC) had formally opposed the deal will provide further ammunition to the corporate bookmakers who have voiced their opposition to the deal.

After talks between the two groups, which between them run the horse racing totes in all Australian states apart from Western Australia, broke down in late 2015, the pair re-entered negotiations last year.

But after announcing that they had reached a deal in October last year, Tabcorp was almost upstaged by a surprise bid from a consortium of Macquarie, Morgan Stanley and KKR.

The racing giant said in March that this was because the ACT was able to balance the public benefits of a deal against any competition concerns, whereas the ACCC was “limited to assessing whether a proposed acquisition is likely to substantially lessen competition, and is not able to take into account countervailing public benefits”.

But its ACT application promptly attracted three applications to ‘intervene’, all of which were permitted by the ACT. At first glance, the trio of opponents — CrownBet, Racing.com and the state of Victoria’s racing bodies — may seem an odd mix but there’s a central theme motivating the three: broadcasting rights.

Tabcorp holding almost all media cards
Although igaming firms have made significant headway in Australia’s lucrative sports betting market, when it comes to racing they are significantly hampered by Tabcorp’s near-total domination of racing media rights via its ownership of Sky Racing.

Indeed, the ACCC listed in its Statement of Issues on March 9 one key issue: “The combination of Tabcorp’s Sky Racing vision broadcasting business with the retail networks of Tatts may raise concerns by increasing the degree of market power in dealings with licensed venues and racing media rights owners.”

Victorian racing clubs have entered into an agreement to license digital and free-to-air rights to Sky Racing rival Racing.com and a number of bookmakers, while William Hill holds digital rights in NSW.

Sky Racing does not allow online betting and gaming firms to advertise on its channels, or use any of its broadcast material online, limiting their visibility to the most captive audience of punters in Australia.

Racing still accounts for the lion’s share of wagering in Australia — in the last set of Australian Gambling Statistics, released in August last year, racing turnover was $AU2.8 billion, compared with $814 million for sports betting.

Online gaming firms — and it’s worth pointing out here that although CrownBet is the official intervener in the Tribunal hearing, it is supported by Sportsbet, Ladbrokes, Betfair, Bet365, William Hill and Unibet — argue that Tabcorp’s domination puts them at a competitive disadvantage, particularly in a sport such as racing, which lends itself to online and mobile replays due to the fast nature of races when compared with a sport such as football.

The state racing bodies, which apart from the Victorian organisations, are in support of the merger, have largely dismissed the media rights argument. A statement from Peter V'landys, chief executive of Racing NSW, argued: “The suggestion that the proposed transaction will have any impact on competition in the market for broadcasting of racing vision is a complete furphy.”

For those unfamiliar with Australian slang, a furphy is akin to an absurd rumour; an improbable story.

Shutting out the competition
But it could be argued that racing bodies have little choice but to support Tabcorp due to the immense power it wields over what punters bet on because it effectively decides what they view.

“A preliminary issue is whether, as the dominant broadcaster of racing media content, Tabcorp/Sky is able to influence the level of wagering turnover generated by a race. For example, by determining whether races are broadcast on the primary wagering channel (Sky Racing 1) or demoting races to the secondary wagering channel (Sky Racing 2) or otherwise engaging in ‘blackout’ conduct where vision for a race is not broadcast on Sky.

“This relates to whether Tabcorp/Sky currently has a significant degree of power or influence in its dealings with racing bodies because returns to racing bodies are driven by the amount of wagering that occurs on their racing product,” said Racing.com’s application to intervene.

Racing bodies defend Tabcorp’s dominance by saying that it protects funding for racing. Indeed, various submissions to the Tribunal have pointed to the state of racing in the UK, where many of the major online betting firms currently active in the Australian market originate from, as an example of what they don’t want to see emulated Down Under.

A statement from Andrew O’Toole, chief executive of Thoroughbred Racing Northern Territory, said: “By comparison with tote-funded countries, such as Australia, the return of funding to the British racing industry from wagering through the Horserace Betting Levy has been poor. For example, in the UK in 2015 the equivalent of A$21.3bn was wagered from a population base of 64 million people, and only A$106m was returned to the UK racing industry.

“In Australia, in 2015, with a third of the UK's population (23 million people), state TABs turned over A$13.8 billion, and the industry received close to A$5 billion in funding.”

Whether or not Tabcorp is able to satisfy the ACT that this benefits the public enough to outweigh competition concerns, as opposed to benefiting just the horse racing industry, is the question at the heart of the debate.

Certainly online betting firms (‘corporate bookmakers’) would argue that the public benefits in a major way from the greater competition they provide and that although their contribution to racing may be lower, they do pay a race field fee on racing wagering.

In his submission to the Tribunal, Nicholas Tyshing, chief operating officer of Crownbet, said Tabcorp was losing out to corporate bookmakers through its own actions in taking the highest takeout rate (pay out ratios) possible.

He added that “corporate bookmakers offer punters better odds, on average, for placing wagers with them for a given race than would be offered by a totalisator. This is true of both fixed odds and derivative products. In other words, totalisators charge punters a higher price — in the form of lower expected returns from betting — for placing wagers with them, as compared to corporate bookmakers”.

The question of low pay out ratios is not unique to Australia and is replicated across many other markets, with incumbent totes dominating the market and in no way inclined to make room for others.

The experience of Racing Victoria, which has unbundled its digital rights from its broadcast rights and licensed them to a number of other companies, including Racing.com and bookmakers including CrownBet, also raises questions over whether racing bodies are really likely to lose out if they facilitate punters betting with bookies instead of totalisers.

A number of submissions have pointed out that Racing Victoria has enjoyed stronger turnover growth since widening media distribution to bookies, which it has specifically attributed to the combined media distribution model increasing wagering.

Not playing fair?
Questions have also been raised about whether or not Tabcorp should wield such immense power over the clubs with TAB outlets. Tabcorp’s past behaviour, particularly in NSW, would seem to suggest that it’s not afraid to use all of its power when it senses even a whiff of competition.

A number of opponents to the merger wrote statements referencing the fact that after ClubsNSW, the trade group representing racing clubs ion NSW, announced it had entered into a corporate partnership with CrownBet to provide digital wagering facilities — clubs rightly realising that punters were often visiting their outlets but then betting on mobiles with bookies rather than actually spending in the retail branch — some clubs in NSW received threats from Tabcorp that it may restrict their access to Sky Racing or increase the price of Sky Racing if the clubs entered into an agreement with CrownBet.

Some individual club owners also spoke out against Tabcorp based on other past behaviours. One, Timothy Wright, general manager of Greenbank RSL Services Club in Queensland, said: “I have two concerns if the proposed merger proceeds. The first is the potential for the merged entity to price gouge in relation to the price of Sky Racing by significantly increasing the price of it.

“The second is that the merged entity may restrict vision. In relation to potential price gouging, I hold this concern because Sky Channel has tried to significantly increase the price of Sky Racing in the past.”

Another, Michael Wilson, chief executive officer of Ashfield Bowling Club in NSW, said: “Based on my experience in dealing with Tabcorp it adopts the position: ‘It's our way or no way’. I am concerned that if the merger proceeds, this level of power that Tabcorp already has will extend into other states.”

Several opponents referenced a spat between Tabcorp and its proposed target itself – via its digital channel UBET – in which Tabcorp shut down access to Sky Racing after UBET refused to a huge price hike when its previous contract expired.

Others have claimed that Tabcorp hatched a plan to charge punters more on weekends and during carnivals with Uber-style surge pricing, and also ask for increases to the takeout rate.

Of course, it could be argued that Tabcorp’s heavy-handed behaviour will be its own downfall – a number of clubs making submissions to the tribunal noted that TAB outlets were a loss-leader and small business owners are only likely to put up with this to a point where ancillary business makes up for it.

And punters are clearly already turning to bookies offering better odds; if Tabcorp makes its prices even more uncompetitive via higher takeout rates or weekend surcharges this is only likely to continue.

But it will undoubtedly be a blow to igaming firms if the merger goes ahead as although Racing.com has indicated it plans to bid against Sky Racing for media rights as and when they come up, its chances of success are far lower against a Tabcorp that controls all states bar one.

The ACT will issue its decision on June 13, but if the merger is given the green light and Tabcorp continues to control almost all racing broadcasts, the odds behind online betting firms getting ahead of the racing totes in Australia do not look good.